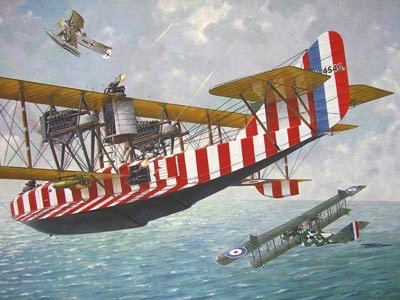 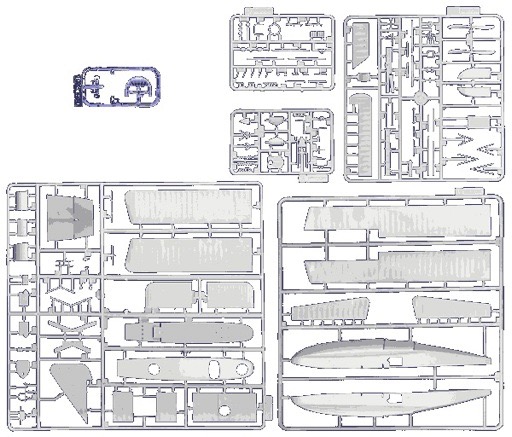 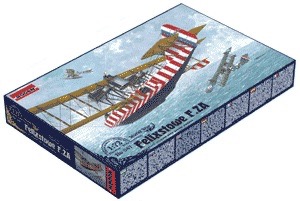 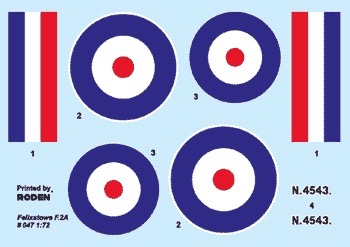 British flying boats like the Felixstowe F.2A and the Curtiss H.16 had powerful defensive armament which gave them a good chance of beating off an attack from most directions, but on many occasions German pilots attacked the big flying boats from their blind spots; the British gunners couldn't return fire without damaging their own tail unit. This new tactic proved successful, and the British designers were challenged to come up with an answer.

One standard late-built Felixstowe F.2A was specially equipped with an additional gun position in the middle of the upper wing, with a curved cupola provided for the gunner. This position was ideal for upper hemisphere defense, because with a 360 degree field of fire there were no blind spots for enemy fighters to exploit.

This modified aircraft (serial number N4543) was delivered to 230 Squadron on July 6, 1918. There is little historical data about its successes or failures but it is known that it attacked a U-boat with a bomb on July 9, 1918.

Any plans to fit this extra gun on other Felixstowes were cancelled as the war approached its end; attacks by German naval fighters were now rare.

N4543 served until November 9, 1918, when it suffered a forced landing due to a fuel system problem and sank. And so ended the first attempt to create a 'fortress boat'; British designers would return to this idea on the eve of World War Two.