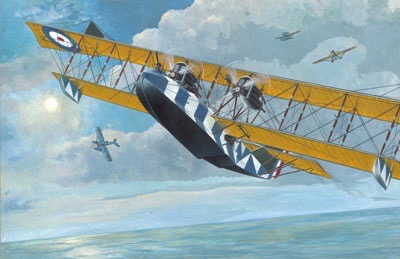 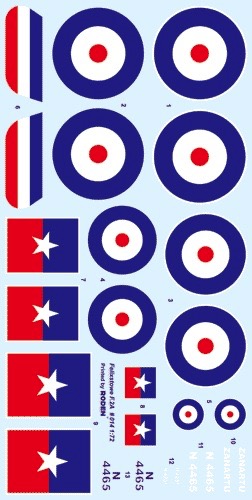 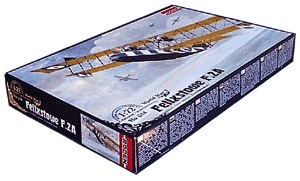 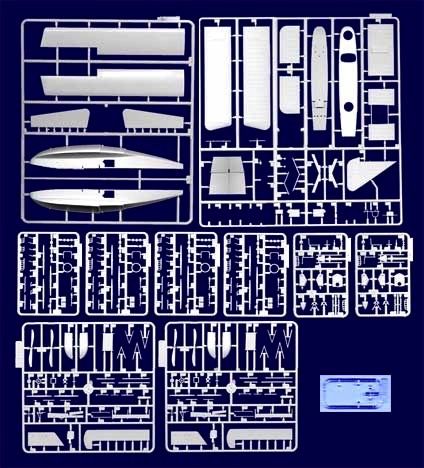 Without any doubt, the Felixstowe flying boats can be considered to be among the best aircraft of WWI. Like their cruisers at sea, or the first tanks on land, these planes embodied the might and resilience of the British Empire. An impressive performance and a great range when flying long patrols over the North Sea contributed to its great popularity with marine pilots.

&nbspThe history of this plane is closely connected with the name of Lieutenant Commander John Cyrill Porte RN, a talented English officer. At the dawn of aviation John Porte foresaw much of its potential for serving military purposes.

&nbspBefore the beginning of WWI, John Porte started co-operating with American aircraft designer Glenn Curtiss. They were driven by the common effort to improve the flying boats of the time, as they believed that flying machines could be used in various tasks, military tasks in particular. The 'America' flying boat, the biggest at that time, was one of the results of their co-operation. It was intended to test this aircraft in a transatlantic flight, but the war wrecked these plans.

John Porte returned to Great Britain soon after the start of war. He was not admitted to front line service due to poor health. However, he was appointed to the command of a training unit in Hendon. Later, Porte became the commander of the naval air base at Felixstowe. While occupying this position he started to persuade the authorities to purchase Curtiss flying boats of the H-4 type, which in fact were the military version of the transatlantic 'America' boat.

Machines of this type were soon transferred to the base at Felixstowe. However, shortly after the first test flights pilots referred to these machines as "absolutely unfit for active action and stupid planes". In spite of this, Porte began his own program to improve the H-4. The innovations were to do with re-design of the steps of the planing hull, replacement of the unreliable and low-powered Curtiss engines by Hispano-Suiza engines, and overall strengthening of its structure. The type had the semi-official name F.1, but it could still not meet preliminary technical requirements. As one of the solutions to this problem, it was decided to install a new more powerful engine, the Rolls Royce Eagle 1 - this version of the plane had the name H.12 and was built in quantities of a couple of dozens. Even after this Porte did not cease his research directed towards further improvement. The most significant innovation implemented on an H.12 was replacement of the one-step hull by a two-step hull; also, the plane was fitted with new modified Rolls Royce Eagle VI engines. This machine received the name F.2A. Soon the Saunders firm started producing the type, and the Aldous, Dixon Brothers & Hutchinson, Summers & Payne, and Norman Thompson/H.Williams companies received orders for building hulls for this flying boat. The building of such a big aircraft was accompanied by significant difficulties, and the Saunders firm alone as major sub-contractor could not cope with such a complicated task. Also, the Curtiss company started mass production of the F.2A under the name H.16. By the end of the war, over one hundred F.2A boats were built.

The big flying boats were of great strategic importance. From the very beginning they were transferred to those air bases where their fighting efficiency could be used to the maximum - Calshot, Dundee, Felixtowe, Houton, Killingholme, Westgate, and Great Yarmouth.

In the middle of 1917 the submarine fleet posed a serious threat to the security of Great Britain. Therefore, detection and destruction of submarines were first priority tasks for the F.2.A. As a rule the patrol zone was divided into octogons 60 miles across, and the planes conducted long patrols in search of German submarines. Other important targets included the German Zeppelins which threatened British warships.

Its solid construction and numerous machine guns made the F.2A a tough opponent for German patrol planes. Only the appearance of the Hansa Brandenburg W.29 in 1918 changed the situation to the advantage of the Germans, but for a short time. On July 4th 1918 three W.29 planes commanded by the famous ace Friedrich Christiansen shot down three F.2As in 20 minutes, while patrolling the sea zone near Zeebrugge. However, such incidents were more an exception than a rule. The war was coming to an end, and not only the F.2A of Saunders manufacture, but also the American licensed H.16 were arriving at naval aviation units. After the end of the war, the big flying boats turned out to be redundant, as there was no further need to patrol the coast line. Most of the F.2As and H.16s were retired, and some of them were transferred to Canada and Chile.

Simultaneously with the termination of military service of the big flying boats, their creator passed away. John Porte died due to serious illness at the age of only 36 years one year after the end of the war. However, his dedicated work and design genius will live forever in the history of aviation.