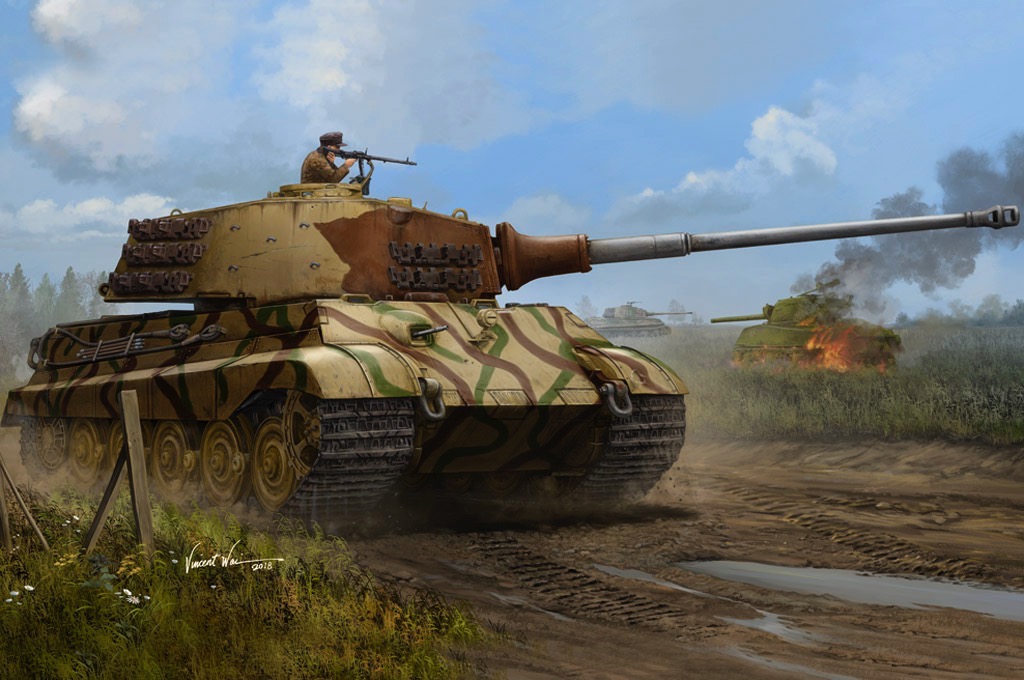 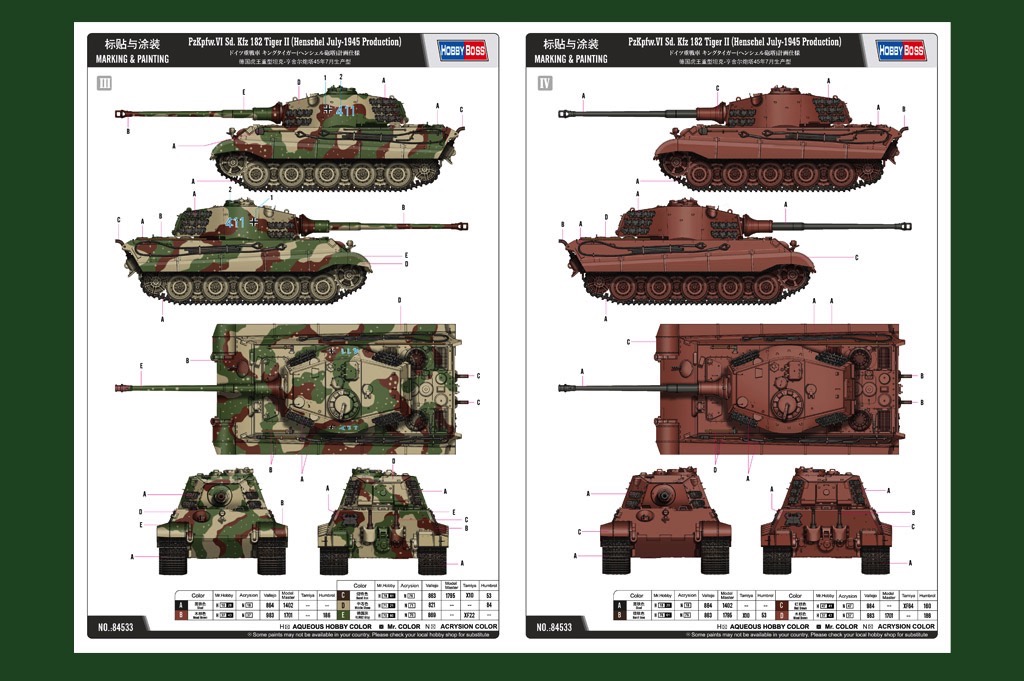 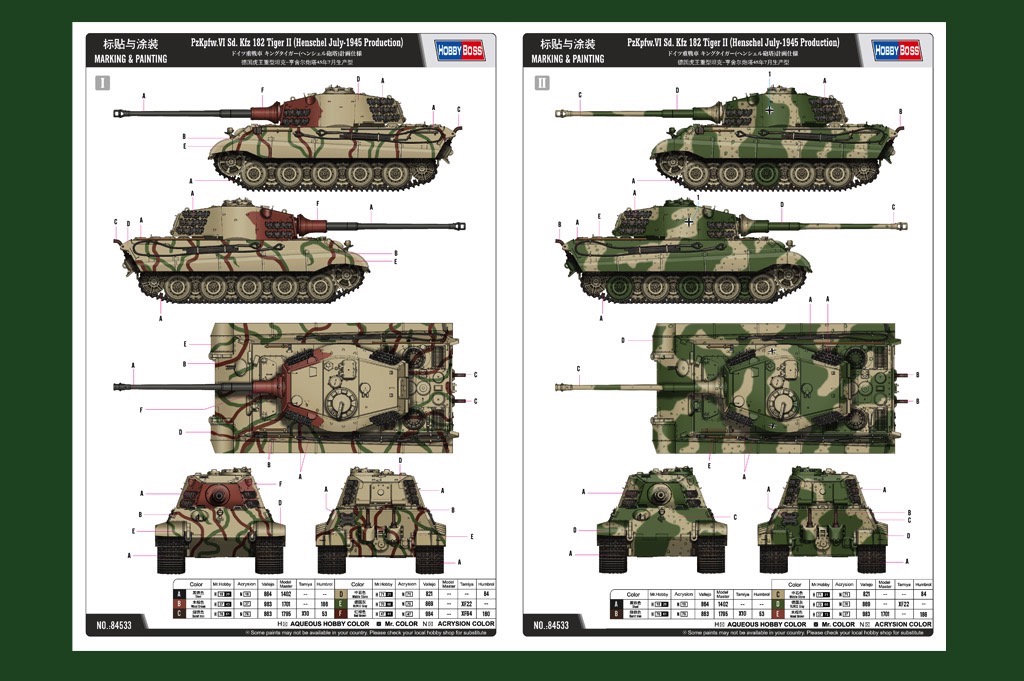 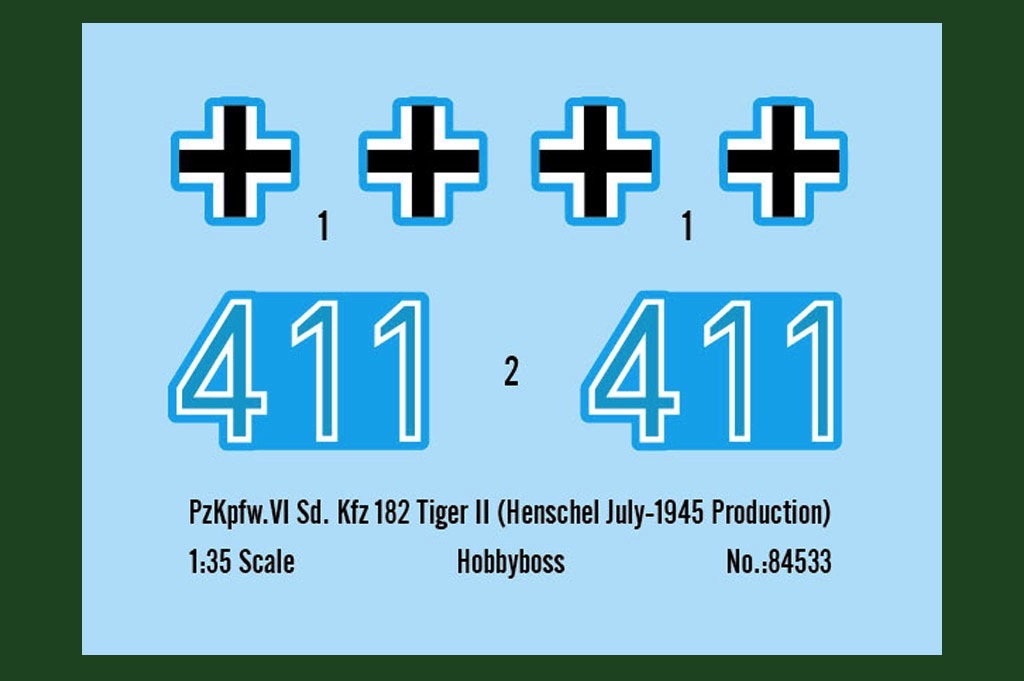 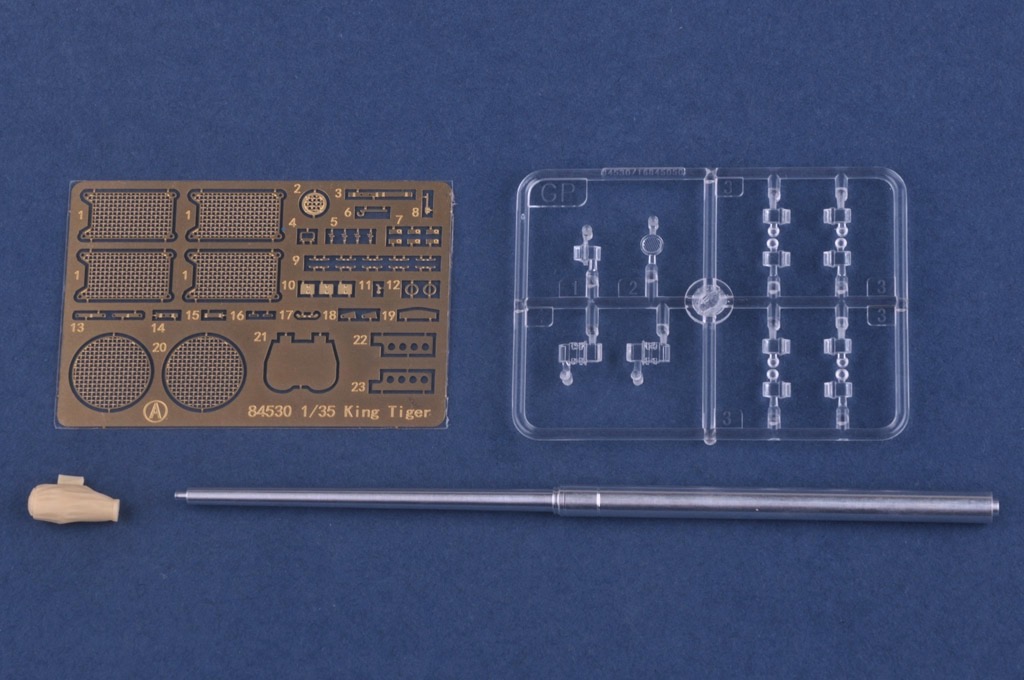 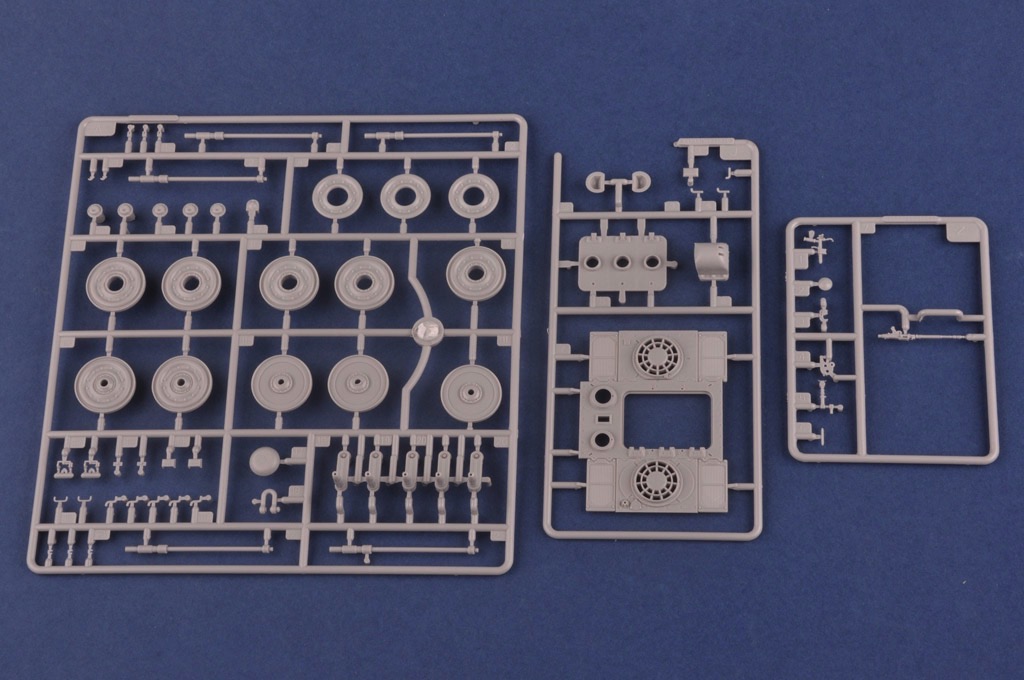 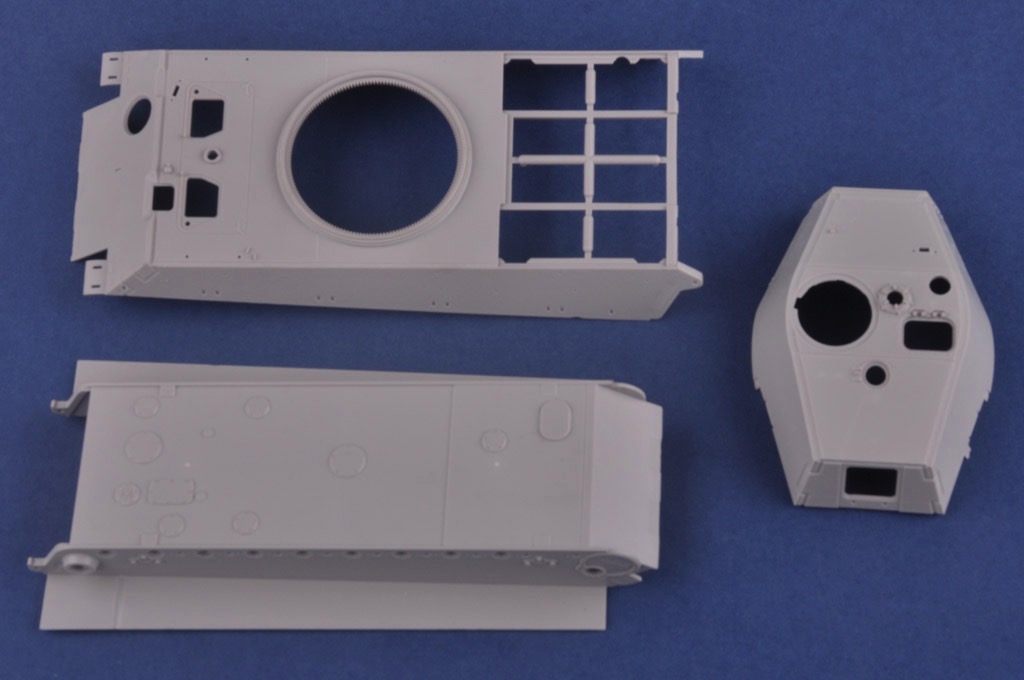 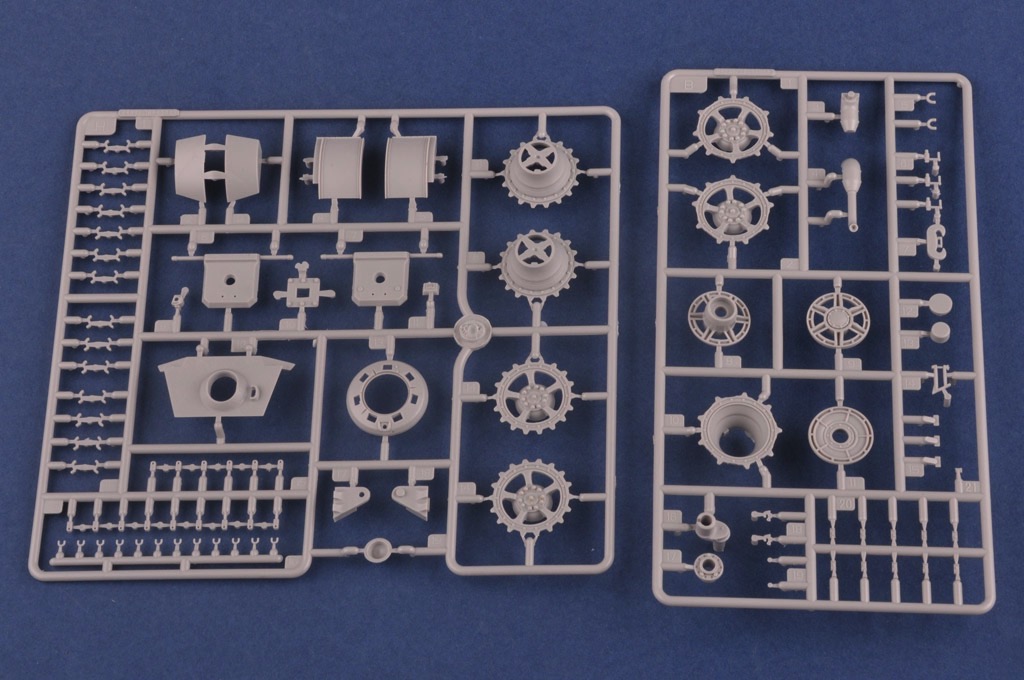 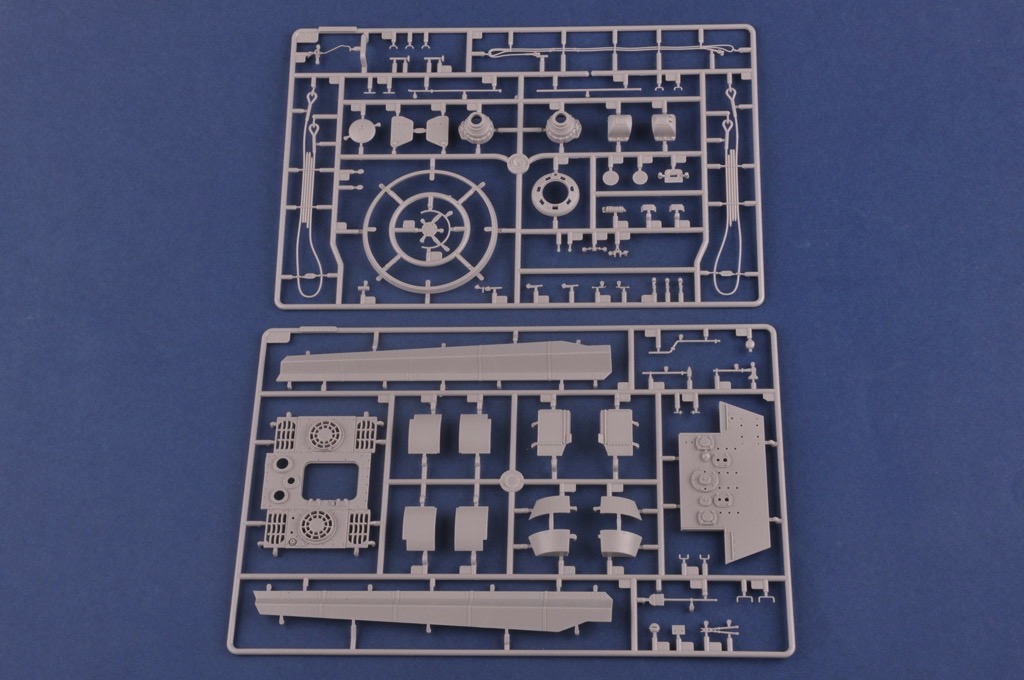 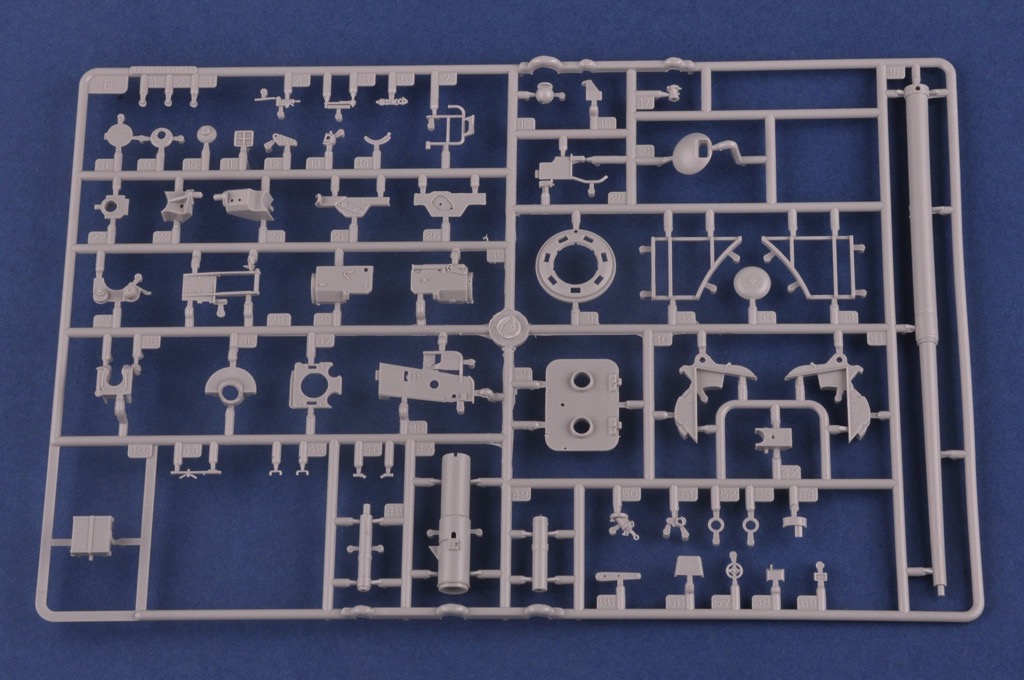 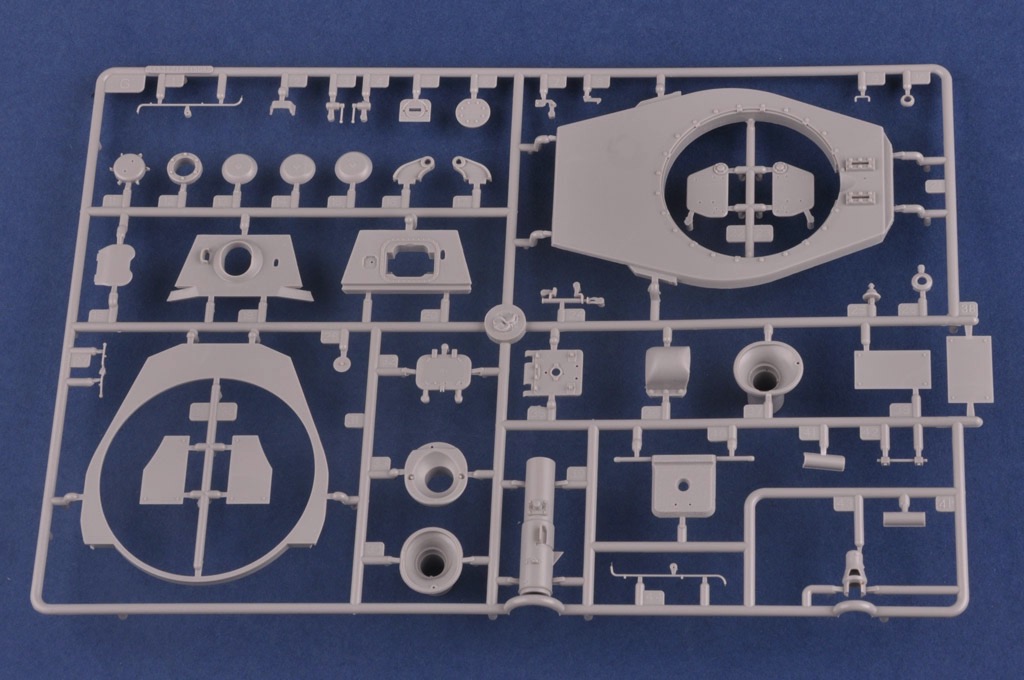 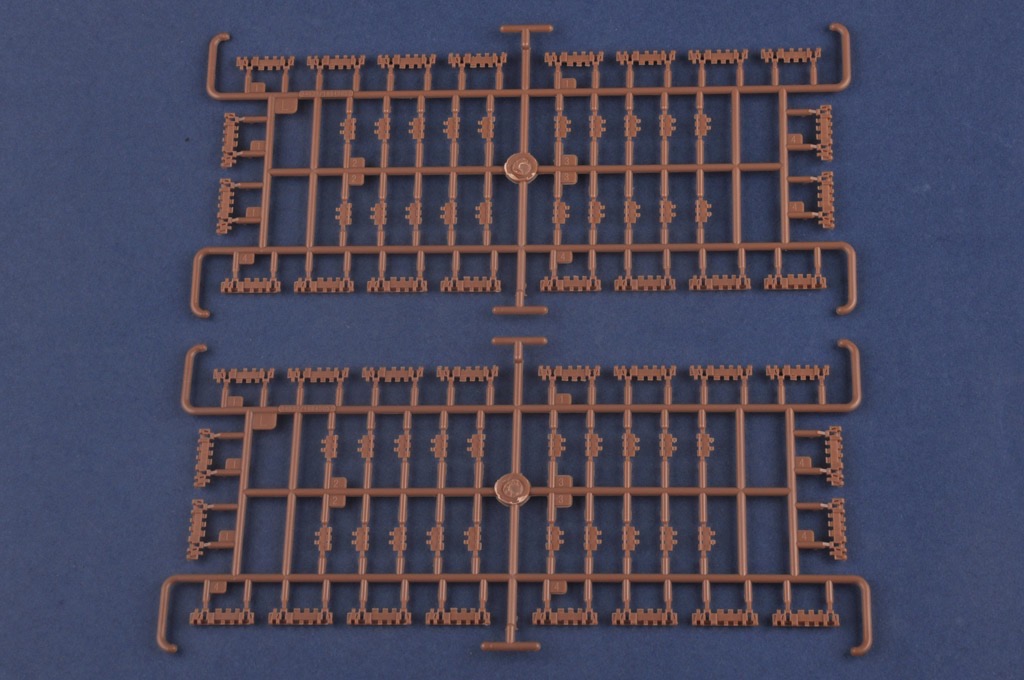 In early October 1942, plans for production of the VK 45.03 were reviewed. Initially two designs were provided, one by Henschel and one by Porsche. Both used a turret design from Krupp; the main differences were in the hull design, transmission and suspension.

The Henschel version used a conventional hull design with sloped armor resembling the layout of the Panther tank. It had a rear mounted engine and used nine overlapping road wheels per side, mounted on transverse torsion bars, in a similar manner to the original Tiger. To simplify maintenance, however, the wheels were overlapping rather than interleaved as in the Tiger

Henschel won the contract, and all Tiger IIs were produced by the firm. Two turret designs were used in production vehicles. The initial design is sometimes misleadingly called the "Porsche turret" due to the belief that it was designed by Porsche for their prototype. In fact this turret was simply the initial Krupp design for both prototypes. This turret had a rounded front and steeply sloped sides, with a difficult-to-manufacture curved bulge on the turret's left side, to accommodate the commander's cupola. Fifty early turrets were mounted to Henschel's hull and used in action. The more common "production" turret, sometimes called the "Henschel" turret, was simplified with a flat face, no shot trap (created by the curved face of the initial-type turret), less-steeply sloped sides, and no bulge for the commander's cupola.

The track system used on the Tiger II chassis was a unique one, which used alternating "contact shoe" and "connector" links-the contact shoe link had a pair of transverse metal bars that contacted the ground, while the connector links had no contact with the ground.

The Tiger II was developed late in the war and made in relatively small numbers. Like all German tanks, it had a gasoline engine. However, this same engine powered the much lighter Panther and Tiger I tanks. The Tiger II was under-powered, like many other heavy tanks of World War II, and consumed a lot of fuel which was already in short supply.