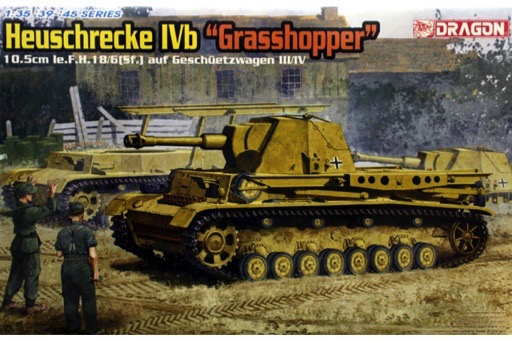 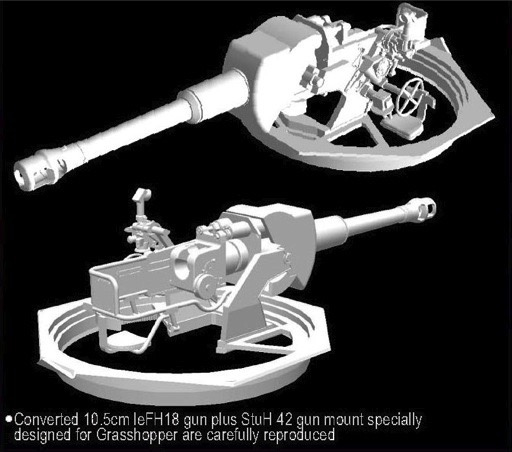 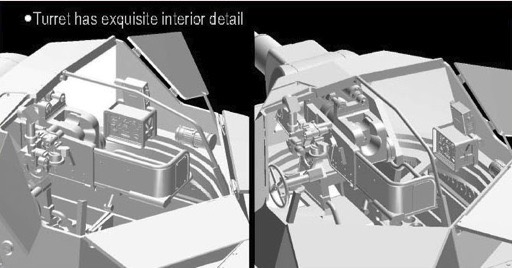 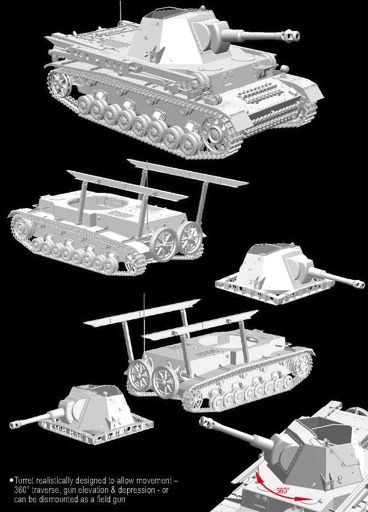 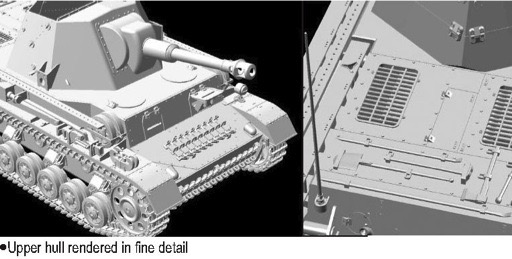 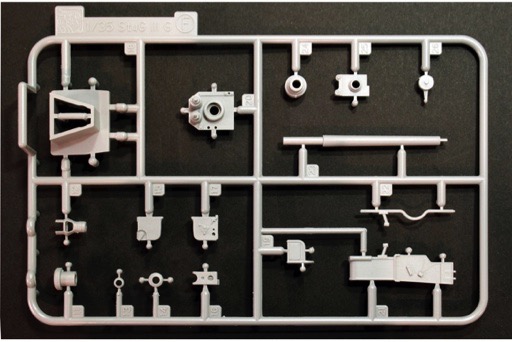 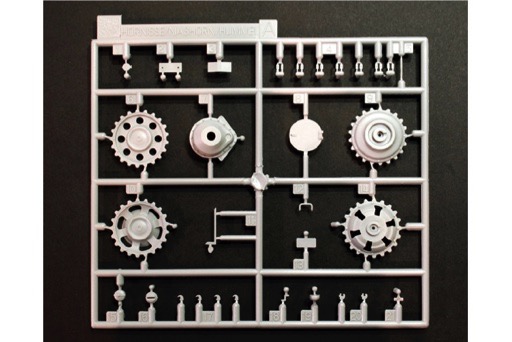 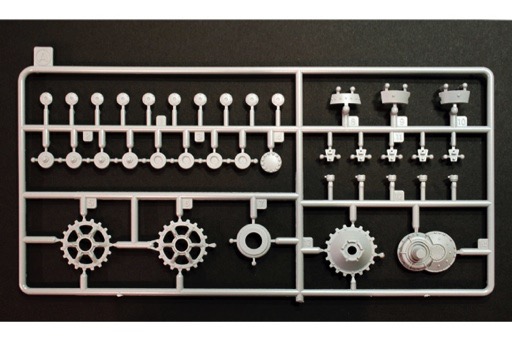 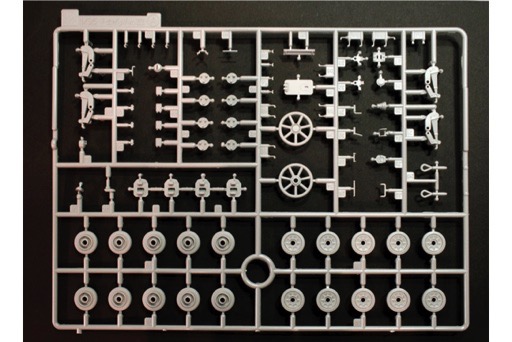 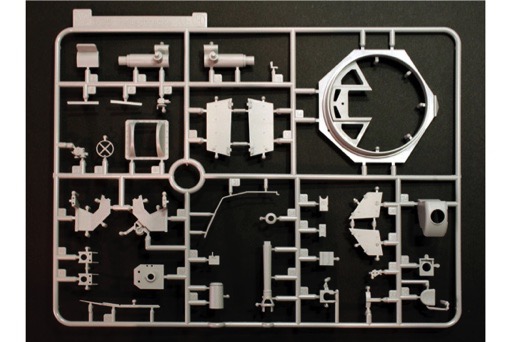 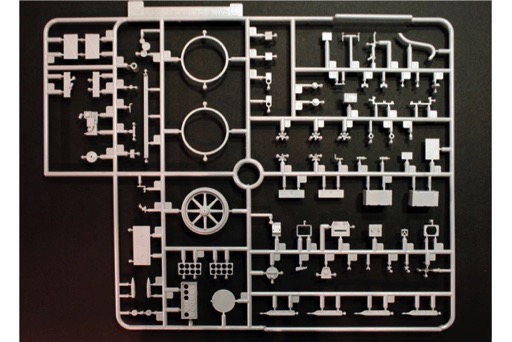 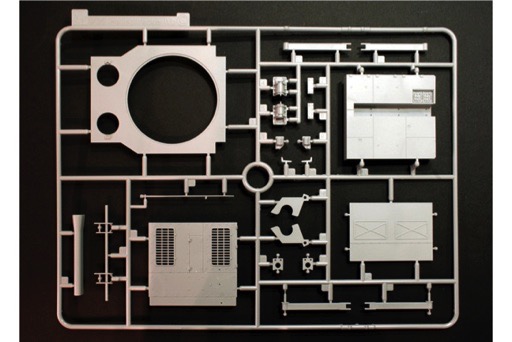 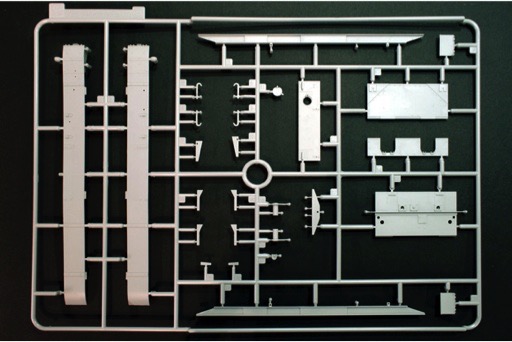 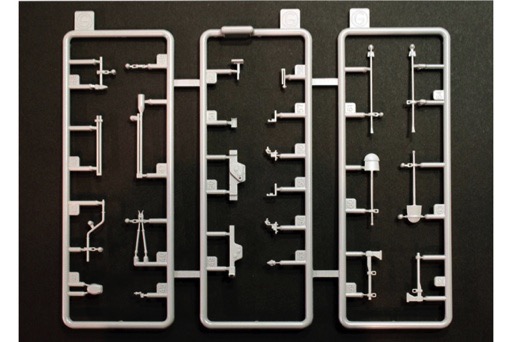 Special Features:
About the Heuschrecke Ivb "Grasshopper"
Heuschrecke (translated as "Grasshopper") might be a mouthful for some, but it's certainly more concise than 10.5cm leFH18/1 L/28 auf Waffentrager GW IVb! This lengthy nomenclature refers to a special self-propelled howitzer based on the chassis of the ubiquitous Panzer IV tank. It featured a 10.5cm gun mounted in a turret with 360 degree traverse. However, this Grasshopper had a special ability up its sleeve. The vehicle had a lifting gantry installed on the superstructure rear that could remove the turret and emplace it on the ground. Alternatively the turret could be placed on a wheeled carriage and towed behind the vehicle. This then allowed the Grasshopper to act as an ammunition carrier. This was a novel idea but it didn't really catch on for obvious reasons, with just three prototypes built in 1943.

About this kit
Though the Heuschrecke 10 remained an experimental vehicle built by Krupp, Dragon has broadened its appeal by releasing it as a mainstream 1/35 scale kit. Whether with turret installed, or emplaced, or towed behind, this makes a visually attractive subject, and is one sure to raise any viewers' curiosity. To create a vehicle this unique, a whole host of new parts were molded by Dragon - for instance, the turret, gun and chassis are brand new. As is necessary in an open-topped vehicle, the turret interior is fully fitted out, as is the fighting compartment in the hull. This model operates just like the original prototypes, with the lifting gantry being moveable and the turret able to be carried on the purpose-built carriage. The Grasshopper was based on the hull designed for the Hummel, so Dragon's model accurately reflects the lengthened chassis. Grasshoppers have never been so versatile or interesting, and until now, they have been impossible for modelers to replicate in 1/35 scale!