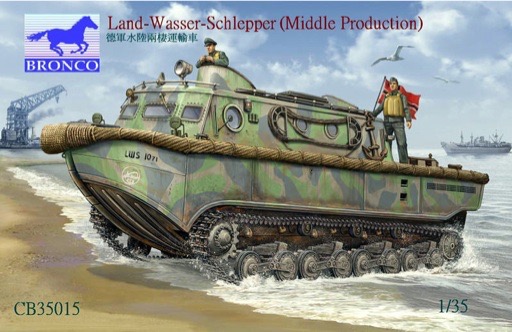 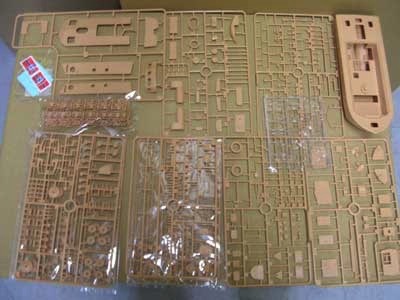 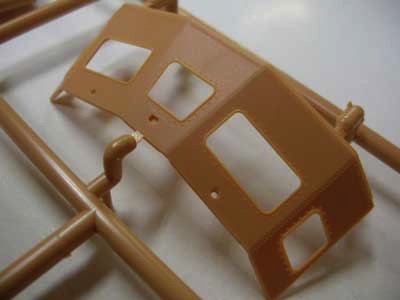 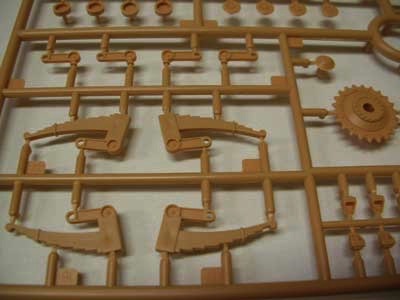 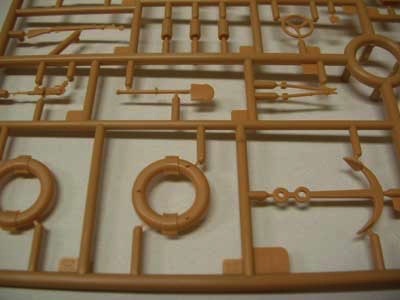 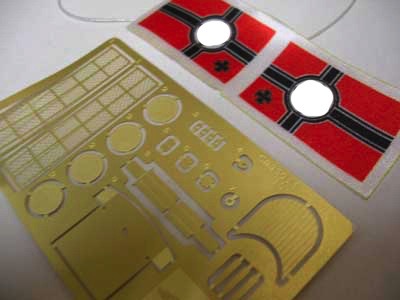 In 1936, the German army general staff desired to build a special amphibious tracked vehicle for landing operations. The tractor would be able to tow behind it a floating trailer capable of accommodating vehicles or other cargo. On water the tractor would function as a tug for the floating cargo trailer. After landing the tractor would then move the trailer to a safe place to unload the cargo. The project was known as the Land-Wasser-Schlepper (LWS) or, Land Water Tractor. A most unusual looking transporter, the LWS was actually a motor tug built with tracks. It was a large and strange machine that nonetheless turned out to be a rugged vehicle. There were two long sets of tracks, one on the flat bottom on each side of the LWS. There were four pairs of road wheels suspended from leaf-spring suspensions on each side. The boat part of the LWS had a clean, pronounced bow, and on top there was a compartment for the crew of three and extra room for another 20. The funnel-like structure on top of the cabin was actually the engine's air intake. Two large propellers were installed at the rear for propulsion in water. To make the LWS more boat-like there were portholes on both sides of the crew cabin. On land the floating trailer looked like a large slab-sided vehicle, and was supported by wheels on one forward axle and two rear ones. On the back side a ramp could be opened for unloading. The only drawback of the LWS was that it was unarmed, making it an easy target for the enemy. Bronco Models has taken their tooling expertise to a new level with this kit. Kit consists of hundreds of olive green parts on 9 sprues, 1 sprue of clear parts, a complete set of black workable individual track links and a very detailed hull with complete rivet detail. Completed kit measures about 10 inches long.