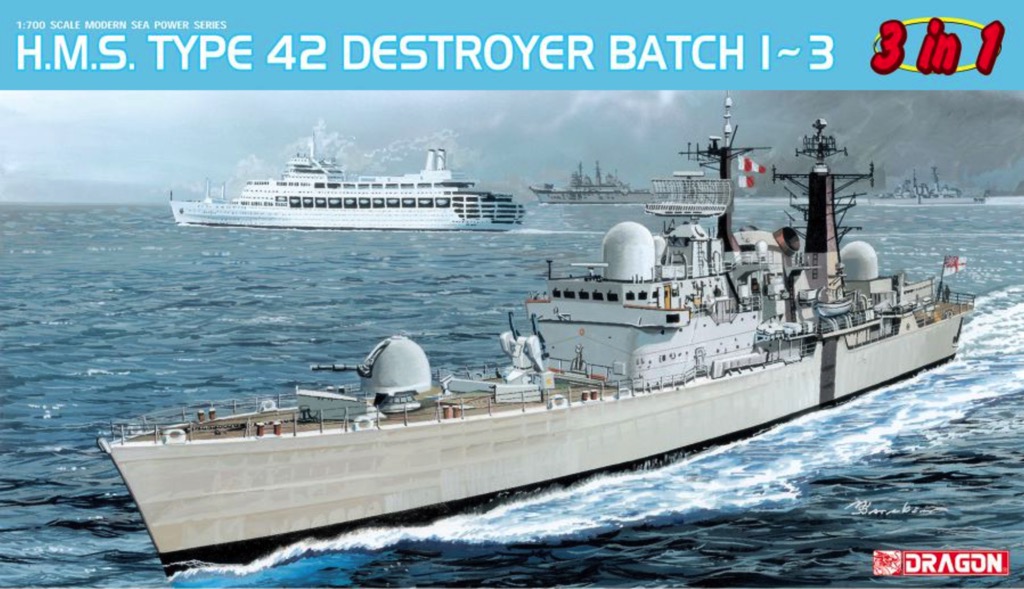 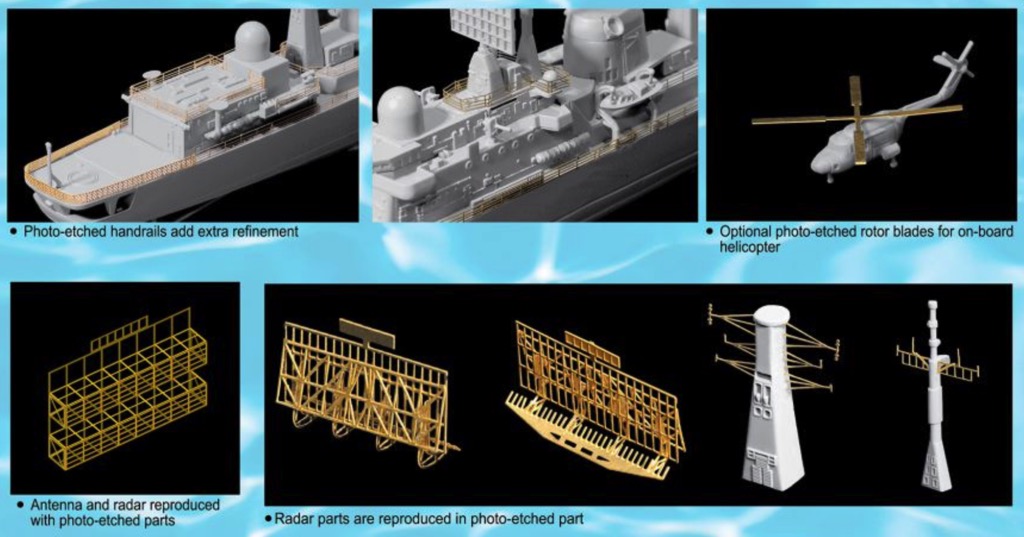 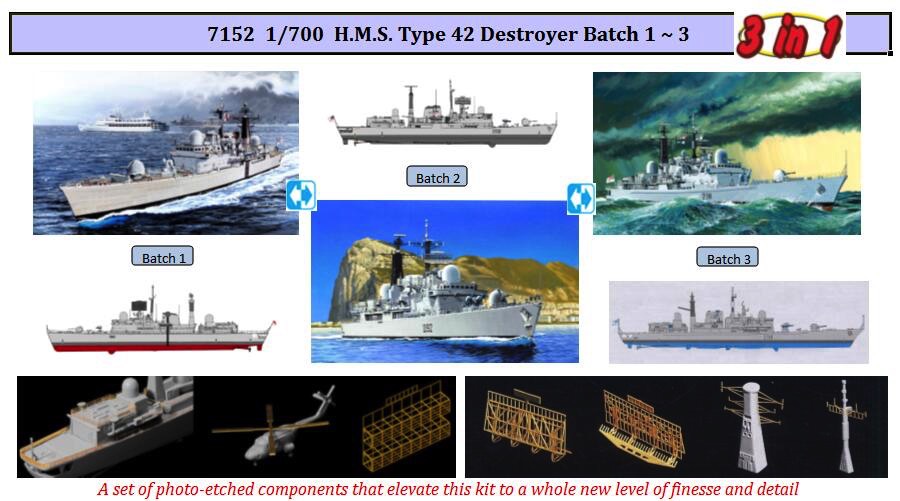 The Royal Navy built 14 separate guided-missile destroyers in its Type 42 class, and the type served from 1975 till 2013. Construction was actually separated into three batches. The first six destroyers in Batch 1 were commissioned from 1975-79. Batch 2 added four more destroyers from 1980-83, while the final third batch was also a quartet of ships commissioned from 1982-85. Each batch featured slight modifications. The Type 42's operational peak was during the Falklands War of 1982, where seven destroyers deployed to the South Atlantic to help recapture the islands from Argentina. However, two of them - first-of-class HMS Sheffield, and the fourth vessel HMS Coventry - were hit and sunk by an Exocet air-to-surface missile and an iron bomb respectively. Another destroyer, HMS Glasgow, was also disabled by an unexploded bomb that passed through the aft engine room.

Dragon's latest 1/700 scale ship model represents the entire class of Royal Navy Type 42 destroyers. Indeed, it can be described as a 3-in-1 kit since either of the three production batches can be built. Ship modelers can examine each of the batch types in turn, and then build whichever one catches their fancy. Furthermore, a range of Cartograf decals allows model-makers to also select which vessel within the class they want to depict. In addition to the wonderfully well-engineered plastic parts, there's an upgraded set of photo-etched components that elevate this kit to a whole new level of finesse. This 3-in-1 1/700 destroyer kit is superbly specified to give the modeler the widest range of options possible.