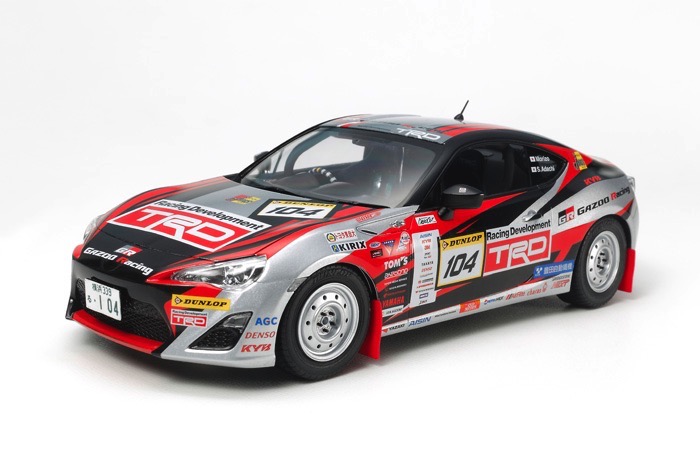 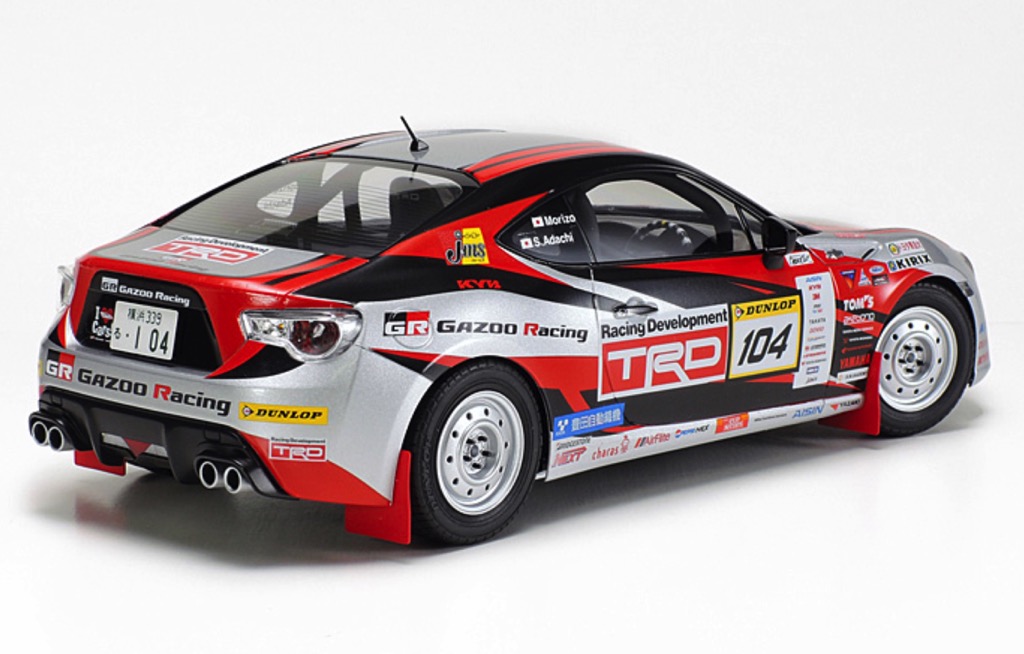 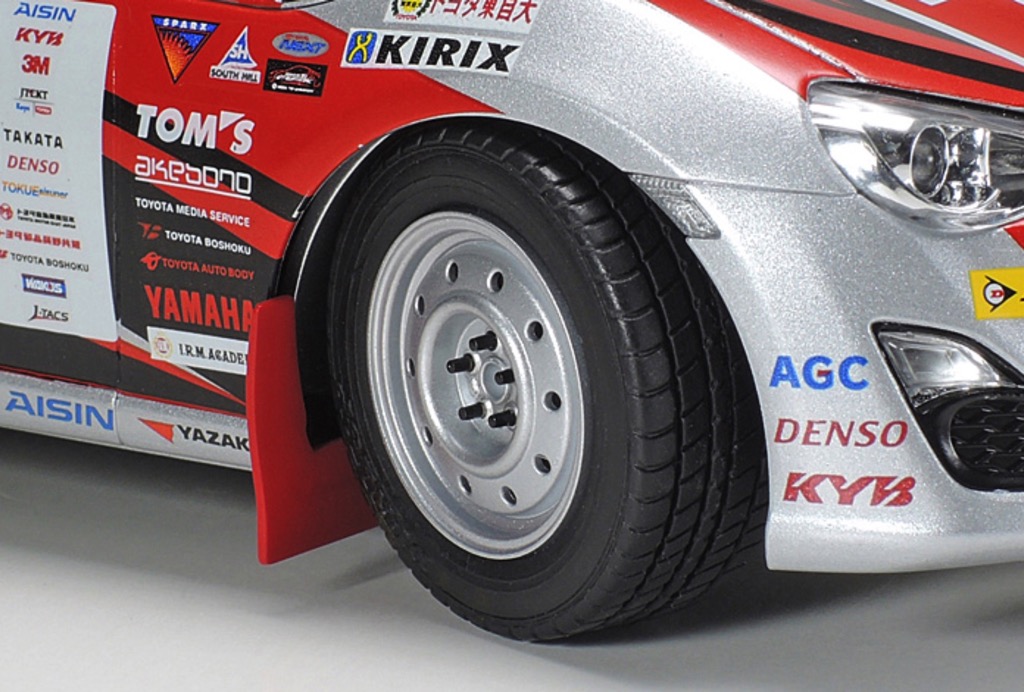 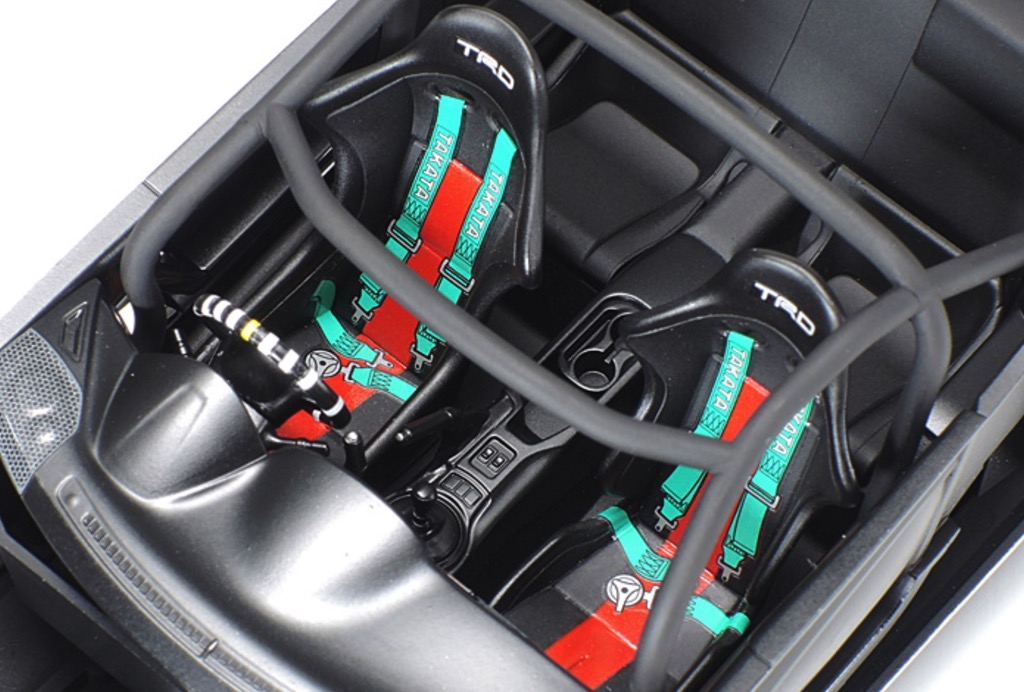 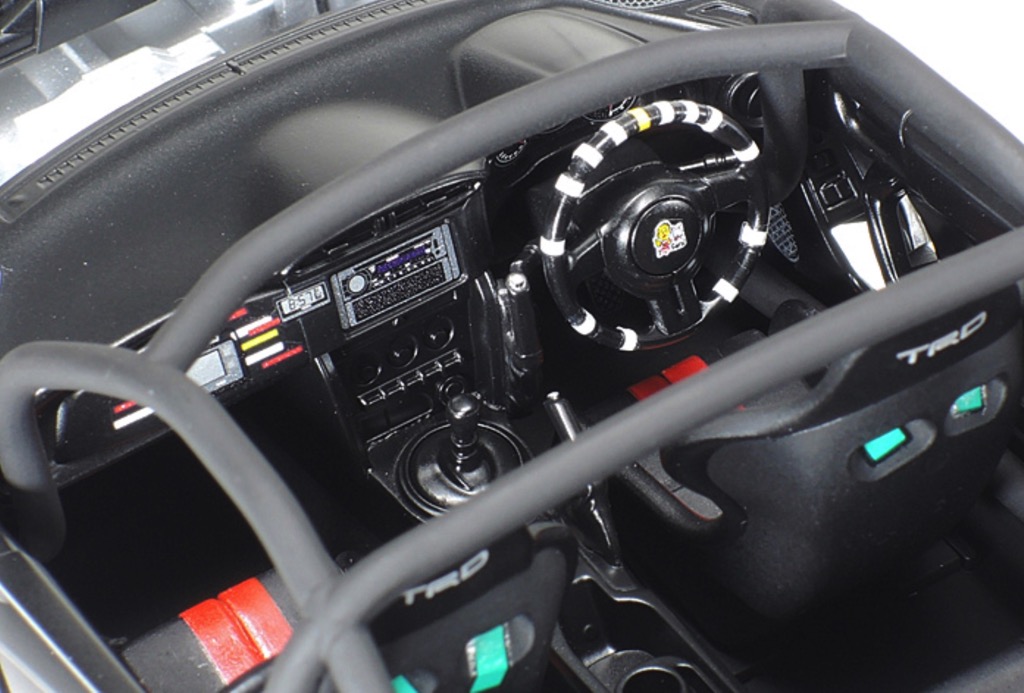 Available(Ships in 2-4 business days)
This product is in stock
at our suppliers, if ordered it
will take a few days to arrive.List price: $71.00
You pay less than: $56.80
Add to cart to see actual sales price.

This is a scale replica model kit of the GAZOO Racing TRD (Toyota Racing Development) 86. The TRD 86 is a car based on the Toyota 86 and optioned out by TRD, Toyota's in-house tuning shop. This GAZOO Racing version of the car was run in the Japanese TRD Rally Challenge series of events, and is perhaps most notable for being driven by Toyota motor company president Akio Toyoda as his alter-ego "Morizo." He proved to be more than just a name, picking up two wins in the 5-race series on his way to the Championship for his class.