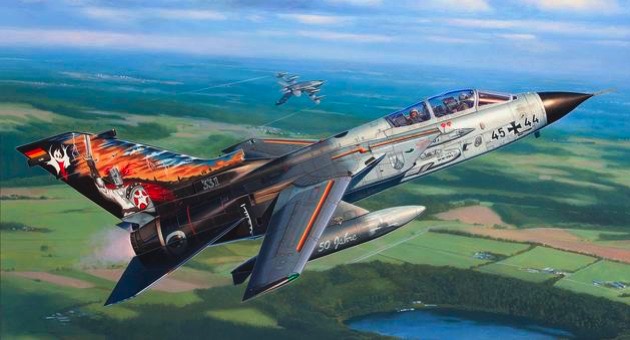 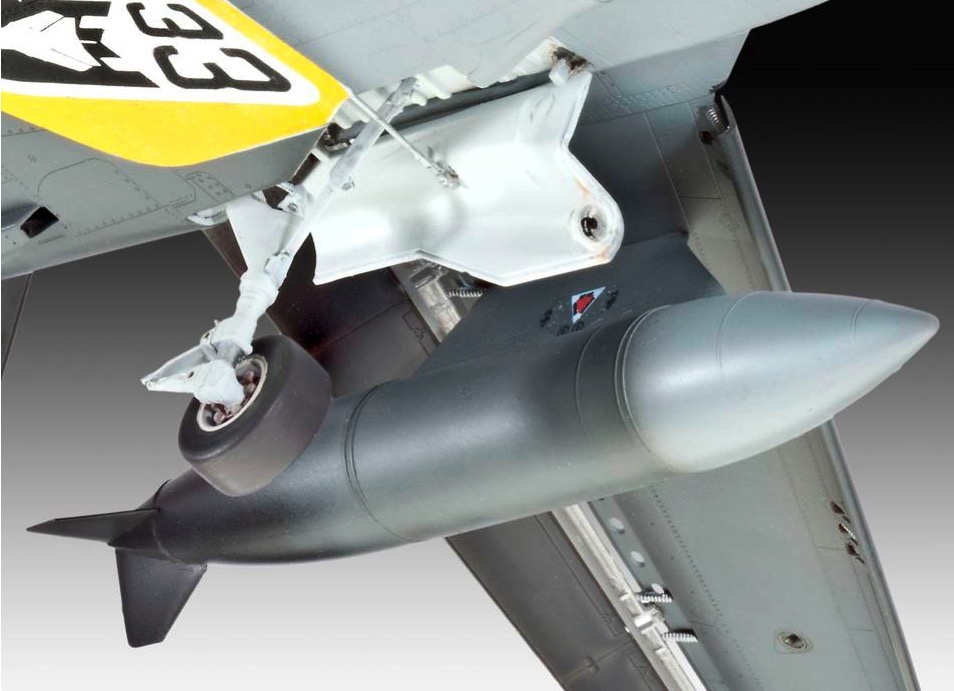 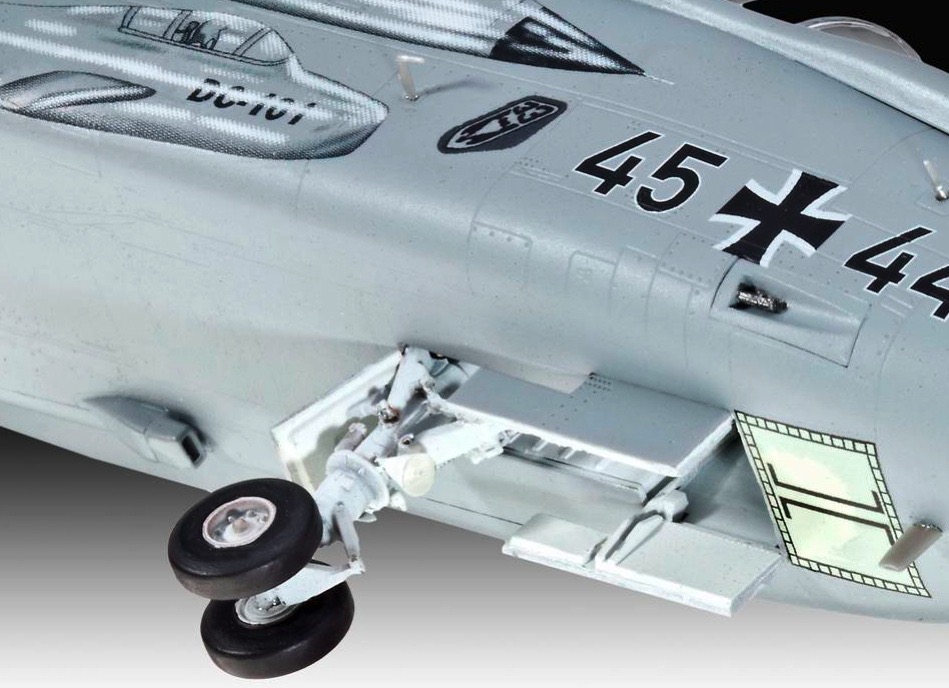 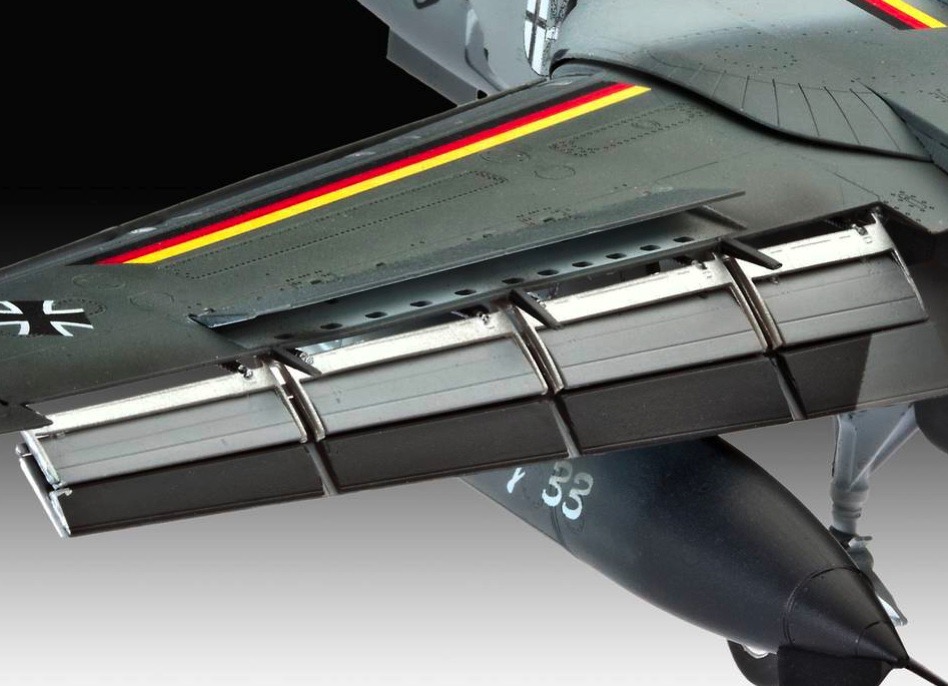 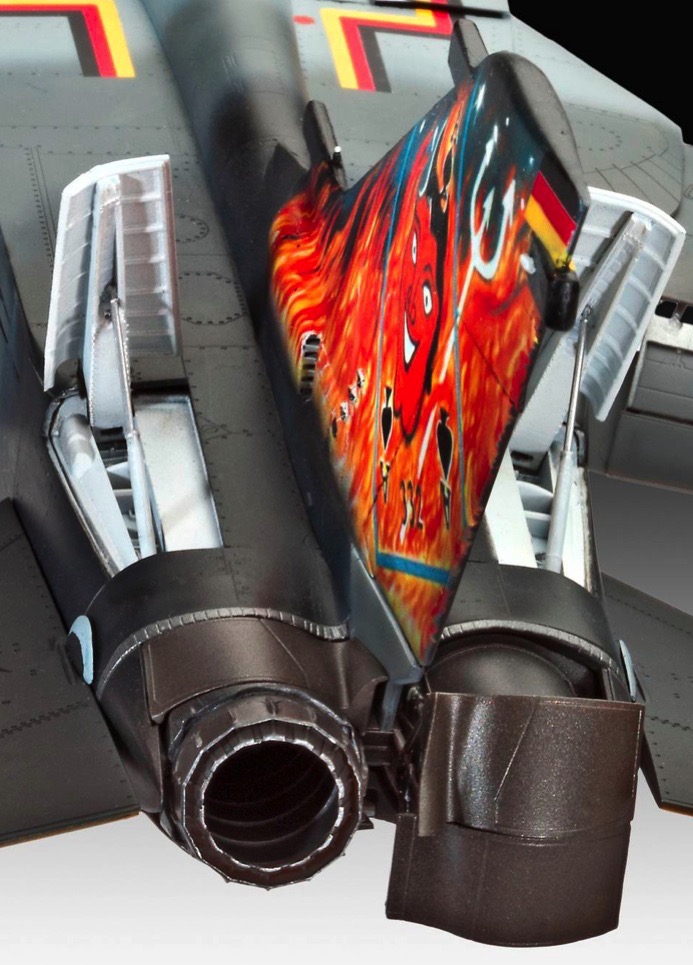 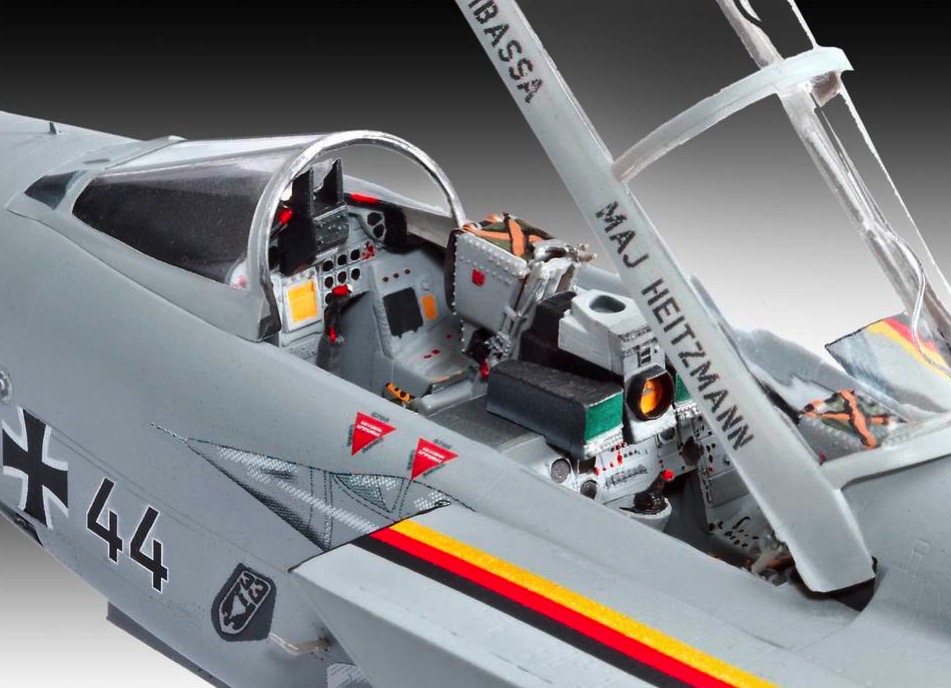 The Tornado is one of the most important combat aircraft within NATO and with its modern electronic equipment and outstanding flying characteristics forms the backbone of European Air Defence. It is deployed in four Air Forces. The main version is the IDS (Interdictor Strike) for use against ground targets and reconnaissance. The German Luftwaffe also uses the ECR (Electronic Combat and Reconnaissance) version. First combat missions were undertaken during the Gulf War in 1991 - the Tornado's latest deployment was in Afghanistan. This fighter bomber's sphere of operations includes Offensive Air Support to ground forces, Battlefield Containment and the combat of enemy air forces on the ground and in the air. It also has an Electronic Flight Control System and an automatic Terrain Following Radar System. By pivoting its wings the Tornado can cope equally well with both low-level high speed flight as well as slow flight with little wing sweep. Its maximum speed lies by Mach 2.2 at 11000 m (33000ft), its maximum weapon load is 9.000 kg (19800lbs). On the occasion of its 50th anniversary on 8th October 2008, Fighter Bomber Wing 33 Buchel adorned one of its Tornado's with a spectacular special livery. The design reflected the squadrons affinity to the the region and with its U.S. partners in Buchel.

Features: Super decal set including illustrated motifs and registrations for the special livery of the Tornado IDS 45-44 50 Jahre JaBoG 33 Buchel 2008