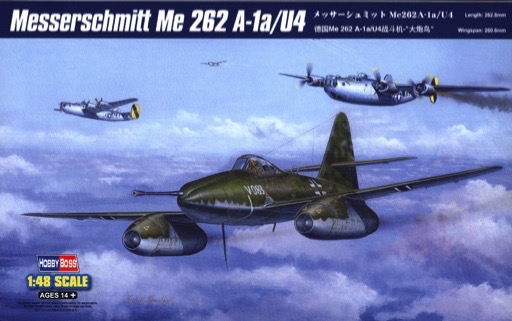 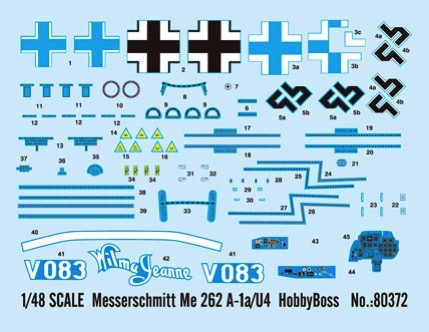 The Me 262 " Storm bird" was a German fighter aircraft flown during late World War II. It was the first jet to be used in war. It designed start in 1938,first fly July 18 1942, first appeared in the skies over Europe in 1944. The Me 262 total about 1300 build, claimed a total of 509 Allied kills. The Me 262 family a variety of roles , including light bomber, reconnaissance, heavy weapon and even experimental night fighter versions. The Me 262A-1a/U4 was carried an awesome 50mm cannon variants. This was intended to be the ultimate bomber-killer.