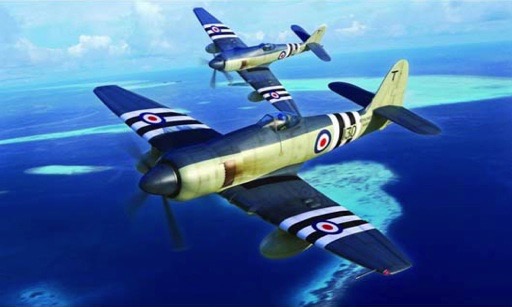 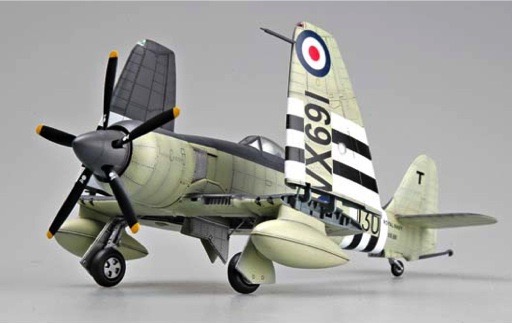 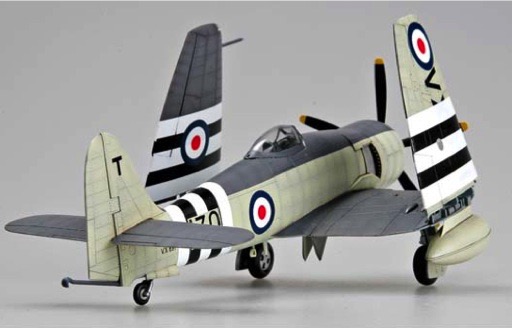 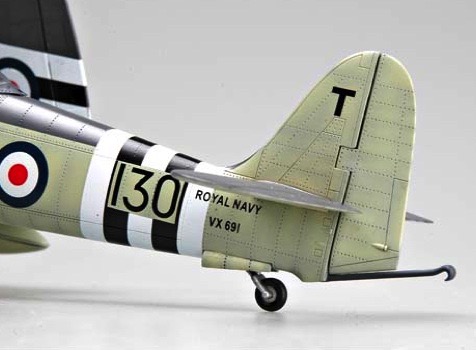 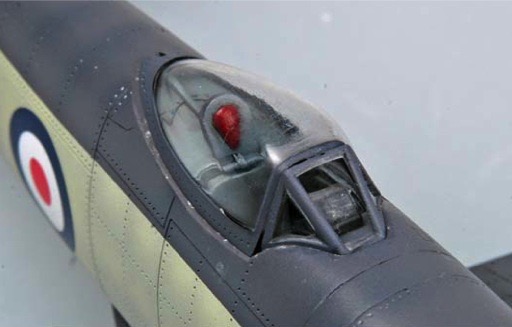 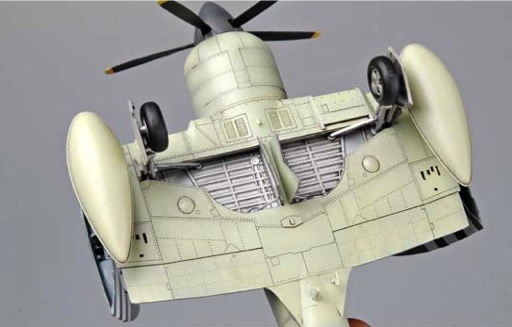 The first Sea Fury prototype, powered by a Bristol Centaurus XII, had first flown on 21 February 1945, but the first fully-navalized version with folding wings did not fly until 12 October 1947. The Boulton Paul contract was cancelled in early 1945, and of the 100 Sea Furies that remained on order, the first 50 were completed under the designation Sea Fury Mk X. In May 1948, the first Sea Furies became operational with No. 802 Squadron, in the form of the Sea Fury FB.Mk 11, of which 615 were built. At least 66 of these were delivered to Australia and Canada. Early in the Korean war, Sea Furies operated very successfully in the ground attack role from the decks of Royal Navy aircraft carriers. The RN also received 60 two-seat T.Mk 20 trainers in the early 1950s. Sea Furies were exported to several other countries, including the Netherlands, Pakistan, Egypt, Burma, Cuba and Iraq. Weight: Empty 9,240 lbs., Max Takeoff 12,500 lbs. Wing Span: 38ft. 4.75in. Length: 34ft. 8in. Height: 15ft. 10.5in. Maximum Speed: 435 mph Ceiling: 34,300 ft. Range: 680 miles Armament:Four 20-mm cannon in wings Underwing racks for eight 60-pound rockets or two bombs