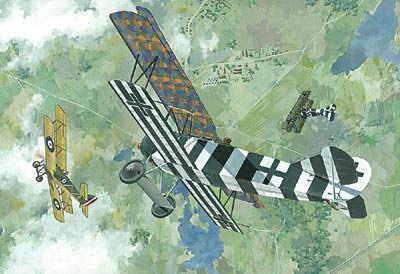 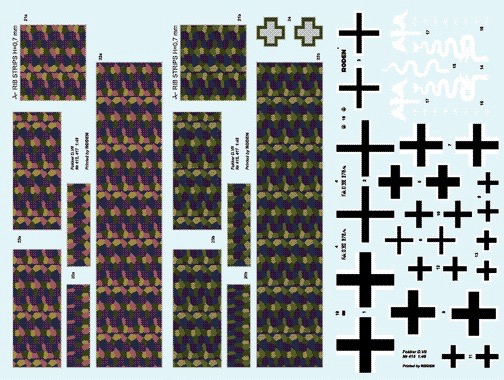 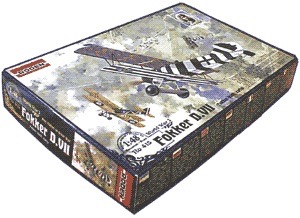 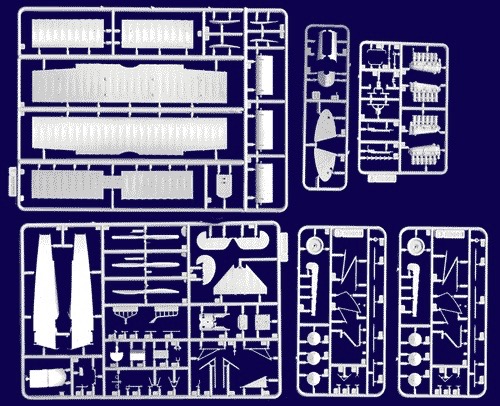 In the autumn of 1917 Germany's Idflieg (the aviation inspection section) quickly fixed a date for a Fighter Competition, with the aim of replacing fighter Aerodromes. After the appearance of the Sopwith Camel and the SPAD XIII, all German scout planes became obsolete (the first being the Albatros DV) and the allies now dominated the sky. The most modern German design, the Fokker F.I ("Triplane") arrived at the Front during August of 1917 but had many technical problems that needed to be dealt with.

At the end of September 1917 Anthony Fokker gave an order to prepare a new project - the V.11, the new aircraft had to be a biplane with cantilever wings (no external bracing, which created additional air resistance) and powered by the 160 h.p. Liquid-cooled Mercedes D.III.

On the 21st of January 1918 the fighter competition began in Adlershof, thirty new types were proposed, among them the V.11, which had an impressive showing of its flying characteristics since the first test fight. The famous "Red Baron" - Manfred Von Richthofen praised the new V.11 aircraft after testing but had a few negative remarks to make about the V.11. His remarks were taken into account and the V.11 was modified before the competition in Adlershof, which was to end on the 12th of February. Fokker's plane won the competition, and Germany's High command planned an offensive against the allied troops during March of 1918, the plan obviously needed support from the sky. Production of the Fokker D.VII (the official name of the V.11) immediately began in Fokker's plants, together with licensed production of the Albatros in the OAW factories.

The early-built Fokker D.VII's began arriving at the Front by the end of March 1918. Quantities of the new type were minimal and only one D.III was assigned to each Jasta (hunting squadron). Usually the D.VII was given only to the best aces and most experienced pilots. Manfred Von Richthofen received his own D.VII during April, but he preferred his "Lovely" Dr.I, probably, this was a fatal decision, made the day before his death.

During July of 1918 more than thirty Jasta's were operating this type, the total number of D.VII's at the Front being 407 aircraft. The first combat experience with the D.VII proved that it was the best fighter of the time. The D.VII was clearly better than any allied fighter in performance, it had a higher maximum speed, very strong Construction, and some aircraft even returned after battle without struts or cables! 775 planes of this type reached the Front up until November 1918. The majority of them being equipped with the more reliable and powerful Mercedes D.IIIau or BMV IIIa engines.

More than 3000 Fokker D.VII's were built in Germany, about 200 aircraft, powered by the 200 h.p. Austro Daimler engine were built in Austria-Hungary under License. After the war, many Dutch built D.VII's were sent to Belgium, some to Denmark, Czechoslovakia, Lithuania and others. Soviet Russia purchased 50 aircraft, and confiscated D.VII's were delivered to the U.S., many being used in the "Aerial Circus" as well as in the Hollywood movies.

The Fokker D.VII was clearly the best fighter of the Great War, this achievement being confirmed in Article IV of the Versailles Treaty; "... as a condition of the treaty, the German armies must surrender the following war material: ...1700 airplanes - including fighters and bombers, and first - all Fokker D-7's and all night bombing machines...".

These statements fully reflected the characteristics of one of the best WWI planes, which became a symbol of Germany's most advanced achievements and the engineering genius of Anthony Fokker.