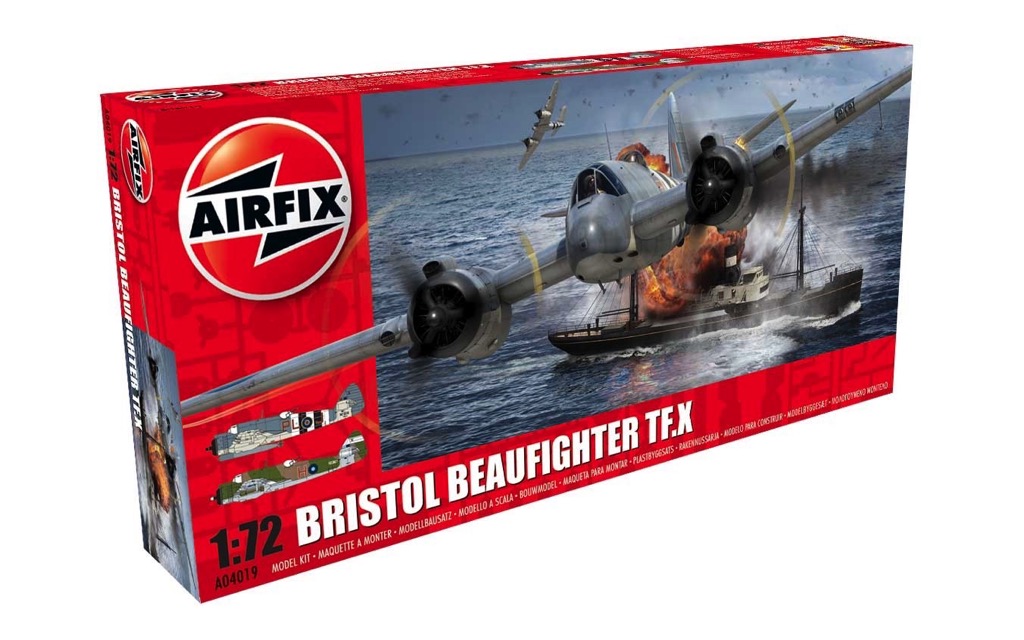 The Bristol Beaufighter was a WWII British long range heavy fighter, developed from the earlier Beaufort design. Featuring two powerful Bristol Hercules engines, the aircraft gained a fearsome reputation for being both fast and able to deliver a powerful blow from its four 20mm cannons and a choice of either Torpedo or Rocket projectiles. Although developed to be a fighter, and used successfully as a night fighter, it was the TF.X Coastal Command version that was most successful; its range and power enabling it to take a heavy toll of Axis shipping.