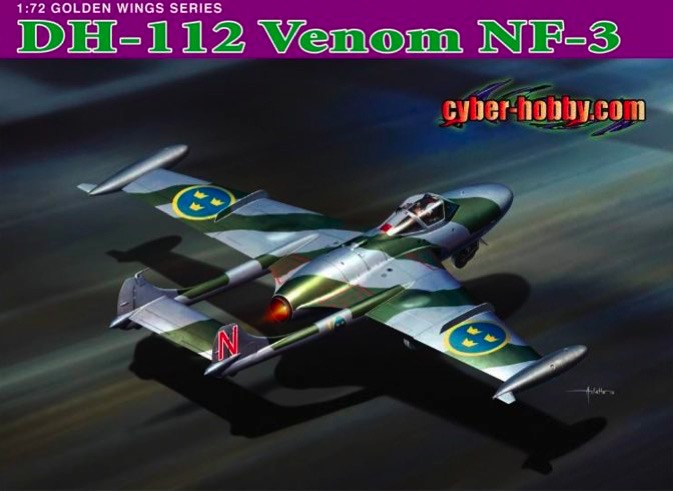 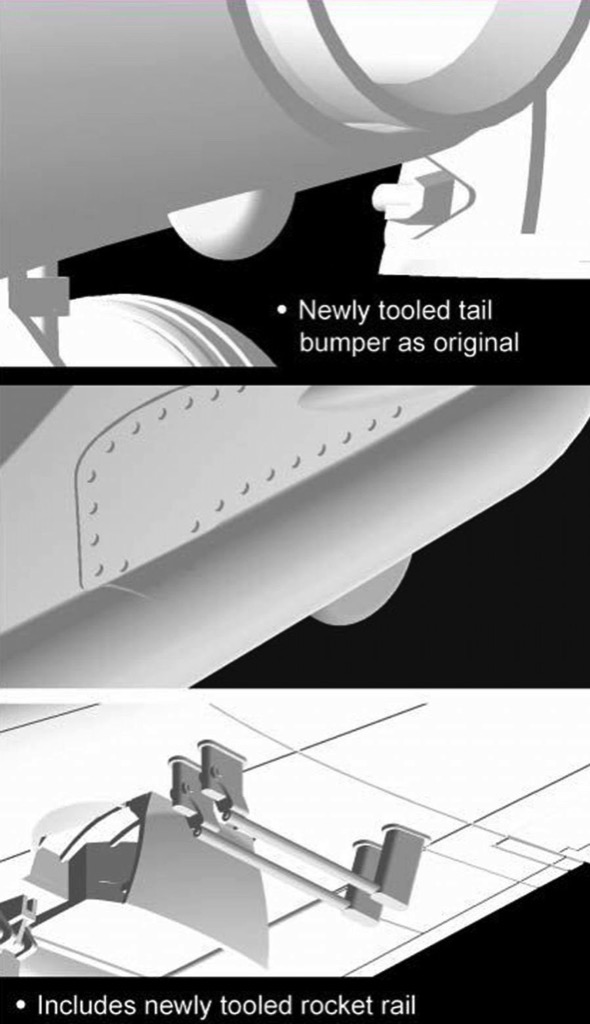 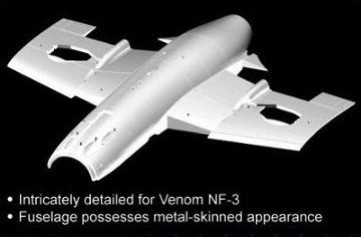 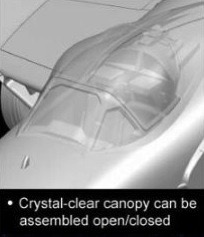 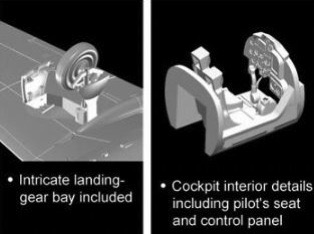 Cyber Hobby continues to impress with its latest 1/72 scale release - a de Havilland DH-112 Venom aircraft. This British aircraft was a single-engine jet fighter derived from the Vampire, and the Royal Air Force (RAF) used both single-seat fighter-bomber and two-seat night-fighter versions. Venoms were also used by Iraq, New Zealand, Sweden, Switzerland and Venezuela. The Venom first flew in 1949, but this kit represents the NF-3, which was the final night-fighter type. The NF-3 entered service in 1955 but its short career ended in 1957 when it was supplanted by the Gloster Javelin. Some 123 NF-3 examples were produced, this variant featuring ejector seats, a Ghost 104 jet engine and a new American radar that required alterations to the nose. Interestingly, the crew (pilot and navigator/radar operator) sat side by side in the cockpit of the Venom NF series.

This 1/72 scale kit is extremely well engineered to support convenient and easy assembly, and it includes numerous parts produced with the aid of slide molds. The box contains numerous new parts such as the fuselage part, under-wing rocket rails and tail bumper. Panel lines are sharply and accurately delineated using laser crafting, while the streamlined form of the fuselage and the Venom's distinctive twin-boom tail are realistically captured in their entirety. Cartograf has also supplied a range of marking options to finish off this Venom NF-3. This new kit of the Venom provides some useful night-time capability to Cyber Hobby's aircraft kit collection!