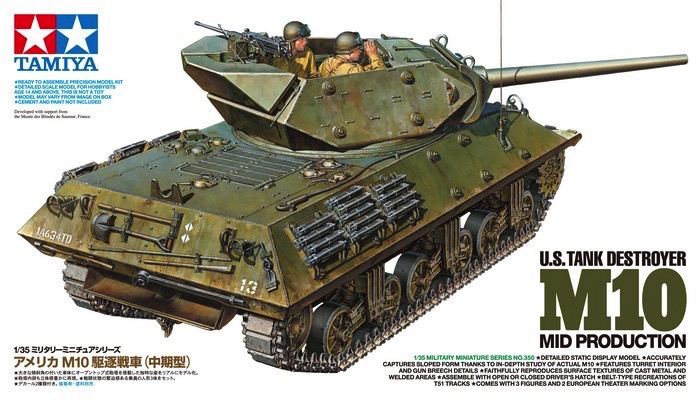 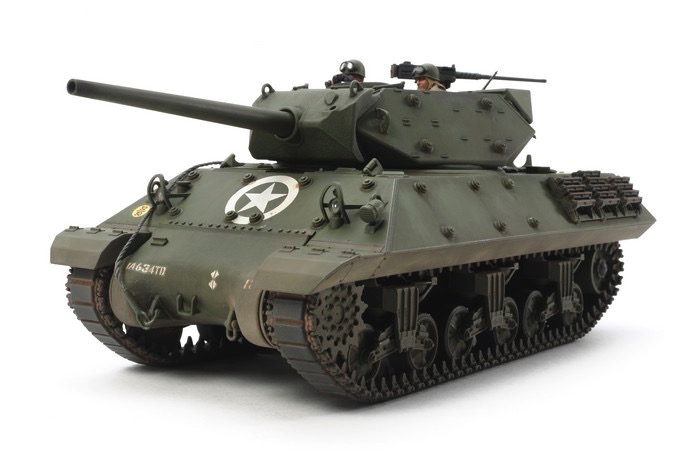 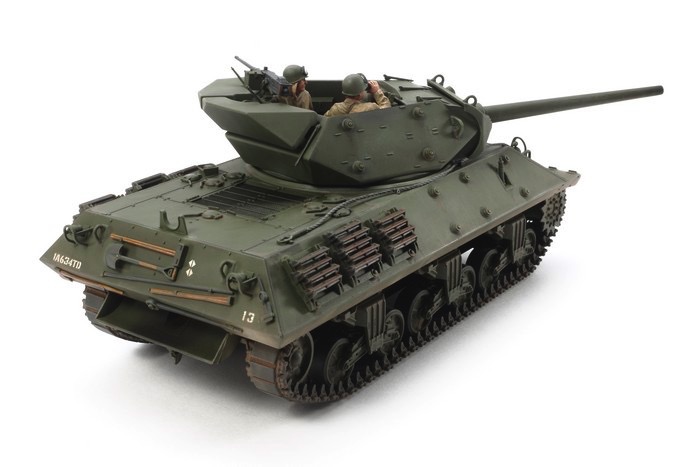 This is a model of the famed M10 Tank Destroyer, a subject also covered in the 1/48 scale Military Miniature series. This largely newly-tooled model (only machine gun and clear parts are taken over from existing models) gives it the glorious detail of the larger 1/35 scale. The astonishing success of German armor tactics in 1940 prompted U.S. forces to adopt a doctrine requiring dedicated new tank destroyers to counter them. After going down a few different design routes at the start of the process, they eventually hit upon the highly successful M10 design with well-sloped (if rather thin, to keep the vehicle light and maneuverable) armor plate, and the highly capable 3-inch (76.2mm) gun. Over 4,900 were produced, and took part in Operation Torch (the invasion of N. Africa), as well as fighting in Italy and the advance upon Germany that would bring the exhausting conflict to a close.