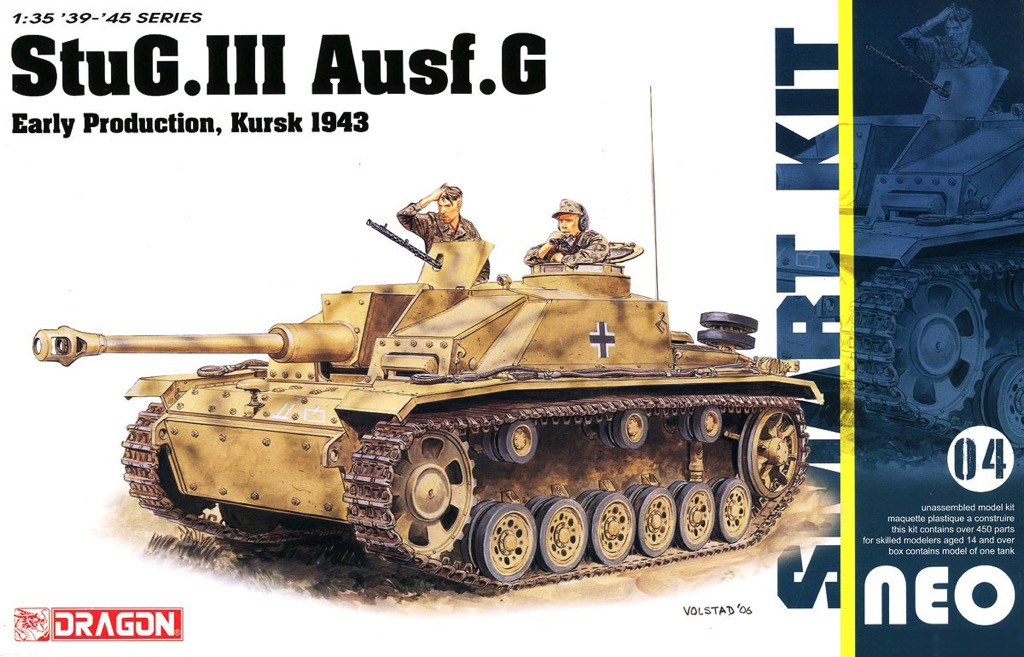 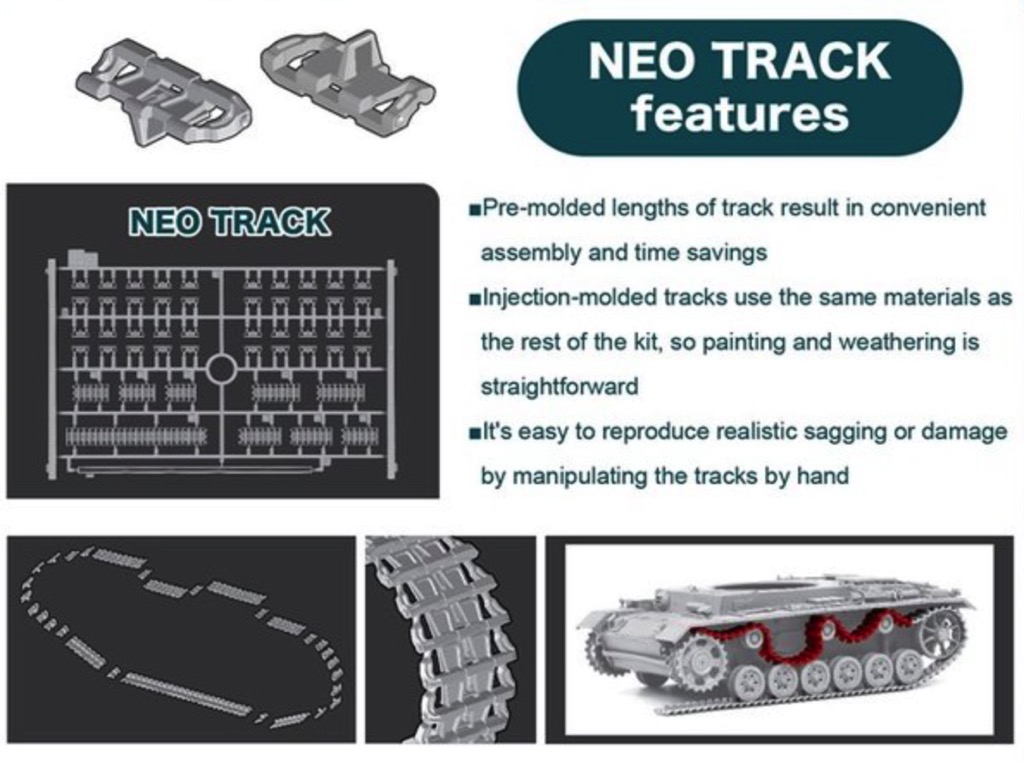 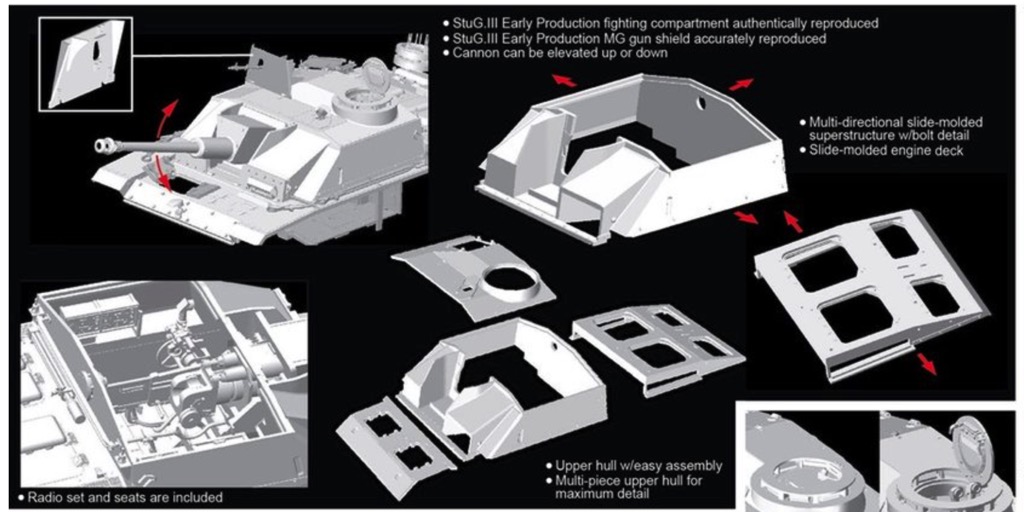 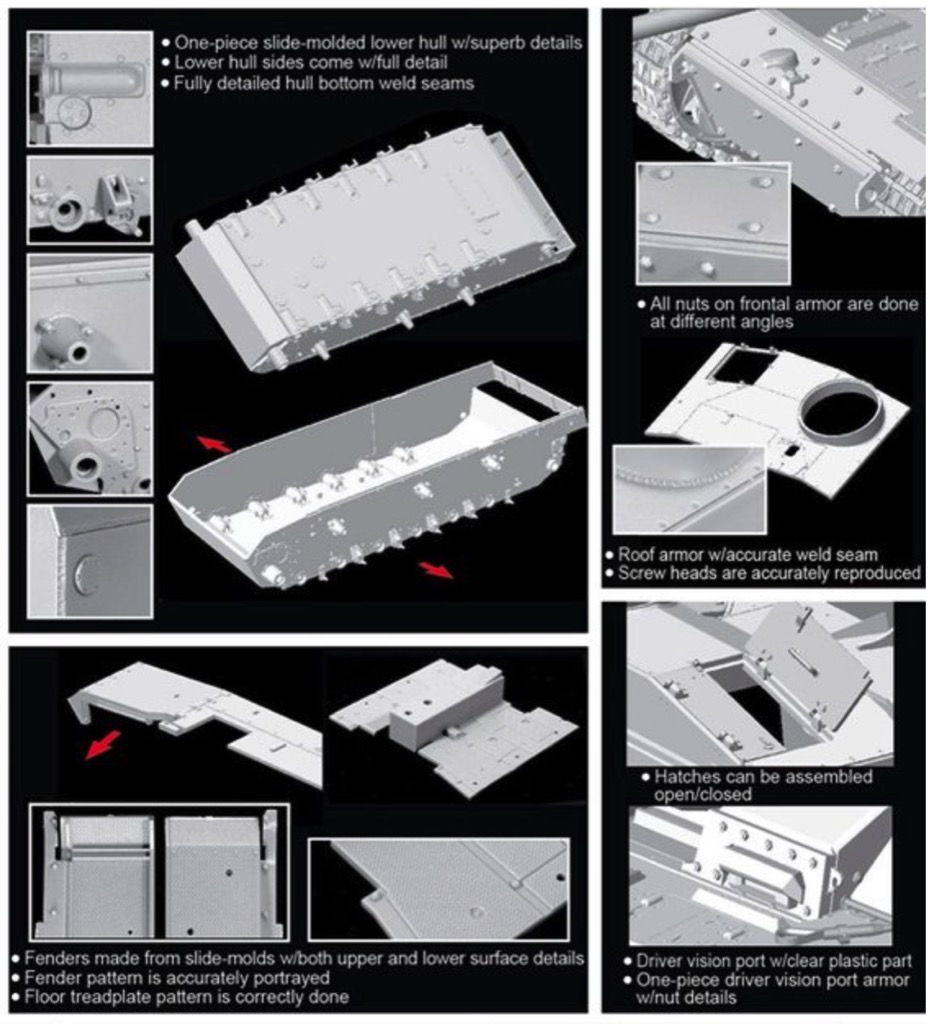 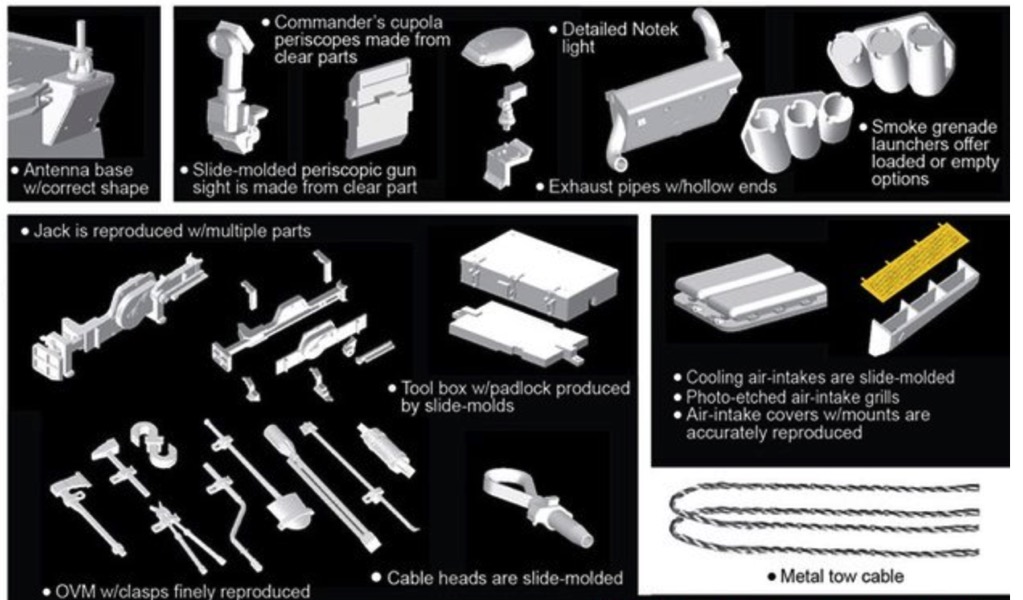 Dragon is releasing its fourth item in its Neo Smart Kit range in the ever-popular 1/35 scale. The subject is a StuG.III Ausf.G (Sd.Kfz.142), of which 7,720 were produced from December 1942 through till April 1945. Early-production variants of this tank destroyer were used in the gigantic Battle of Kursk in July-August 1943. A prominent feature of Dragon's Neo range is the remarkable Neo Smart Tracks, which include pre-molded lengths of track to make life easier for the modeler, as well as individual links that allow appropriate sagging effects. Furthermore, the plastic material on Neo Smart Tracks is the same as that used elsewhere on the injection-molded kit to make painting and finishing that bit easier. This 1/35 kit of the StuG.III Ausf.G Early Production, Kursk 1943 is based on Dragon's kit range. With all these convenient features, model-makers could build an abandoned vehicle that fought in the Battle of Kursk with damaged tracks and opened hatches, for instance. This is a splendid Neo kit with almost limitless possibilities!