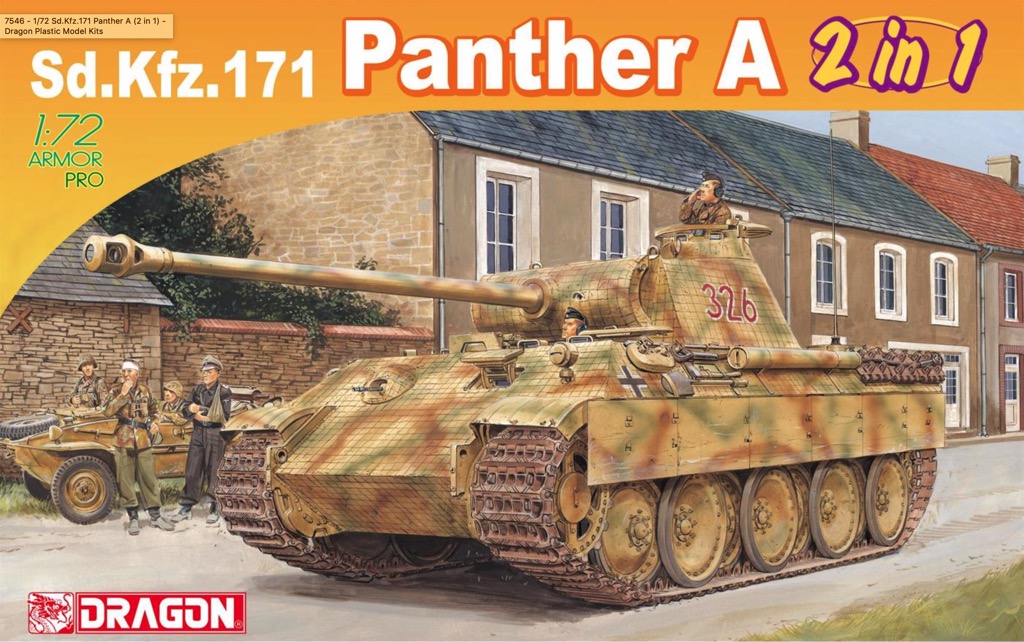 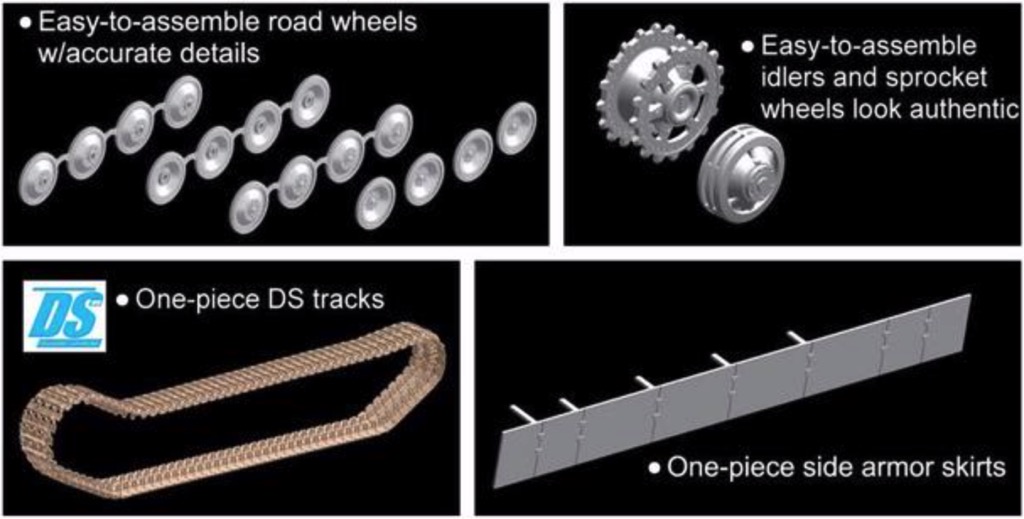 This Panther Ausf.A 2-in-1 kit allows modelers to build either an early or a late version of this perennially popular German tank. Some 2,200 Panther Ausf. A chassis were produced by German factories between August 1943 and May 1944.

The two production variants of this 1/72 scale Panther Ausf.A may look the same if subjected to just a superficial look, but a much closer examination will reveal that they actually possess some important differences.

Indeed, exclusive parts for both versions are included in the box. Examples of differences relating to the two different kinds of exhaust mufflers and exhaust pipes, two different commander cupolars. This is an absolutely up-to-date high-quality kit that exhibits a superior level of detail. This little Panther is sure to have modelers purring with genuine pleasure!