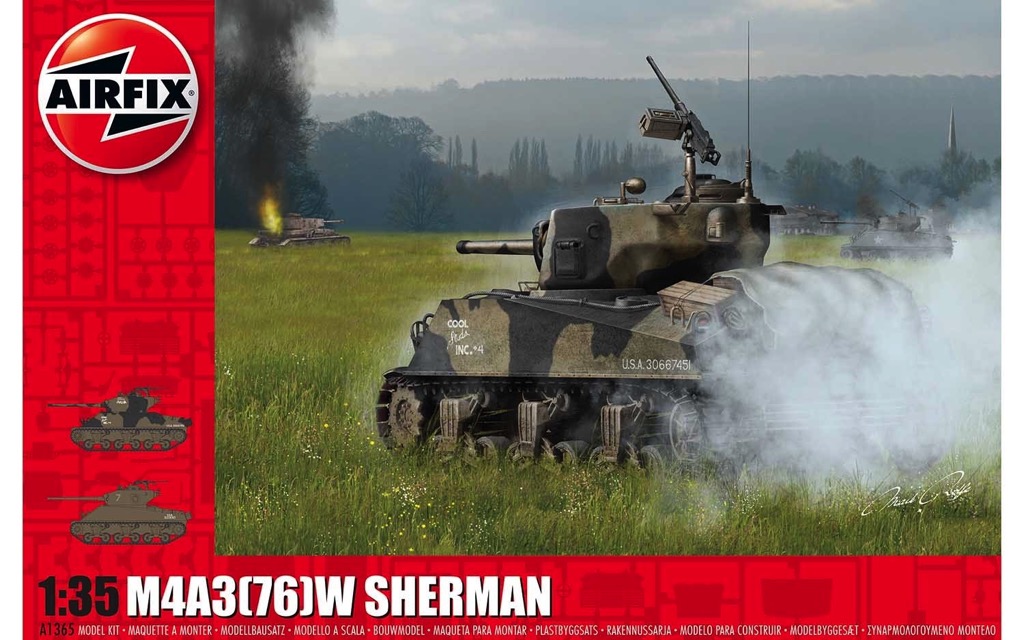 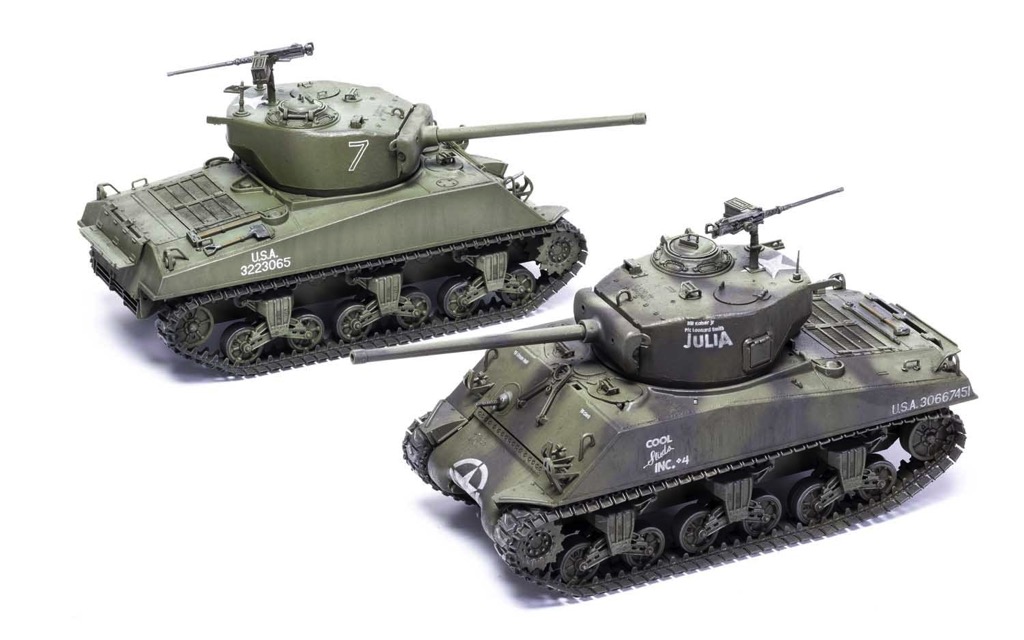 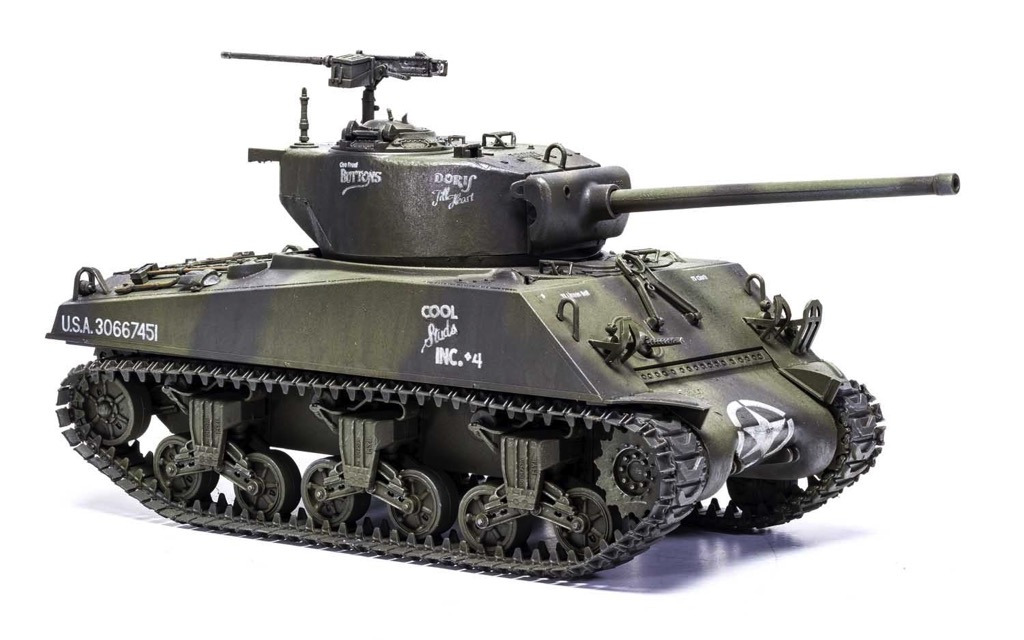 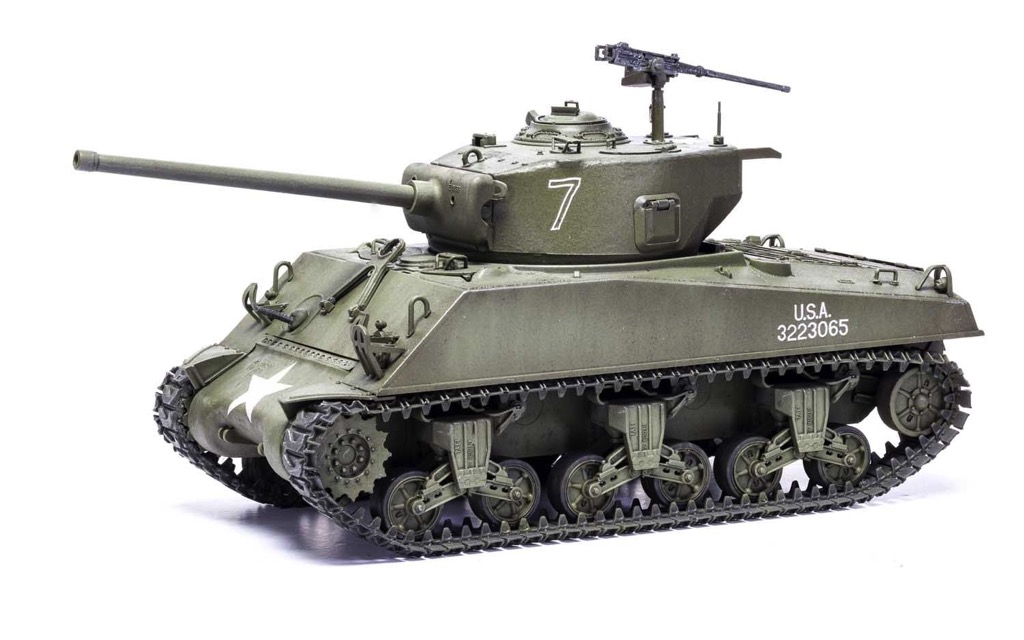 The Chrysler Corporation began producing the M4A3(76) in March 1944. Many of their first units arrived almost simultaneously in France & Italy in August 1944. It, like all the Shermans saw a steady flow of minor improvements, and versions of this tank with HVSS (horizontal volute spring suspension) started arriving in December of 1944, just prior to the Axis push into the Ardennes region, and would become increasingly common from that point on as replacement tanks entered the combat zone. These tanks were very well received, the Ford GAA was a very good engine for a tank in the Sherman's weight range.

The low RPM the motor matched the existing gear ratios in the transmission, and the motor more than a match for the stresses most operations put it under. Once the HVSS suspension versions began replacing previous tanks, this really became the ultimate Sherman. The French 2nd Armored Division received a small number of M4A3(76)s just prior to their dash to liberate Paris. They were probably the first to use this model in combat.