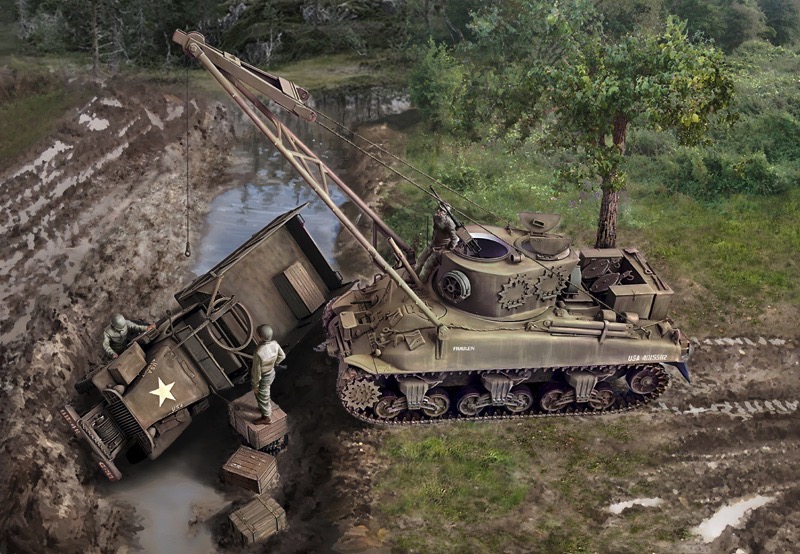 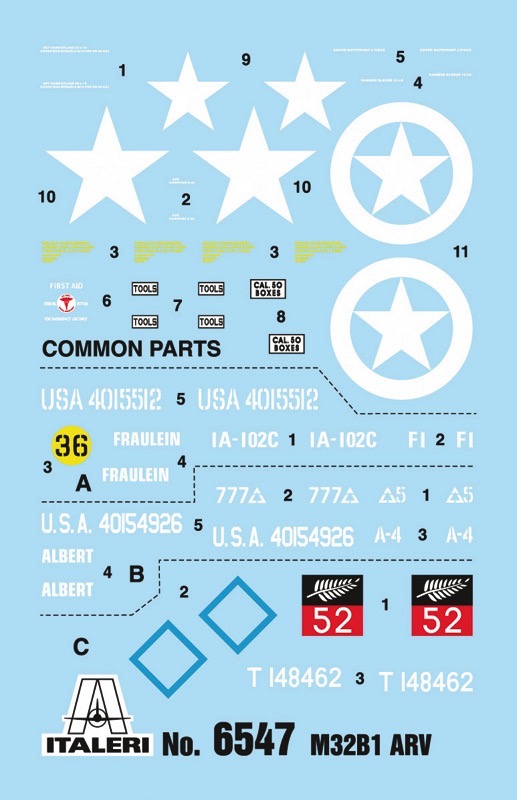 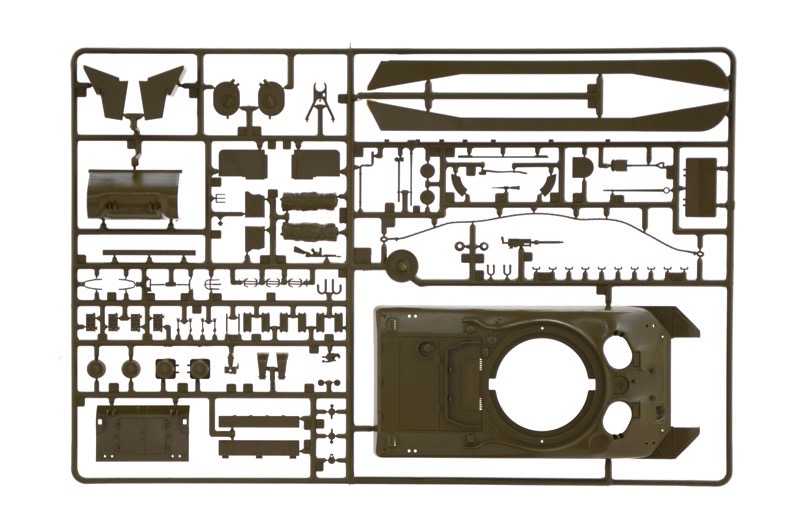 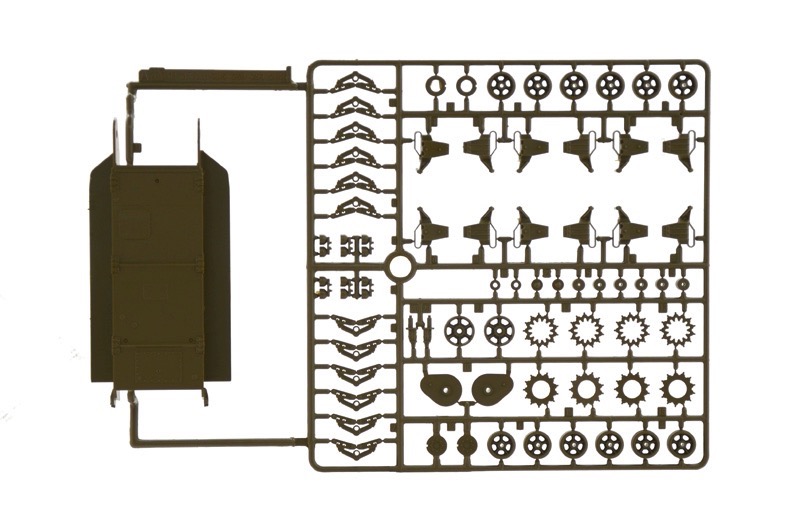 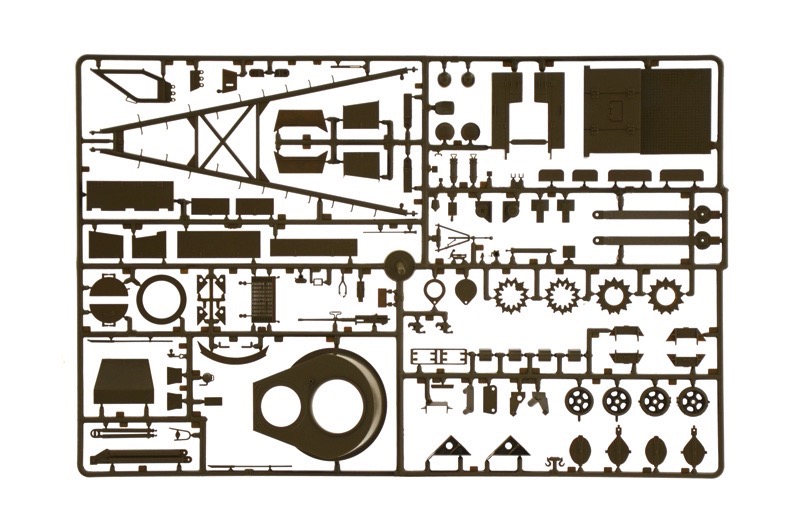 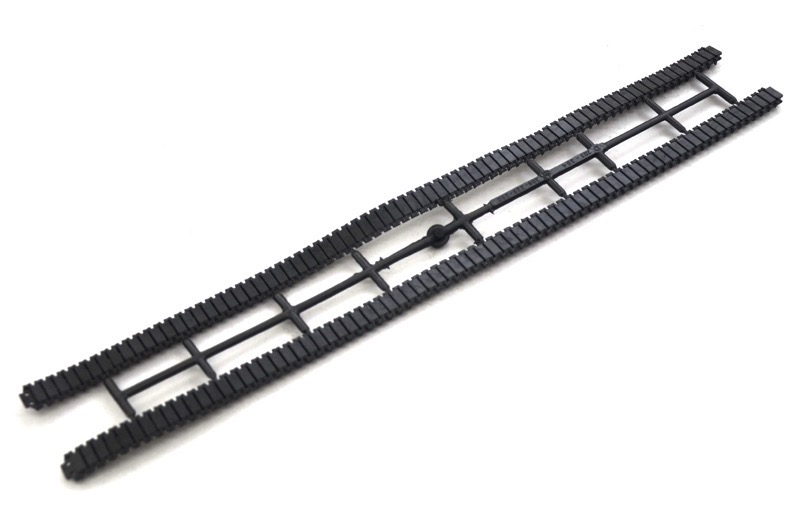 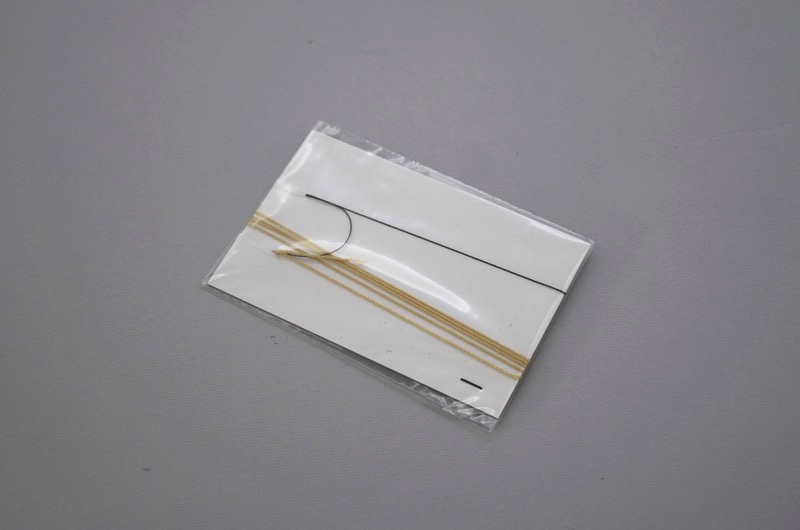 Includes markings for 2 US vehicles and 1 New Zealand.

The Armored Recovery Vehicles (ARV), were introduced during the Second World War. They were built on the hulls of existing armored vehicles, removing the main armament and the turret and installing of specific equipment for the recovery or repair of armoured fighting vehicles damaged in battle. The American M-32 ARV was based on the chassis of the well-known Sherman M4A1 medium tank and it was used by U.S. Army in the European Theater of Operations during the Second World War. It was characterized by the superstructure that permitted to lift and to trail the damaged tanks. Furthermore on M-32 a wide set of repairing tools and spare parts were loaded on board emphasizing its role of real "mobile armoured workshop" capable of operating on the front line. The M-32 was even able to perform complex operation as the replacing of the tank engine. The M-32, after the end of WWII, served in the U.S. Army during the Korean War and it was used by many Countries until the '90s.