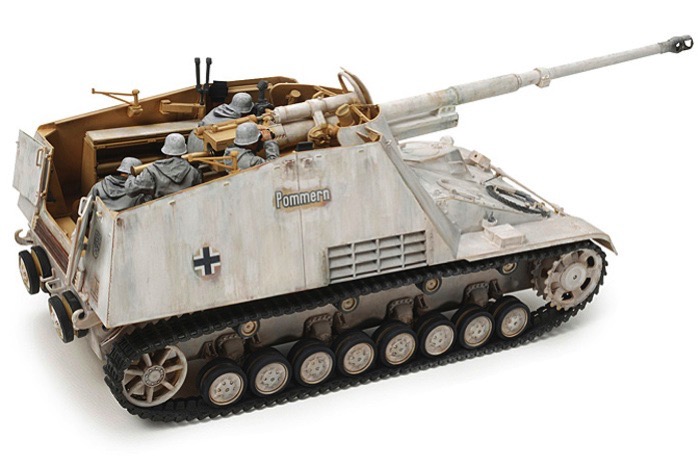 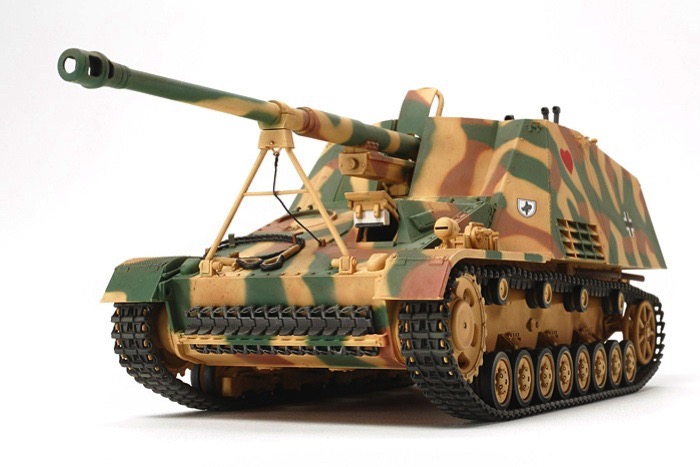 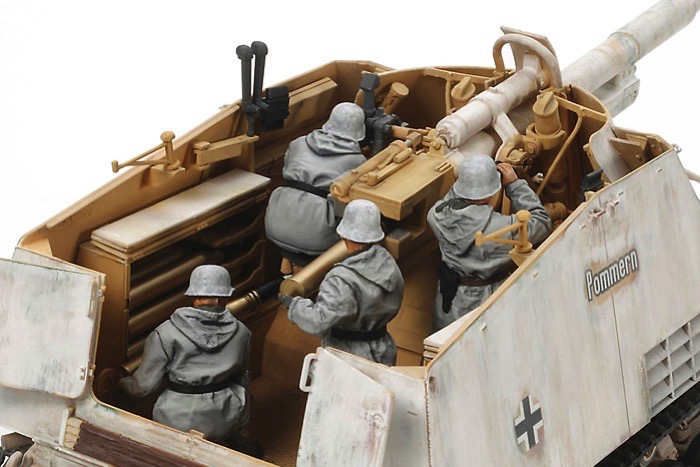 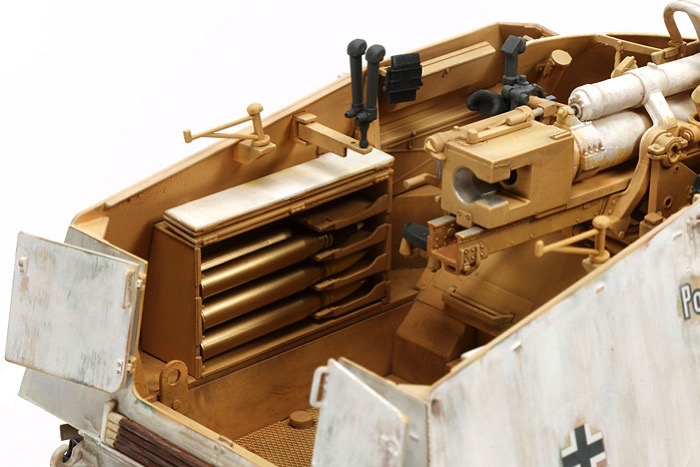 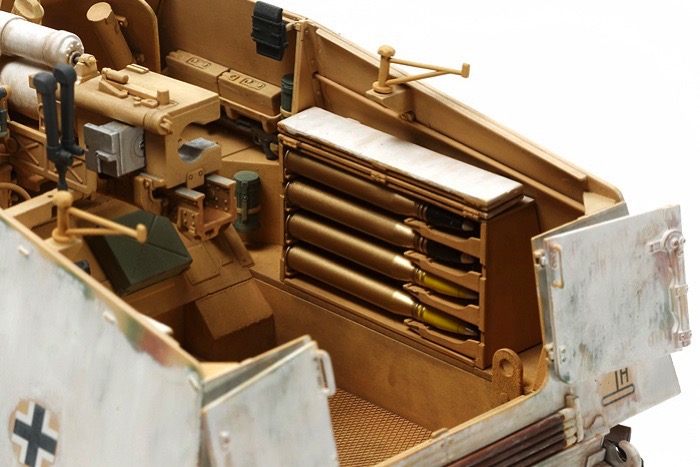 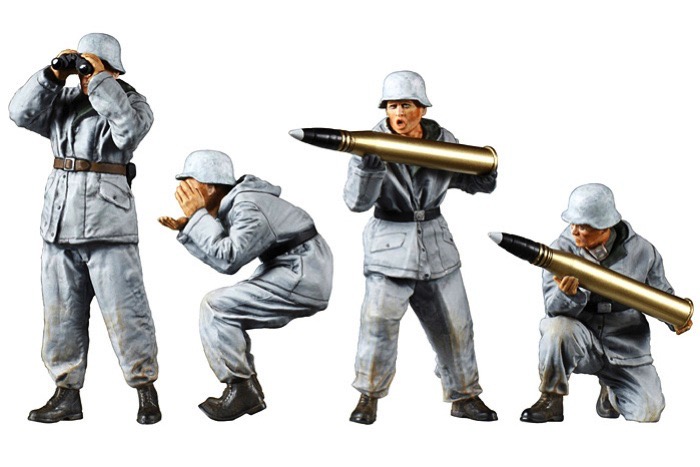 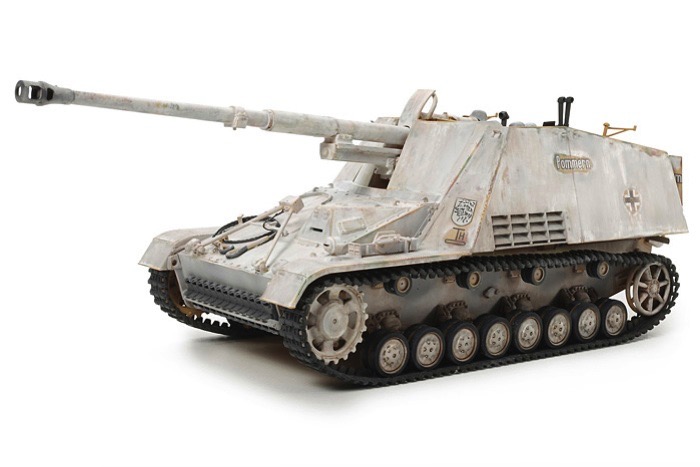 Backordered (Sign up for an email
notification when it's
back in stock!)List price: $87.00
You pay less than: $69.60
Add to cart to see actual sales price.

This is a highly detailed model of the WWII German tank destroyer Nashorn. The full size vehicle featured an 8.8cm gun also known as a PAK 43 and it was fitted to the upper surface of a light turret less chassis. Even though the vehicle was lightly armored, the PAK43 weapon was capable of penetrating 190mm of armor at 1,000 meters. The Nashorn saw action with German heavy antitank battalions fighting Soviet and Allied forces during much of the conflict. Due to its relatively low cost and superior mobility compared to heavier tanks it remained in production until the end of the WWII war.