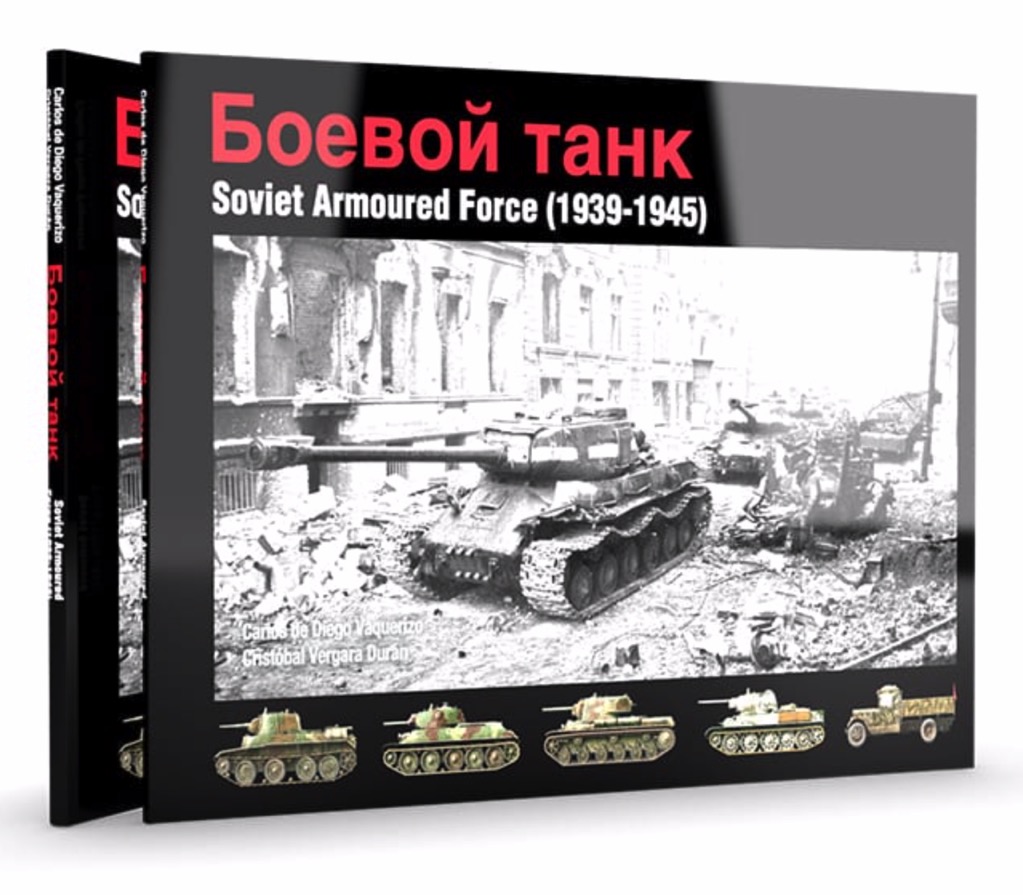 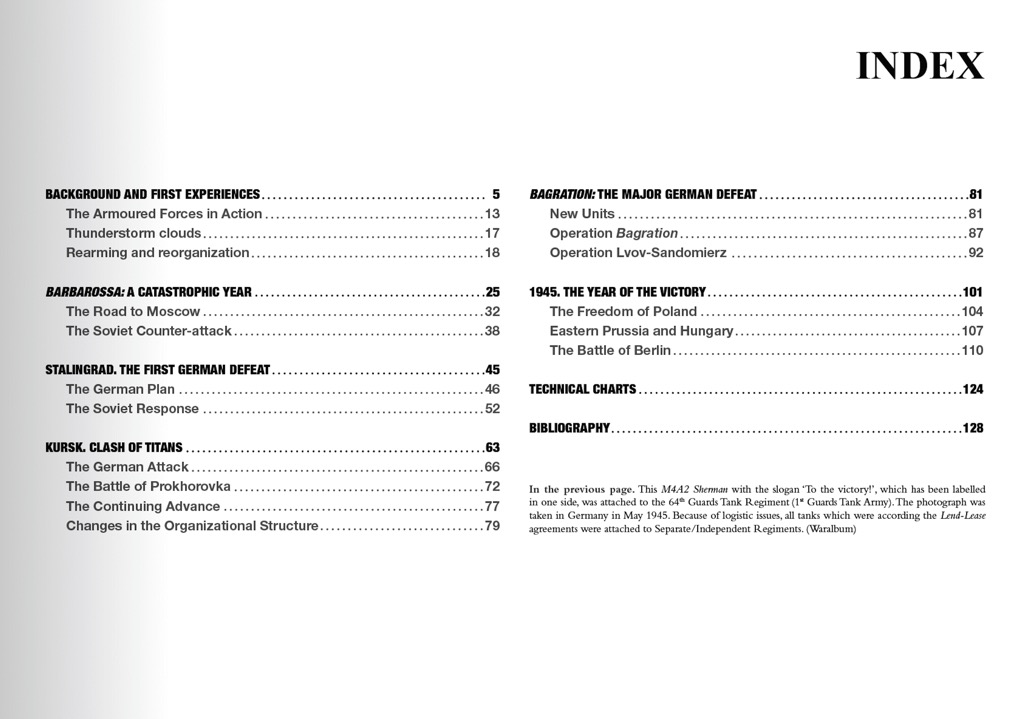 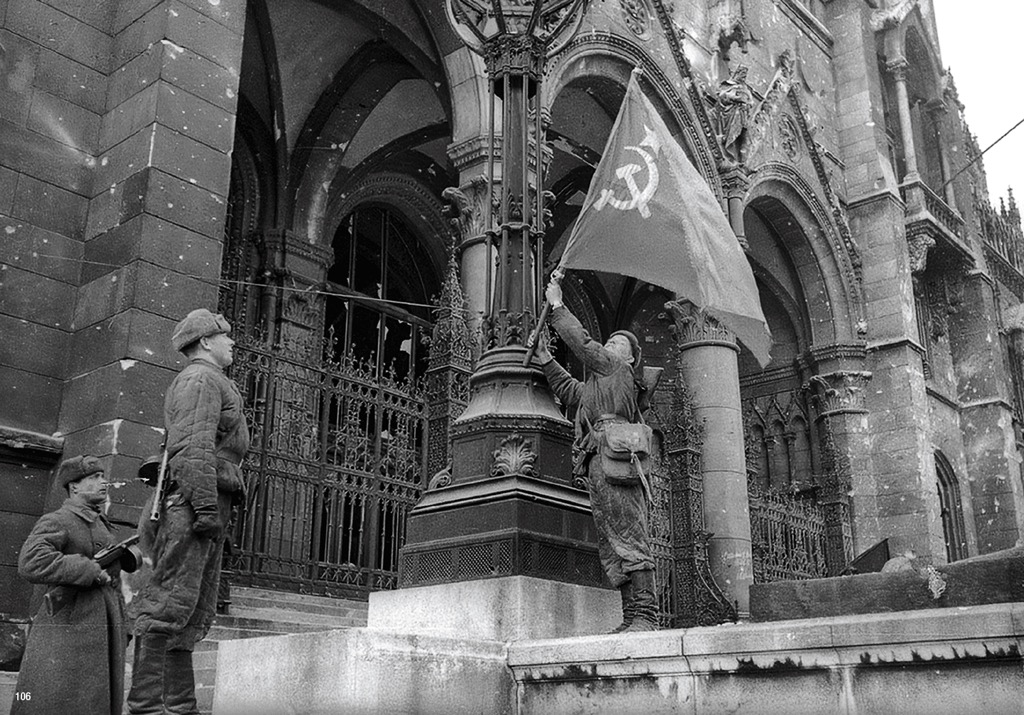 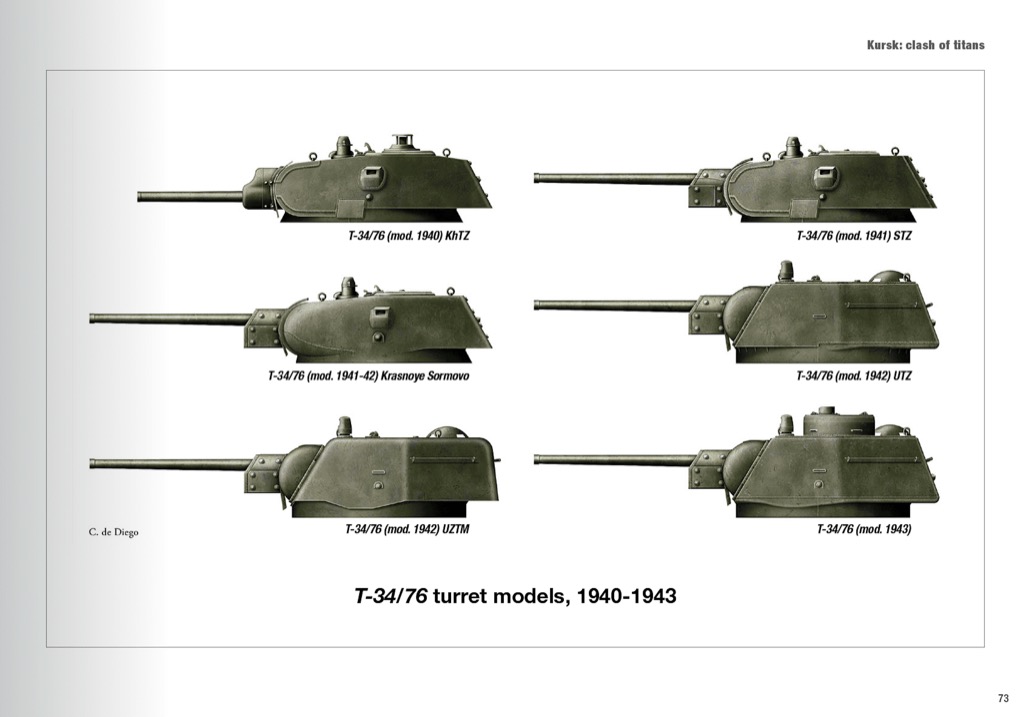 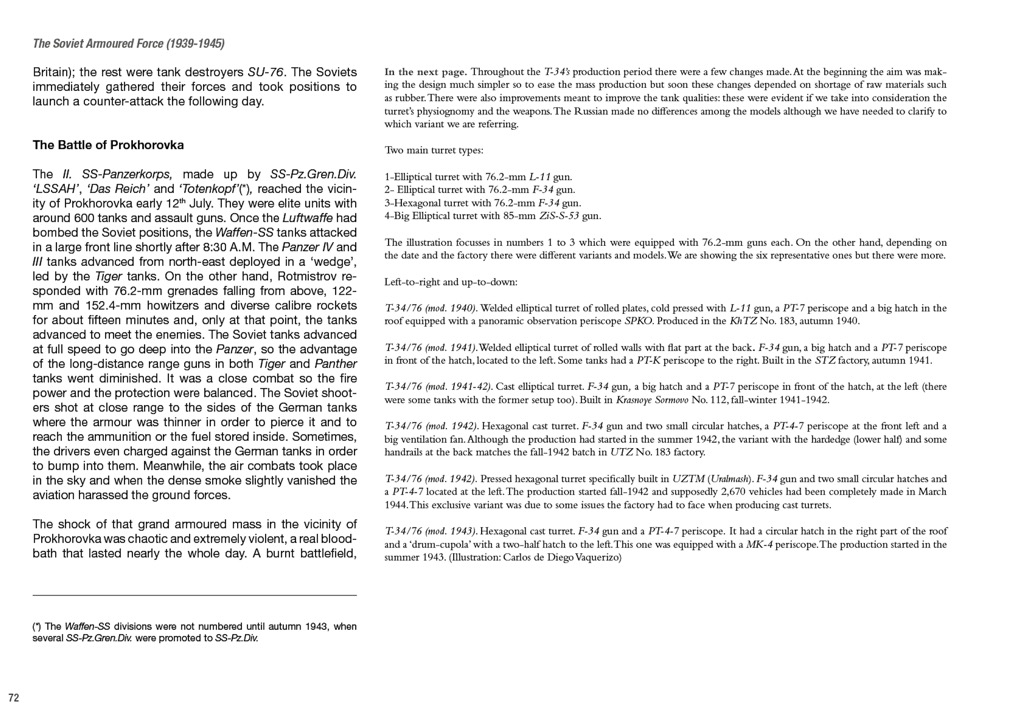 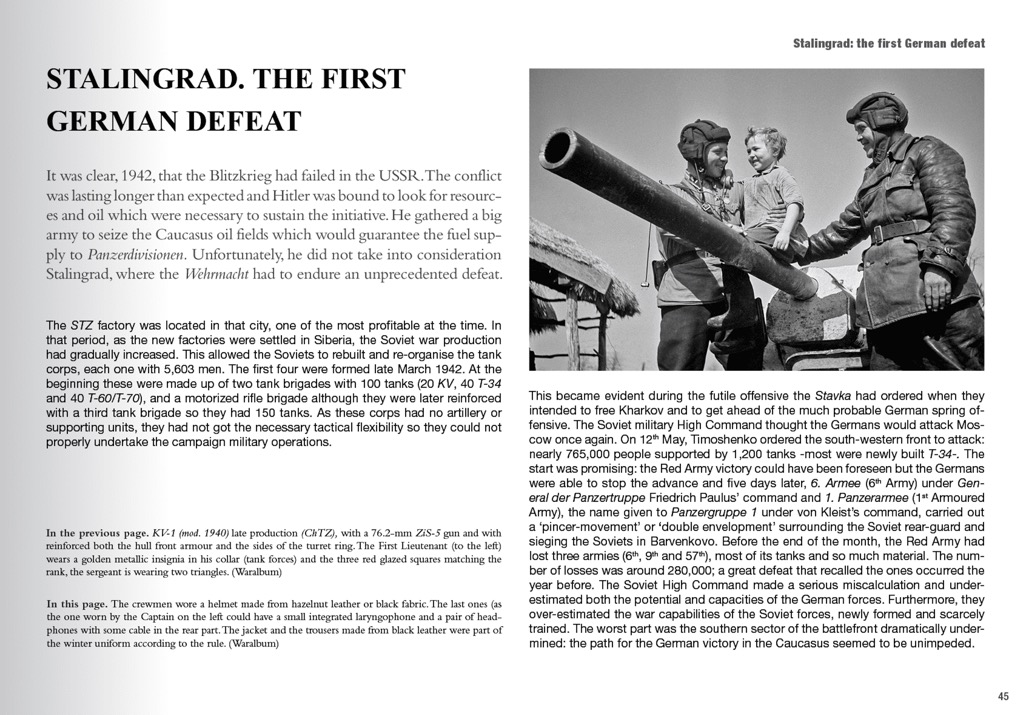 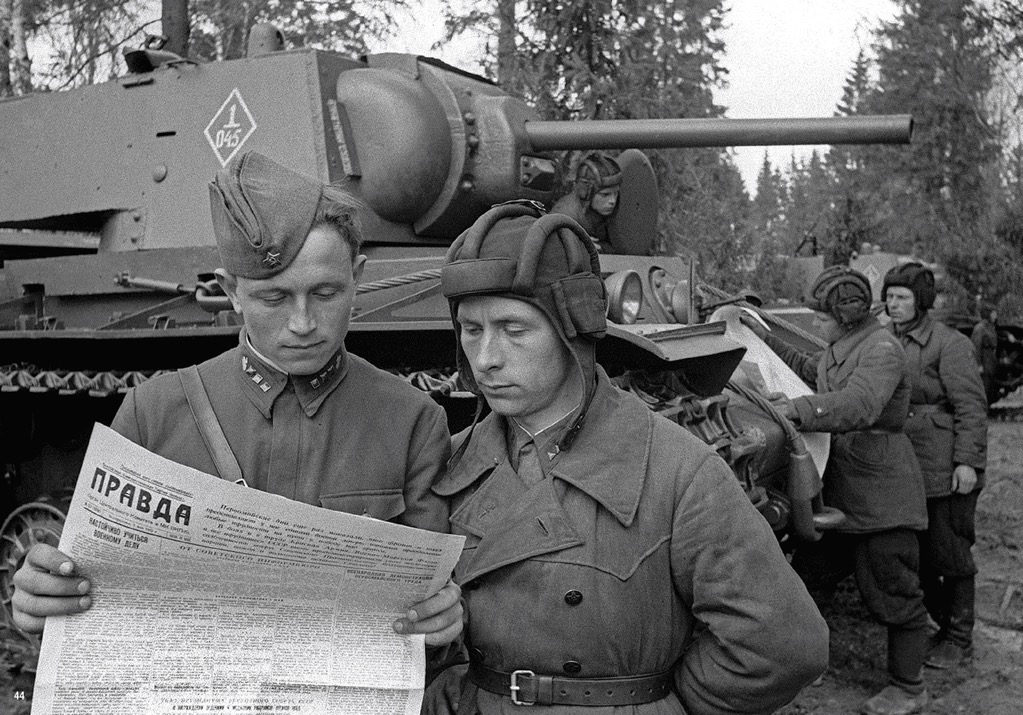 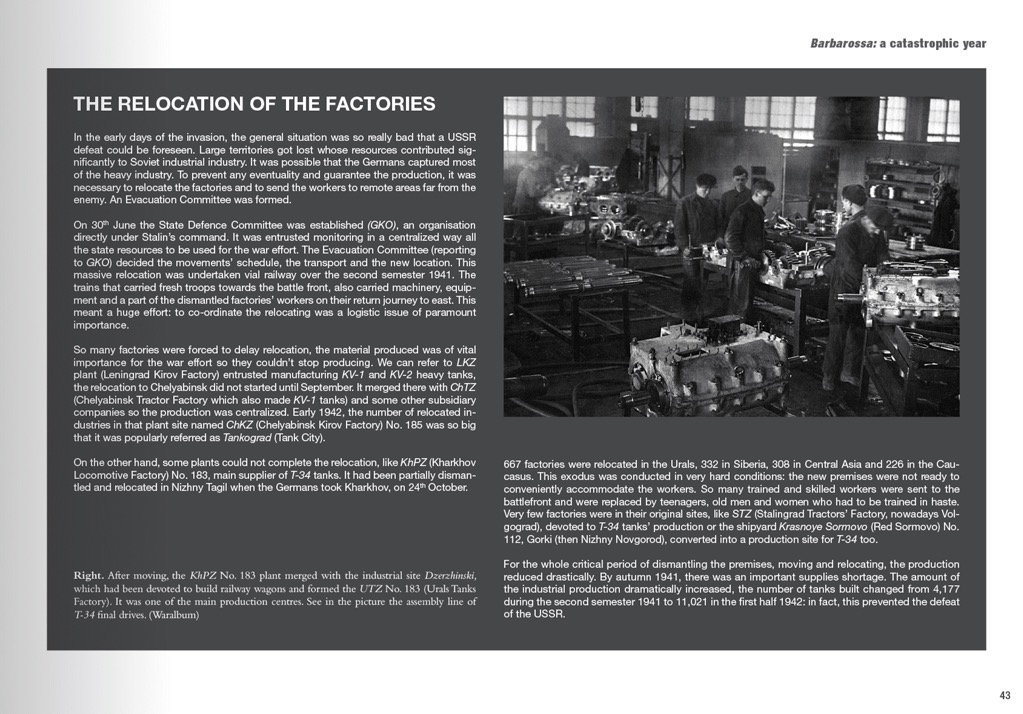 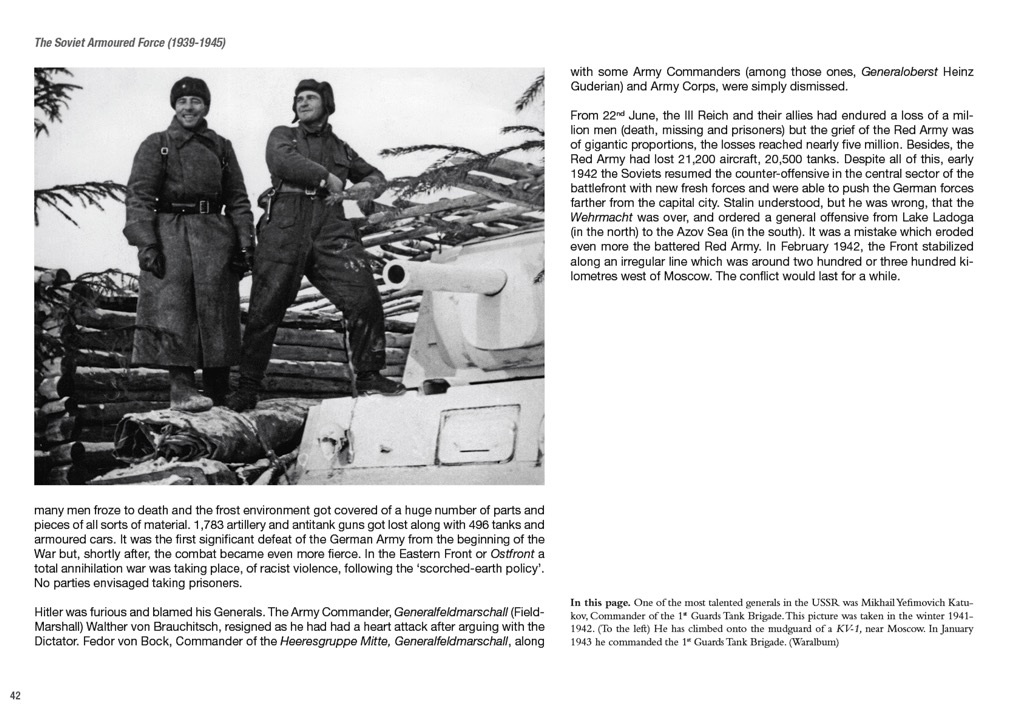 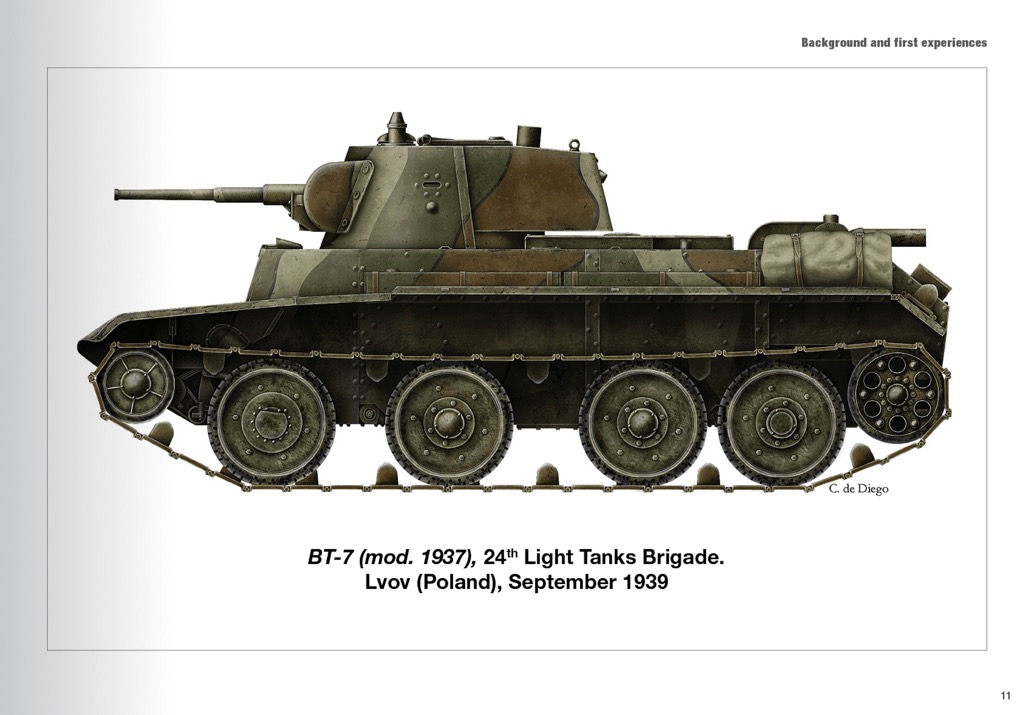 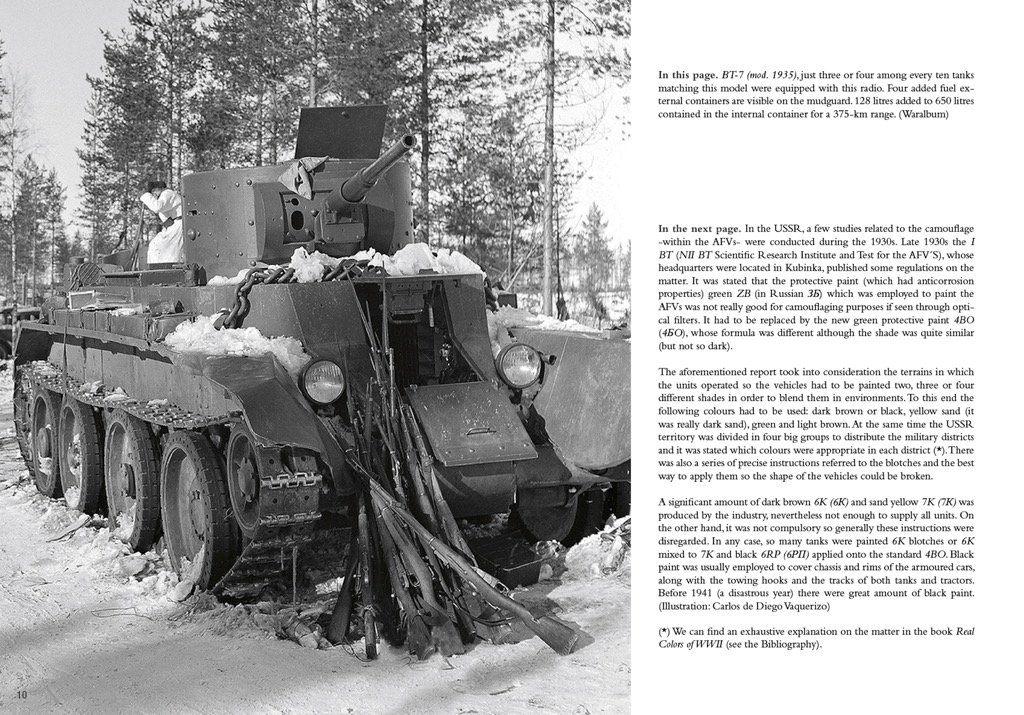 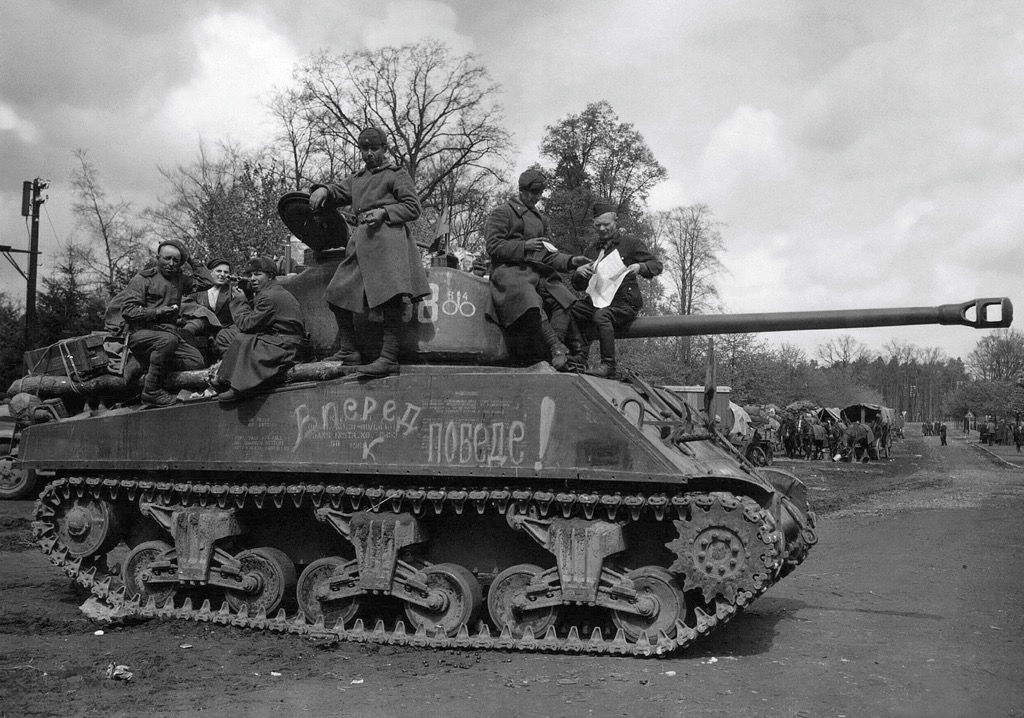 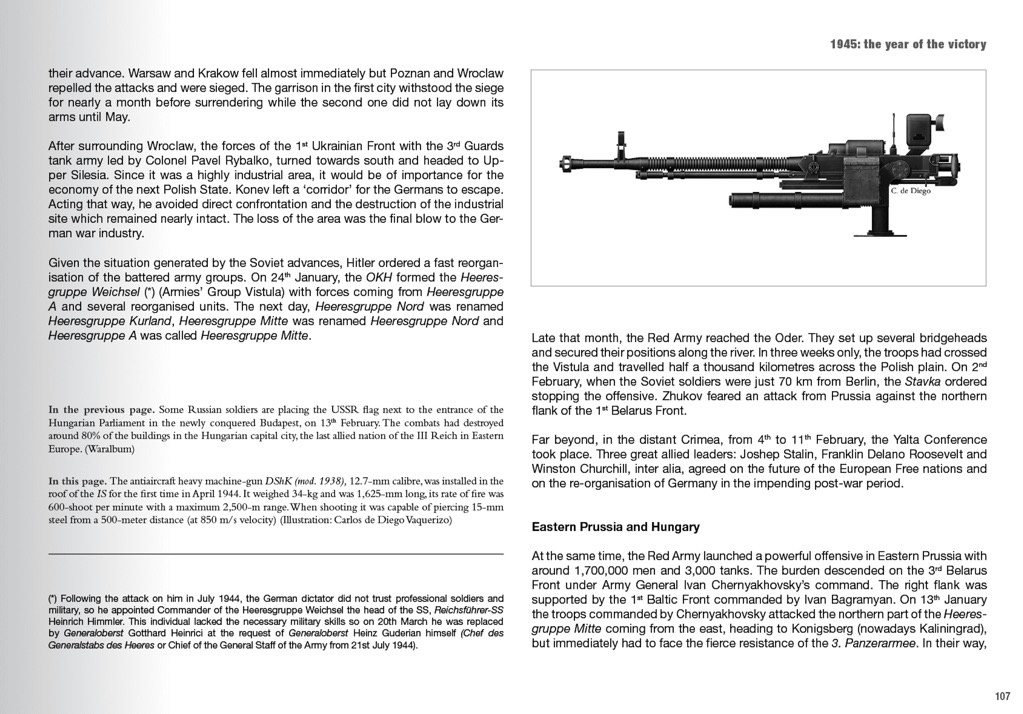 By the autumn of 1941 the Red Army was about to be defeated at the gates of Moscow although it could get over the situation.

Until the spring of 1942 the armament factories had been relocated far away from the battlefront, allowing for unstoppable increase of the production and formation of new military units.

Both the combat tactics and the staff training improved and, at the same time, the design of armoured fighting vehicles evolved outstandingly.

As a result and thanks to the massive use of the armoured forces in all battlefields, in May 1945 the Soviet Union rode to a crushing victory against the Germans.

This book provides a general view on the military operations from the invasion of the USSR to the defeat of the Third Reich and focuses on the evolution of the Soviet armoured units.

The authors discuss the organization and equipment of these units, different models of armoured fighting vehicles and the evolution of their design.