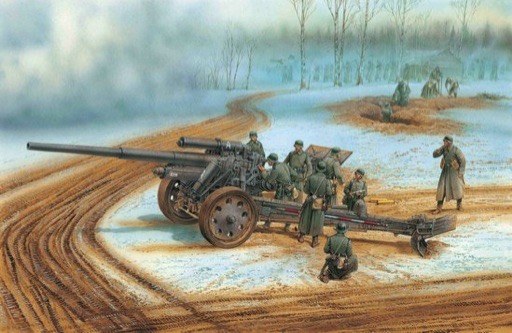 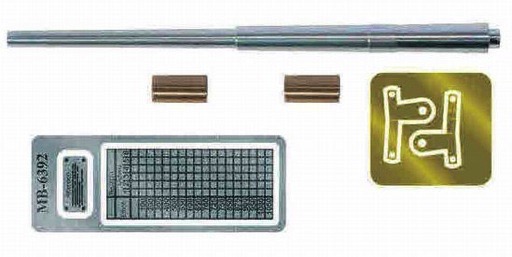 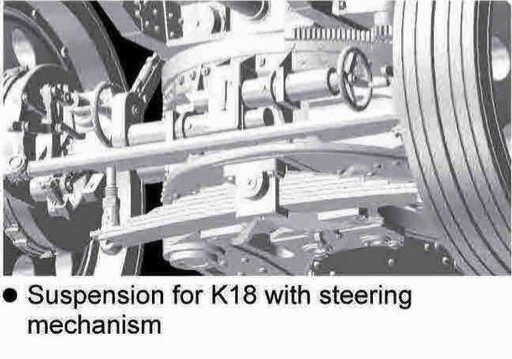 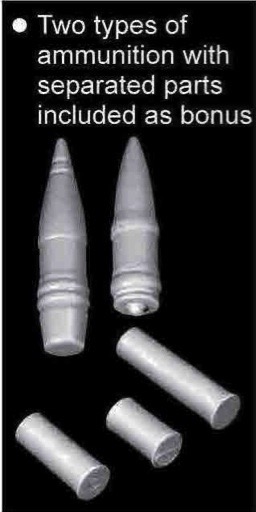 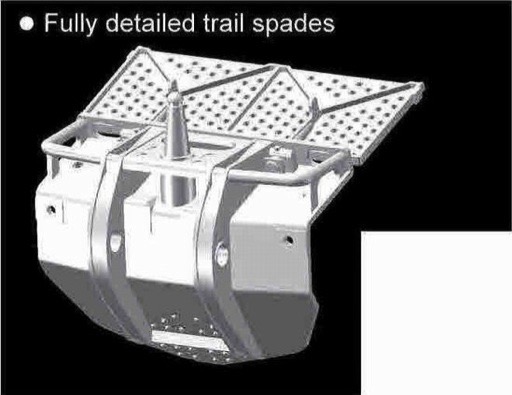 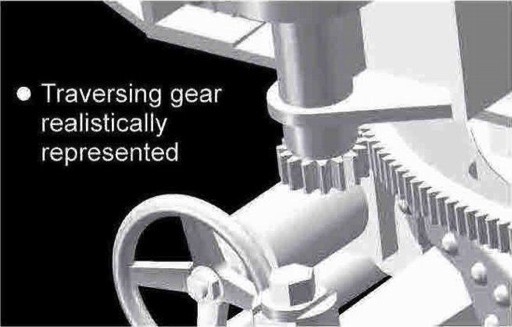 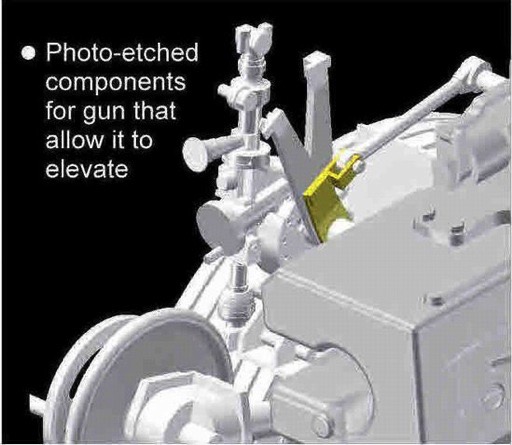 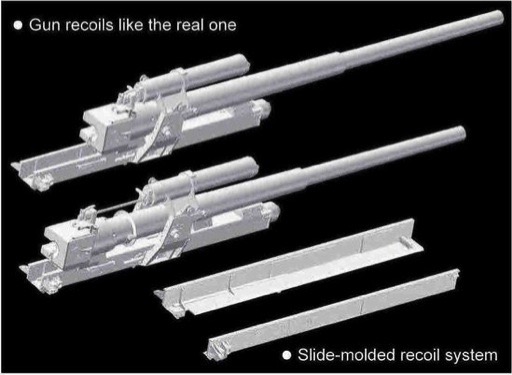 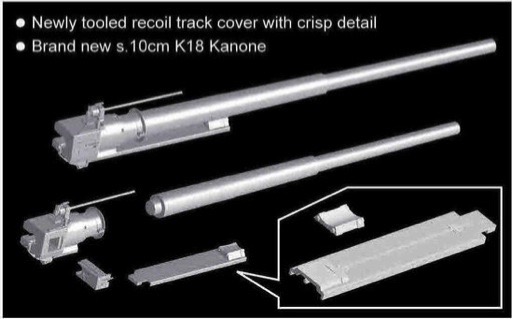 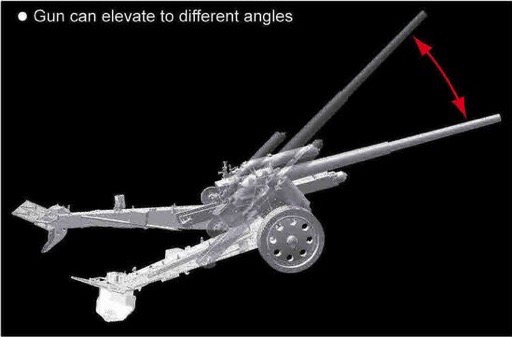 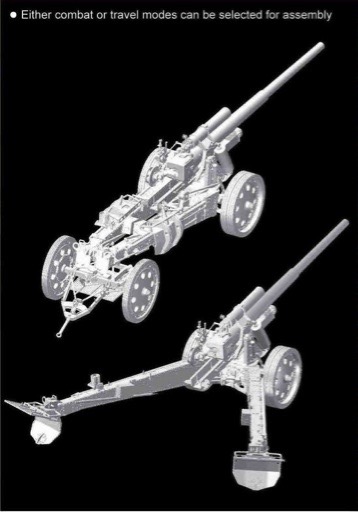 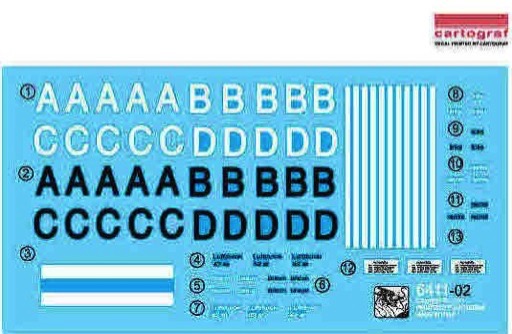 DISCONTINUED This product has been discontinued
and is no longer available.List price: $65.00
You pay: $43.99
(All prices in U.S. Dollars)

Feature: There was an astounding response from the modeling fraternity to Dragon's German 15cm s.FH.18 Howitzer few years ago. This is due to the artillery kit's thorough research, accurate design, and widespread use of slide-mold technology. This big howitzer kit achieved instant popularity, especially in a market where there is a dearth of German artillery kits. Dragon has now rewarded modelers by adding another artillery piece to the 1/35 scale range - the latest offering is the German 10.5cm Kanone 18!

The 5.6-ton K18 was of 10.5cm caliber, and was based on the high-speed towing carriage of the s.FH.18. Designed to be a long-range medium artillery piece, it was the standard weapon in medium artillery battalions. The gun had a range of 20,850 yards, and it remained in service throughout the war. A crew of ten operated this howitzer that was first introduced in 1934. This kit is naturally based on Dragon's original s.FH.18 Howitzer, so it offers all its relevant, accurate components such as the carriage. New for this kit is a highly accurate breech, breech block and aluminum gun barrel. This eagerly anticipated kit follows Dragon's successful Smart Kit formula, and this medium howitzer will feel perfectly at home in a diorama or display base!