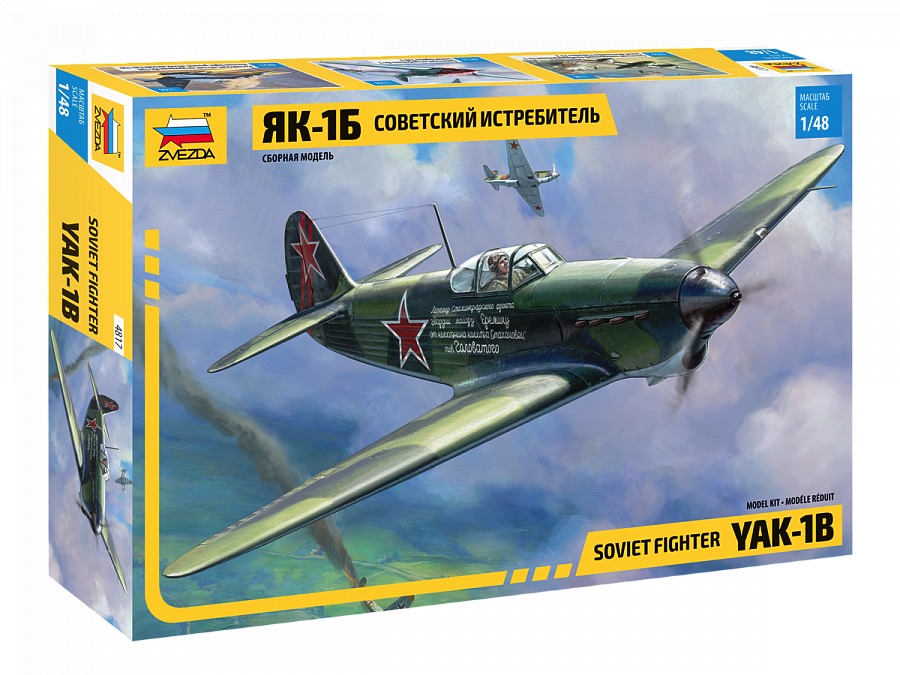 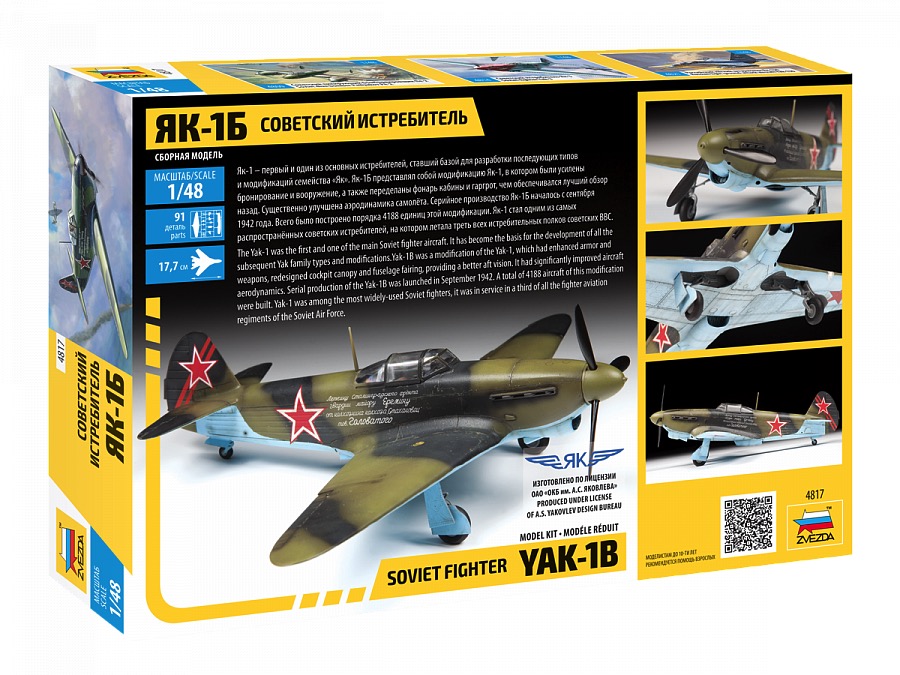 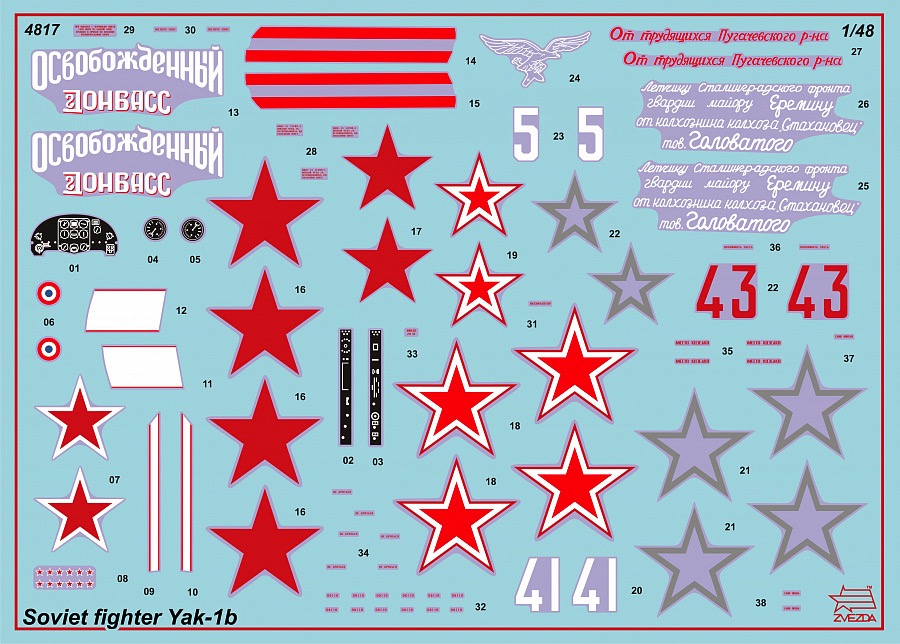 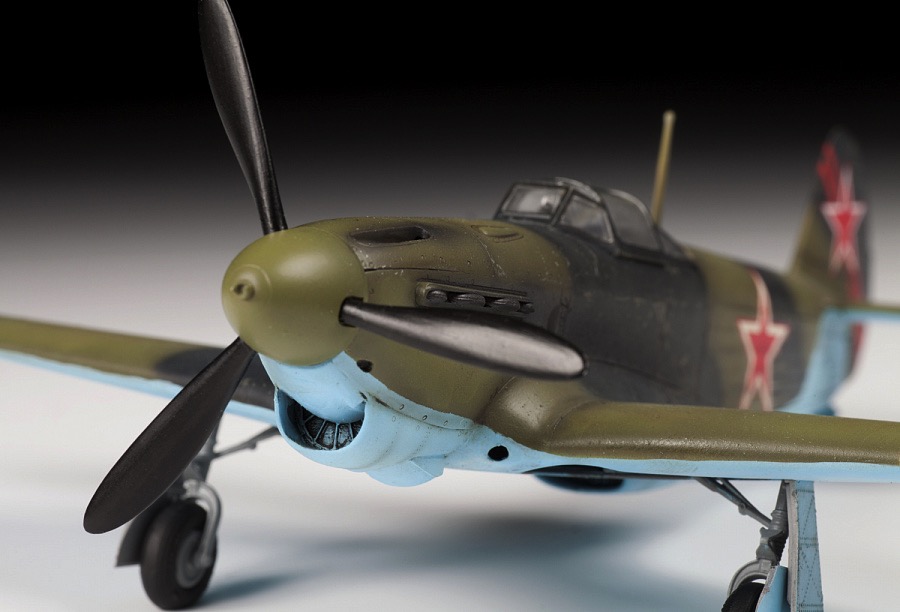 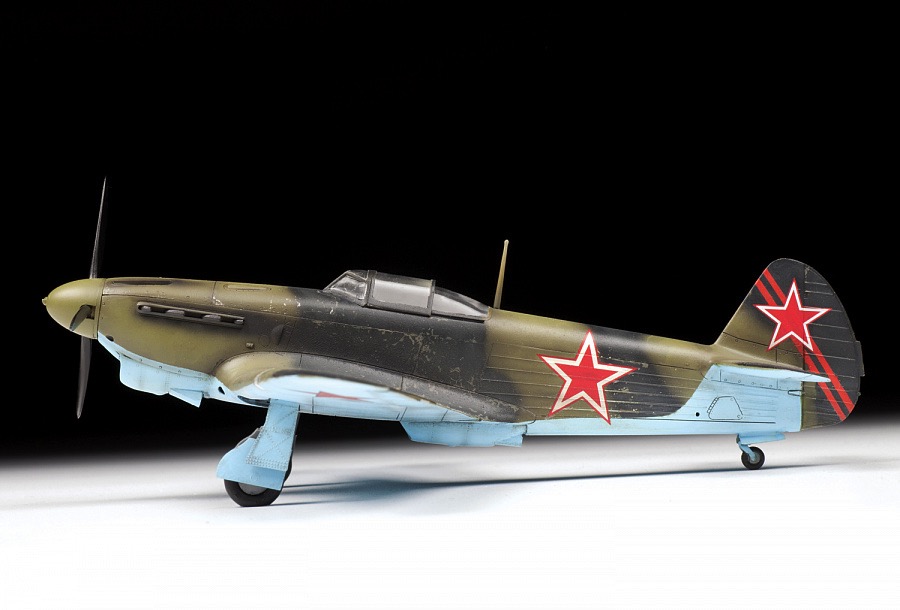 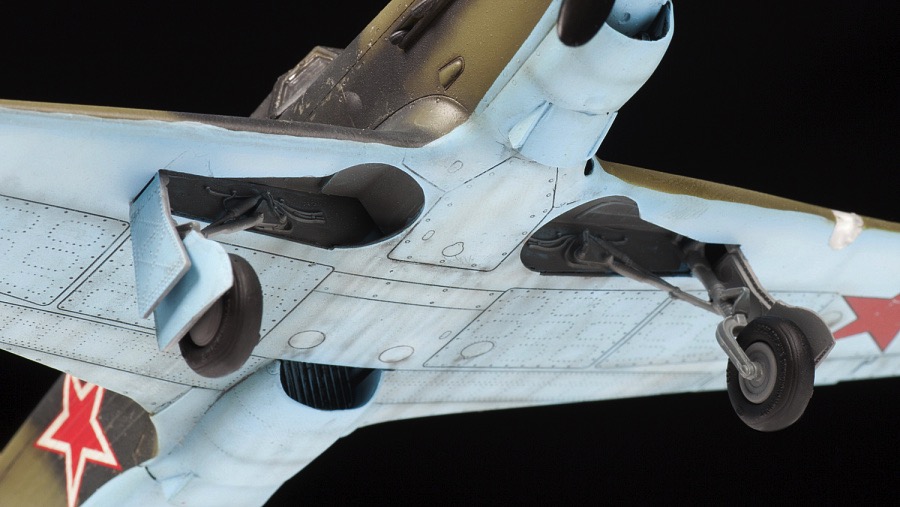 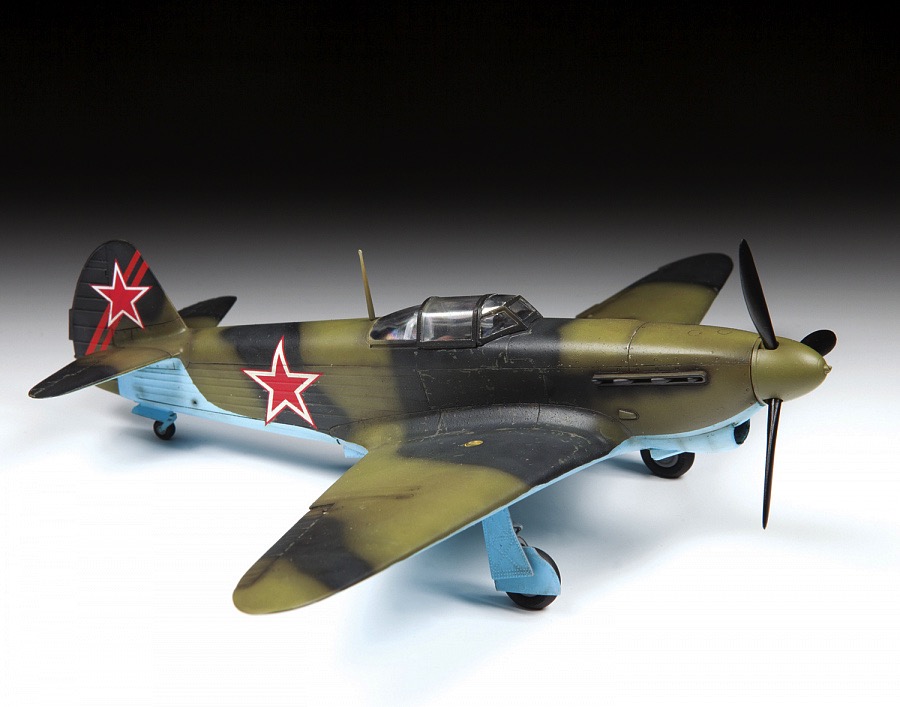 The Yak-1 was the first and one of the main Soviet fighter aircraft. It has become the basis for the development of all the subsequent Yak family types and modifications. Yak-1B (unofficial designation of the version, used in the army) was a modification of the Yak-1, which had enhanced armor and weapons, redesigned cockpit canopy and fuselage fairing, providing a better aft vision. It had significantly improved aircraft aerodynamics. Serial production of the Yak-1B was launched in September 1942. A total of 4188 aircraft of this modification were built. The total number of all versions of all Yak-1 fighters produced is 8734. Yak-1 was among the most widely-used Soviet fighters, it was in service in a third of all the fighter aviation regiments of the Soviet Air Force. Yak-1 was fighting up to the end of the Second World War. It proved to be an excellent fighter at small and medium heights, capable of surpassing any enemy in maneuverability, having good stability in all flight conditions and excellent control performance at high angles of attack.