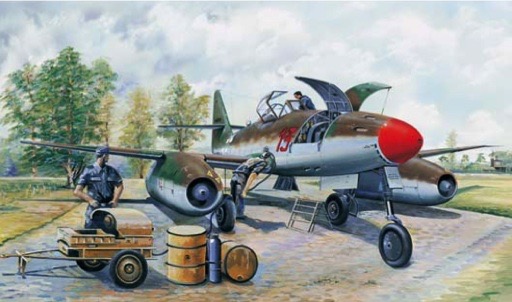 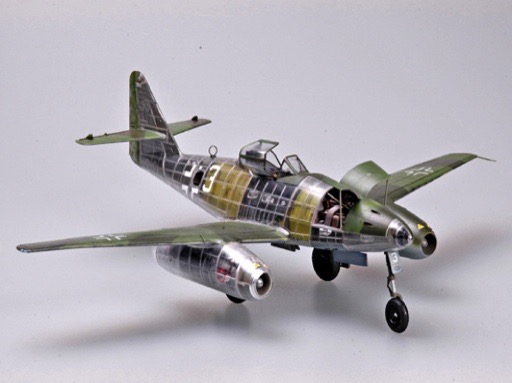 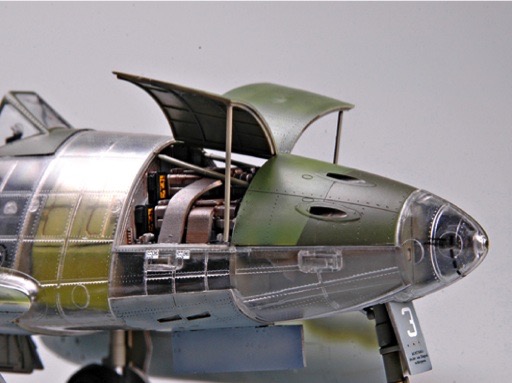 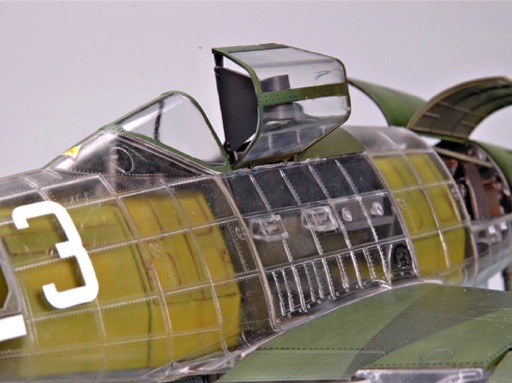 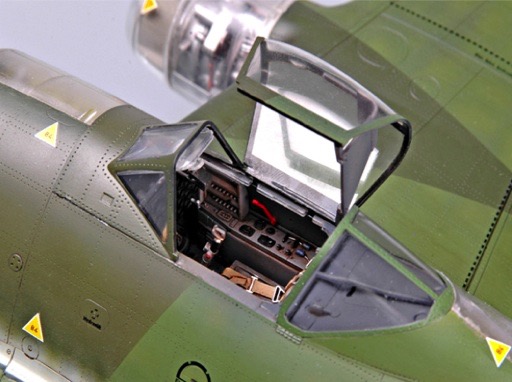 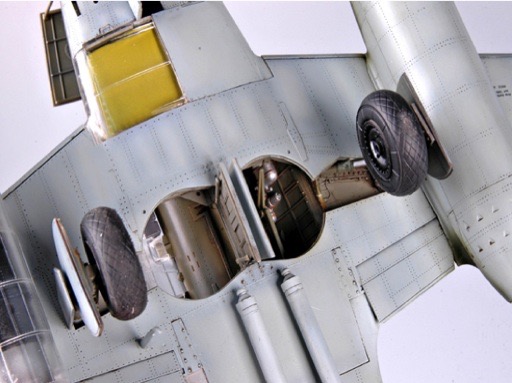 Being the first operational jet fighter of the world, the Messerschmitt Me262 was one of the most advanced aircraft of its time. Development for this plane began as early as 1938 and the first prototype made its maiden flight (still propulsed by a piston engine) in April 1941. The first jet powered version flew in July 1942. Full scale production started in November 1943 but two major aspects, one political and one technical stopped its fast introduction to front line fighter units. The political factor was that the plane should be used as a fast bomber instead of a fighter, and it took until late 1944 and early 1945 until it was officially allowed to use this plane as a fighter. The technical problem was the reliability and availability of the jet engines. They had only a lifetime of about 10 flying hours and production never reached the output necessary. The principal operational versions were the Me262A-1A Schwalbe (Swallow) interceptor and the Me262A-2A Sturmvogel (Storm Bird). The Schwalbe was built in a number of sub-types with alternative armaments installations. Despite all this problems, over 1400 planes were actually build and put into service. Although the plane was not as maneuverable as its piston driven counterparts, its overall performance superior to many other aircraft of its time.There are several aircraft left in museums around the world. length : 10.60m Wing Span : 12.65m Hight : 3.83m Wing Area : 21.70 Square Meter All-Up Weight : 6,755Kg Empty Weight : 4,000Kg Engine : Jumo004B-1 X 2 Max Speed : 870Km/h Max Range : 1.050Km Service Ceiling : 11,400m Crew : 1 Armament : MK108 30mm X 4 Option Armament : R4M 55mm Orkan Rocket X 24