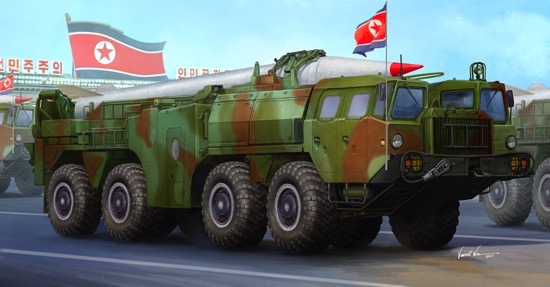 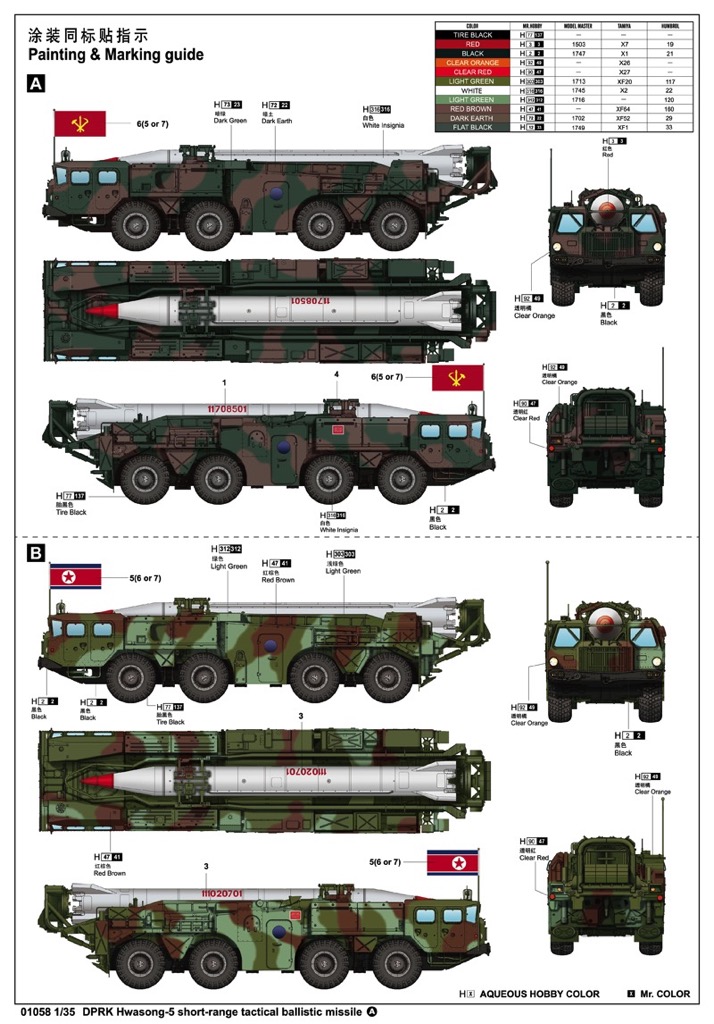 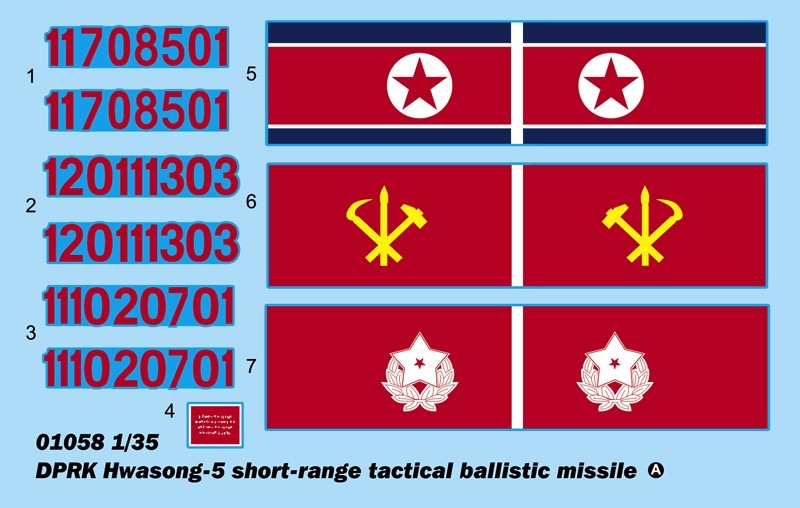 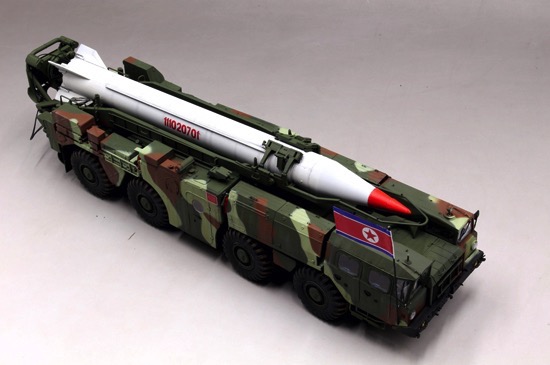 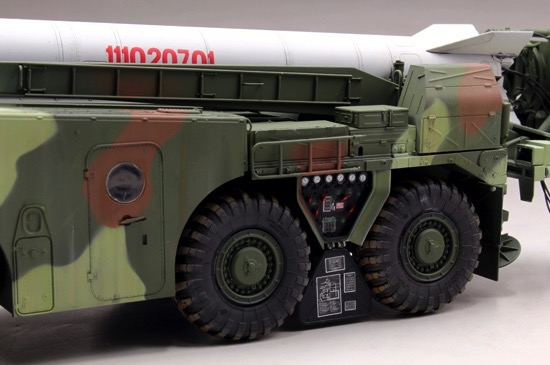 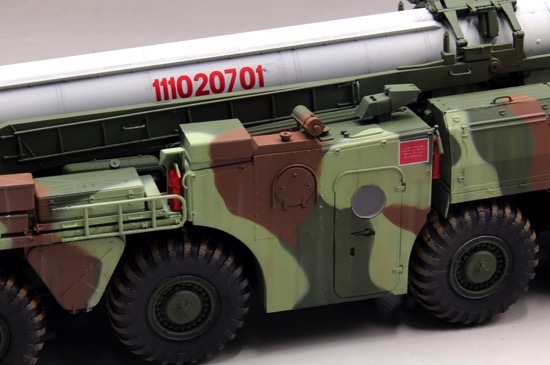 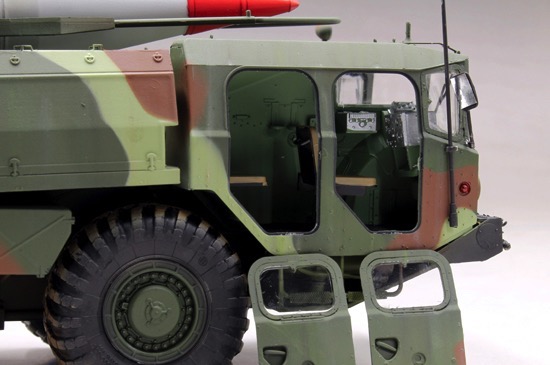 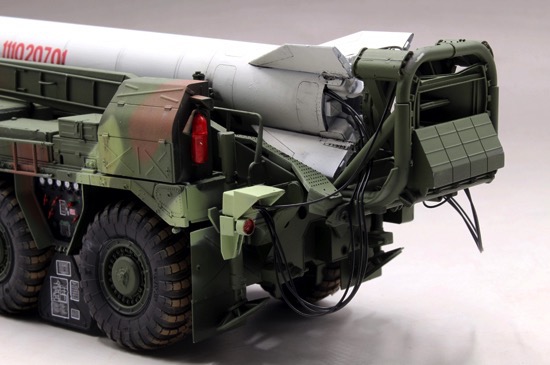 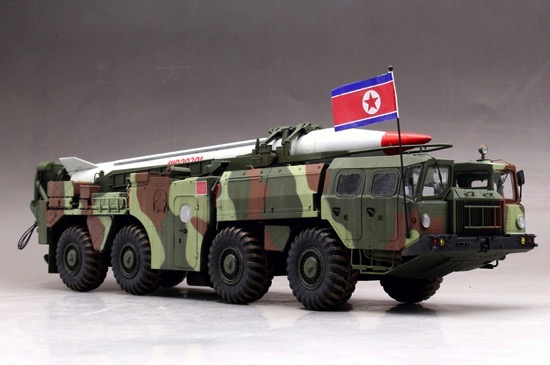 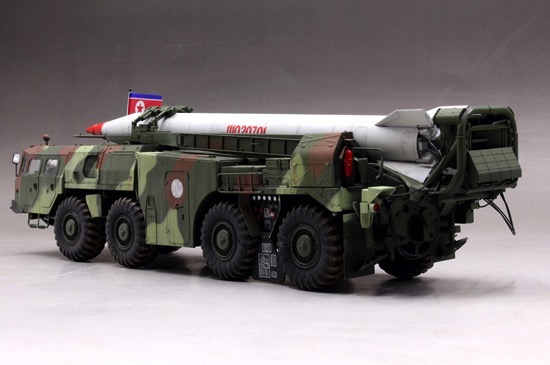 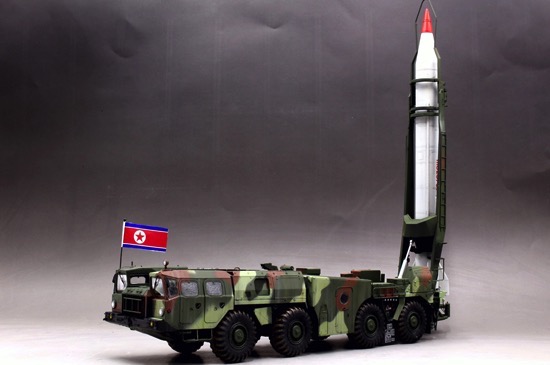 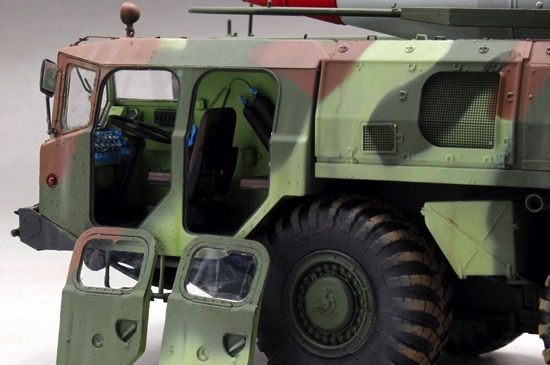 The Hwasong-5 is a surface-to-surface short-range tactical ballistic missile derived from the Soviet R-17 Elbrus missile and based on the ballistic missile Scud-B. Hwasong-5 with a range of 300 km and a payload capacity of slightly under 1,000 kg. North Korea purchased the Soviet Scud-B from Egypt in the mid-1970s and made improvements to the airframe, guidance, and motor. Flight tests of the Hwasong-5 began in 1984 and the missile was deployed in 1986. The Hwasong-5 like the Scud-B is road-mobile and launched from a North Korean copy of the Russian designed MAZ-543 Transporter-Erector-Launcher (TEL) vehicle. However, the SRBM can also be launched from converted commercial vehicles as well. It is believed that North Korea has around 300 Hwasong-5 SRBMs with around 12 to 15 launchers . ending production in 1991 or 1992.