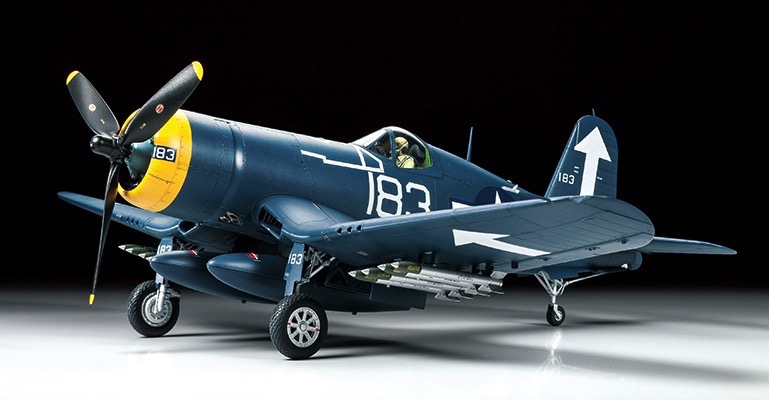 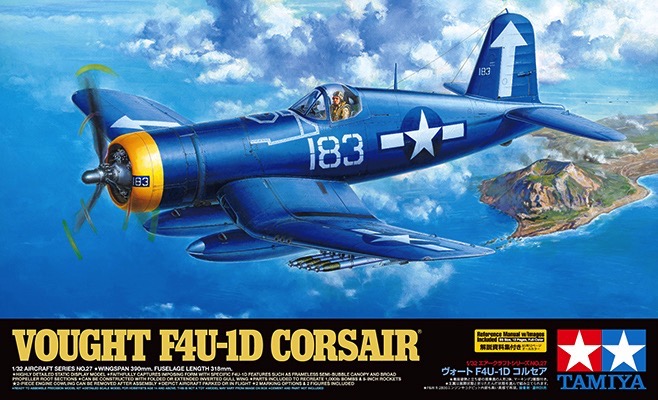 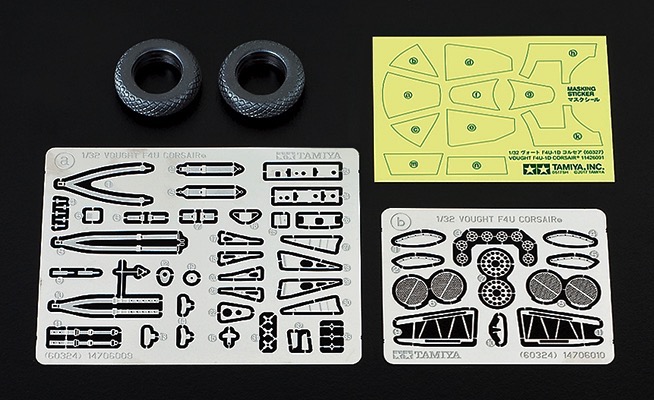 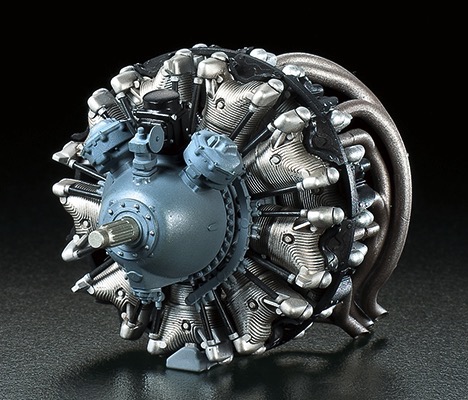 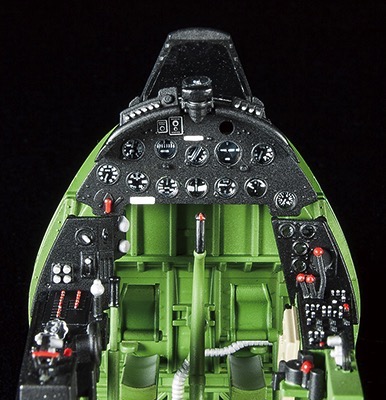 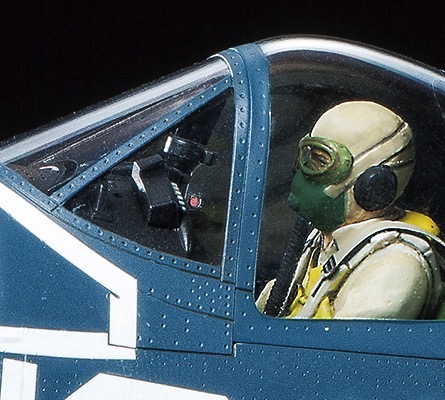 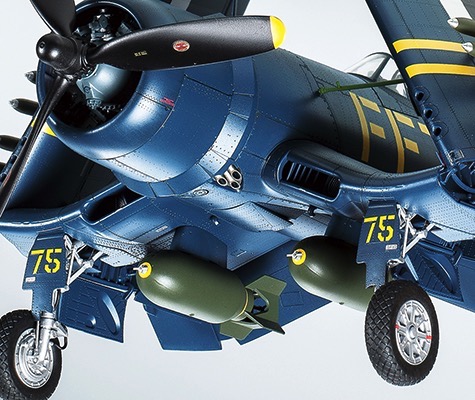 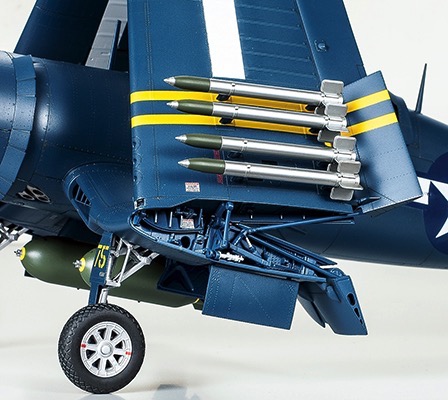 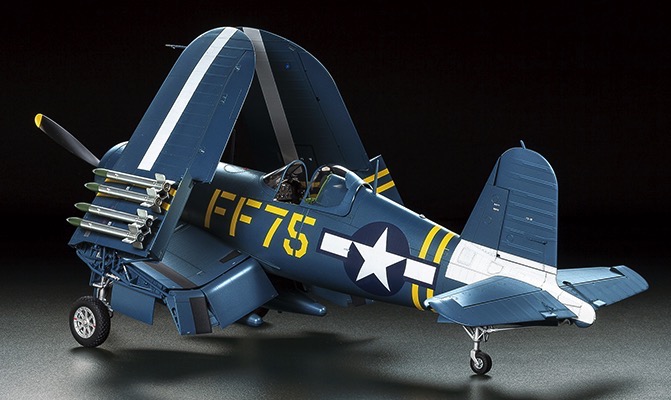 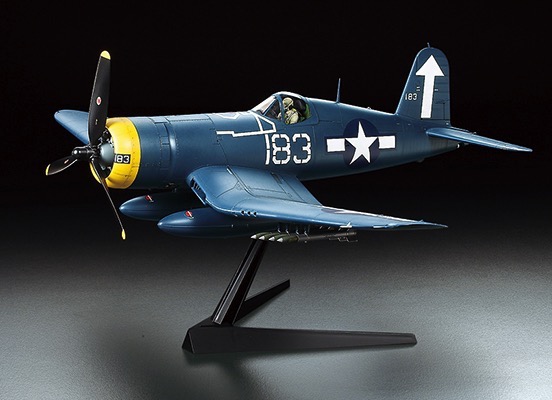 This is the D variant of the popular Corsair World War II fighter plane. It uses new parts to recreate features specific to the F4U-1D, which was the first Corsair to be cleared for use on aircraft carriers. This fighter-bomber could carry drop tanks on new hard points under the wing root, and up to 8 rockets under the outer wing. It provided invaluable close support for ground troops during landings in places such as the Philippines and Okinawa, and continued to serve after WWII, in Korea.