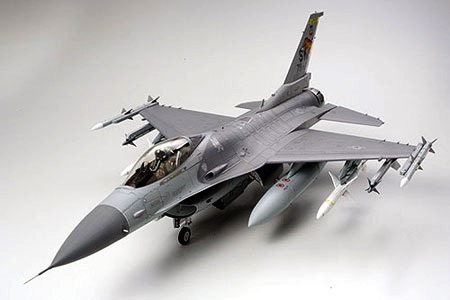 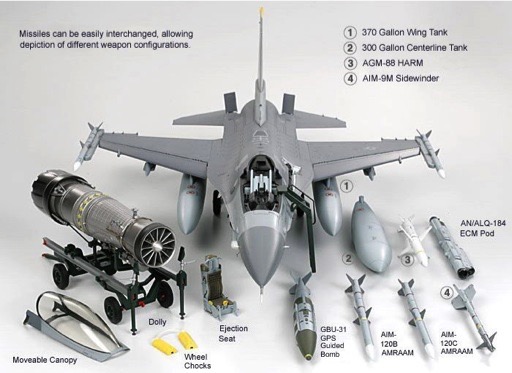 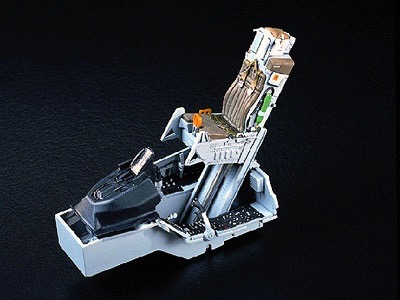 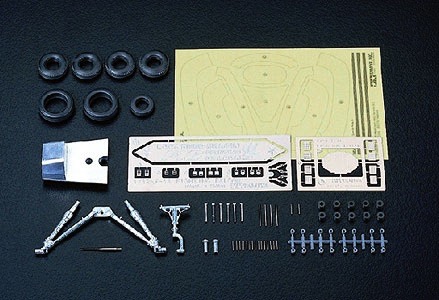 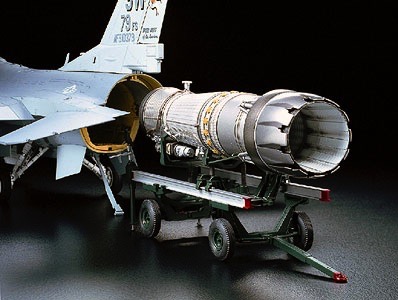 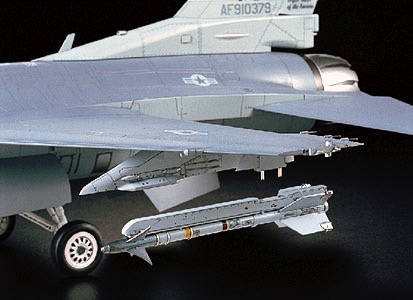 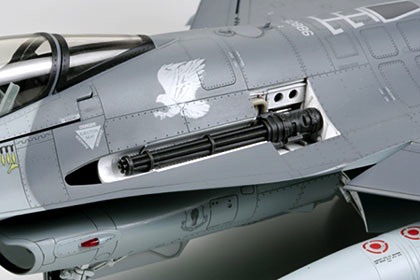 Backordered (Sign up for an email
notification when it's
back in stock!)List price: $220.00
You pay less than: $176.00
Add to cart to see actual sales price.

About the F-16 Fighting Falcon
Highly regarded as one of the world's leading lightweight multi-purpose fighters, the F-16 Fighting Falcon is capable of precision attack during air-to-air and air-to-surface combat. The success of the F-16 comes from its precision control, with aerodynamic body design combining with innovative electronic fly-by-wire technology for precision maneuvering at both low and high speeds, and low and high altitudes. Fitted with one single turbo jet engine, the F- 16 has a top speed of over Mach 2. Currently used by more than 20 countries around the world, the F-16 has been deployed to actual conflict since the 1980's including seeing action in significant conflicts such as the Arab-Israeli conflict, the Gulf War, Kosovo, Afghanistan and Iraq.

About the F-16CJ (Block 50)
Delivered to units from August 1991, the F-16 Block 50 is the newest F-16 currently being deployed to U.S. units. Major upgrades added to the Block 50 were a more powerful turbo engine, an improved radar and an improved countermeasure system. Fitted with a General Electric engine, the fuselage features the distinctive wide Big Mouth air duct that was first introduced on the Block 30. The Block 50 variant, the F-16CJ, comes equipped with AGM-88 HARM (High-speed Anti-Radiation Missile) and AN/ASQ-213 HARM Targeting System (HTS), and are used for SEAD (Suppression of Enemy Air Defense) missions, which include searching out and destroying air-defense radar and missile sites. F-16CJ were delivered to units from May 1993, and were used during Operation Iraqi Freedom and patrol of the no-fly zone over Iraq following the Gulf War.