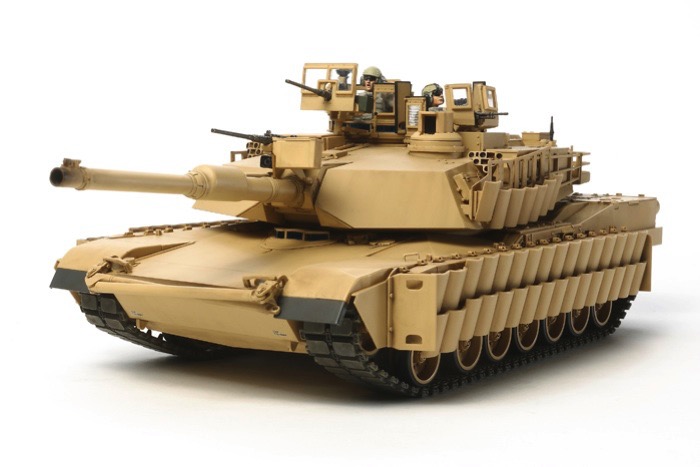 Backordered (Sign up for an email
notification when it's
back in stock!)List price: $92.00
You pay less than: $73.60
Add to cart to see actual sales price.

During the 2003 Invasion of Iraq, the U.S. deployed its latest M1A2 Abrams main battle tanks and these continued to be used in Iraq during the subsequent occupation period. Due to the threats posed by RPGs and improvised explosive devices (IEDs) in the urban environments, the tanks were upgraded with more protection in the form of Tank Urban Survival Kits (TUSK I) in 2004. The upgrade included features such as reactive armor on the hull sides, hull underside armor to protect against land mines, an M2 machine gun mounted above the main gun barrel, infrared cameras for the crew, and an external telephone for communication with accompanying infantry. A further development called TUSK II added features such as tile-shaped reactive armor to the turret and hull sides, armored shield for the commander, and a rear-view camera. The TUSK kits could be installed in field depots in about 12 hours and different tanks had different features equipped. TUSK kits could only be installed in theatre due to the reactive armor. The Tamiya 1/35 scale model uses new data gathered to ensure it is the best M1A1 kit in the model world.