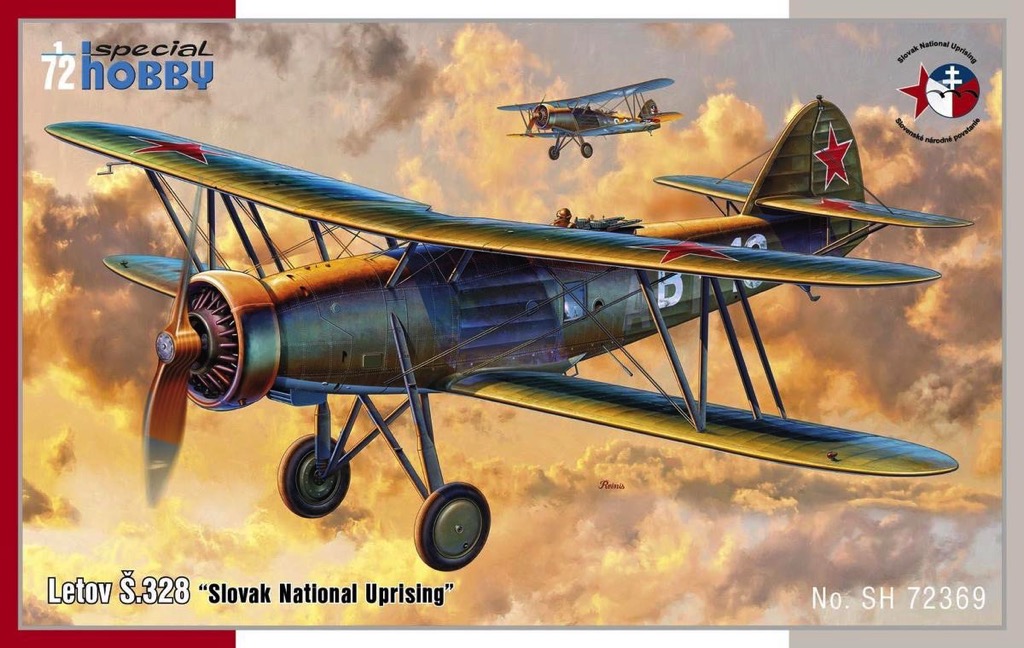 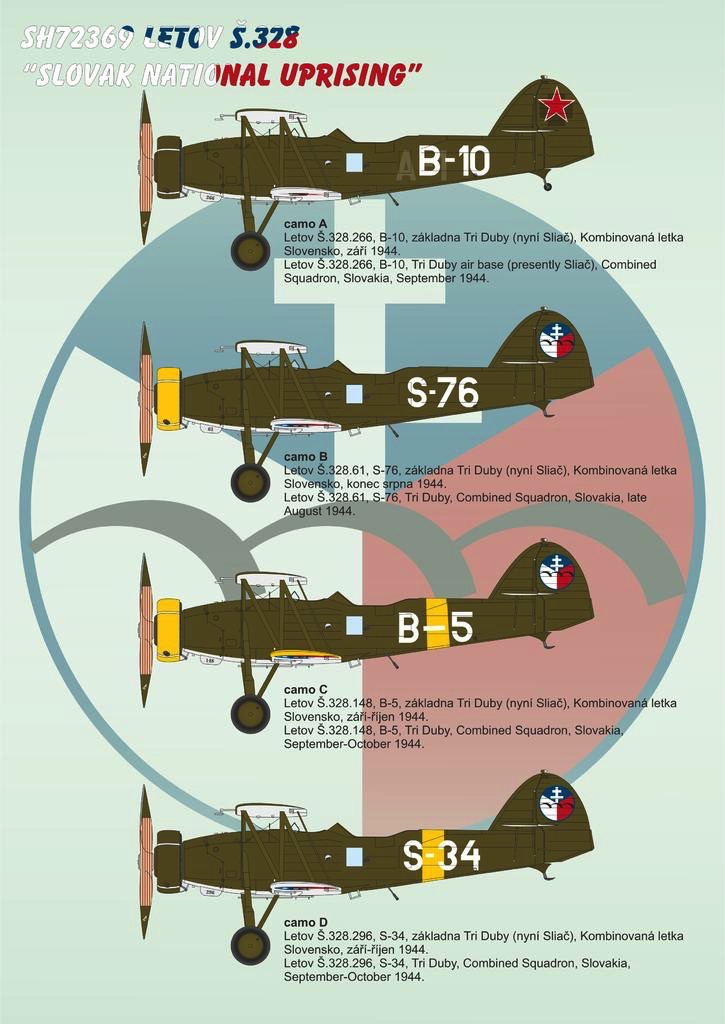 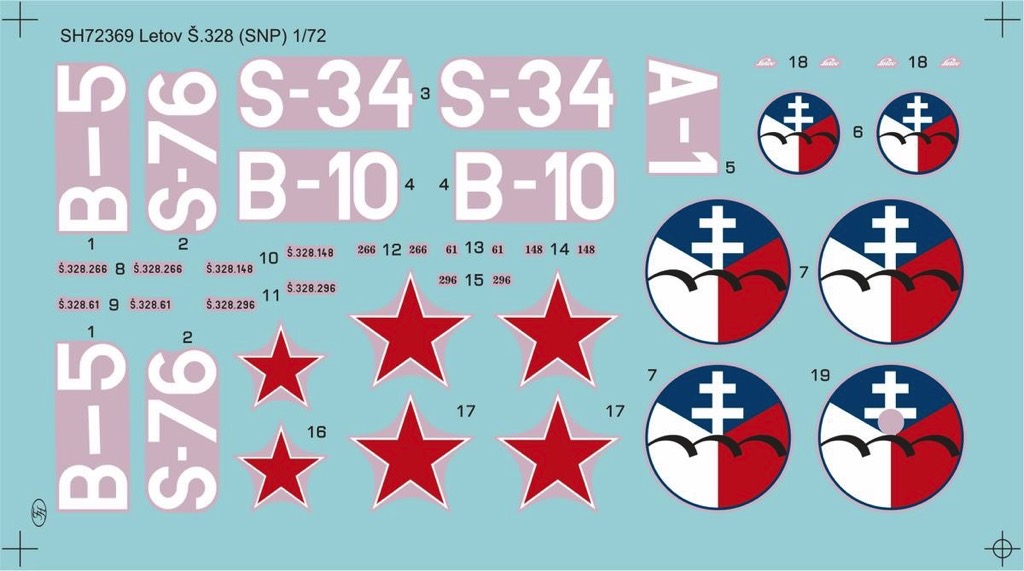 The fuselage and wing parts of the S.328 models differ to portray the production series correctly (I./II.serie = first and second series, III.serie = third series and later). Small parts are common for all boxings and have been designed using CAD and injected within metal moulds. Clear parts are also injection moulded. As the Slovak insurgent forces used Letovs of various production series, we simply had to offer the modeller a complete set of all possible wing and fuselage versions in the kit. The decal sheet caters for one first series machine and three of the later series. Three of the options wore insurgent insignia, the fourth one had red stars as it was used in liaision role and was flown across the front.