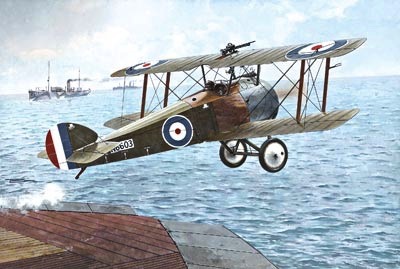 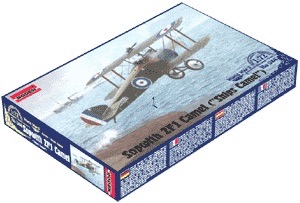 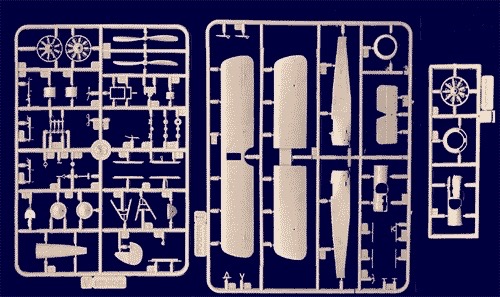 At the end of 1916 the prototype of the Sopwith F1 Camel fighter successfully passed its flight tests and was ordered in quantity for RFC and RNAS requirements. At the same time, separate experiments were being conducted with the famous Sopwith Pup, flying off and landing on the deck of a destroyer (the 'Ship's Pup').

Seeing that the Camel improved on the Pup in every respect, it was decided to develop a version which could be operated at sea. In the spring and summer of 1917 the fifth prototype, adapted from the normal F1, underwent tests on the Isle of Grain.

There were some essential differences from the standard Camel: first of all, the rear fuselage was detachable, at a point behind the pilot's position, in order to facilitate the stowage of planes on the hangar decks of ships.

Another difference was in armament - there was a single Vickers gun ahead of the pilot, and in the center section cut out a Lewis gun was fitted, which could be lowered for reloading (the so-called Admiralty Top Plane Mounting). Inflatable air bags were mounted in the rear of the fuselage to serve as flotation gear. A further change involved the control column, which now had external control levers for the elevator cables.

The plane had narrower wings in comparison with the standard F1 Camel, by some 13 inches (0.33m). 2F1 Camel was official name of the plane, but quite often it was simply called the 'Ship's Camel'. Orders from Sopwith were followed by orders from a variety of other manufacturers: - Beardmore, Johnston, Hooper, and Clayton & Shuttleworth.

In October 1917 the production 2F1 started to appear in the fleet. Planes were transferred to the decks of cruisers such as HMS Manxman, and also the specially designed aircraft carrier HMS Furious, formerly a light battlecruiser; and some were based in coastal air stations around Britain. Overall, up to the end of the war 275 2F1 Camels were built-a small number in comparison with F1 Camel production. Nevertheless, they featured in many notable scenes in the history of air combat in the First World War. On July 19th, 1918 seven 2F1 carried out the first successful carrier based air strike: having taken off from the deck of aircraft carrier HMS Furious they destroyed German Zeppelins L54 and L60 in their sheds at Tondern. Three weeks later on August 11th, Flight Sub-Lieutenant Stuart Culley shot down Zeppelin L53. After the end of the war the 2F1 very quickly disappeared from the decks of ships at sea. Some were presented to Canada, three more went to Latvia and one to Estonia where they were used until early 1920.