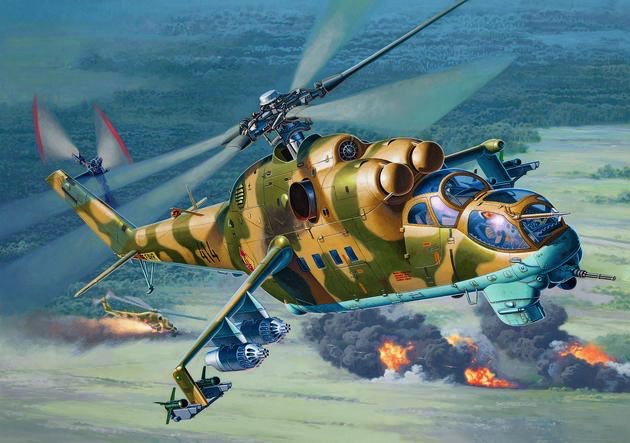 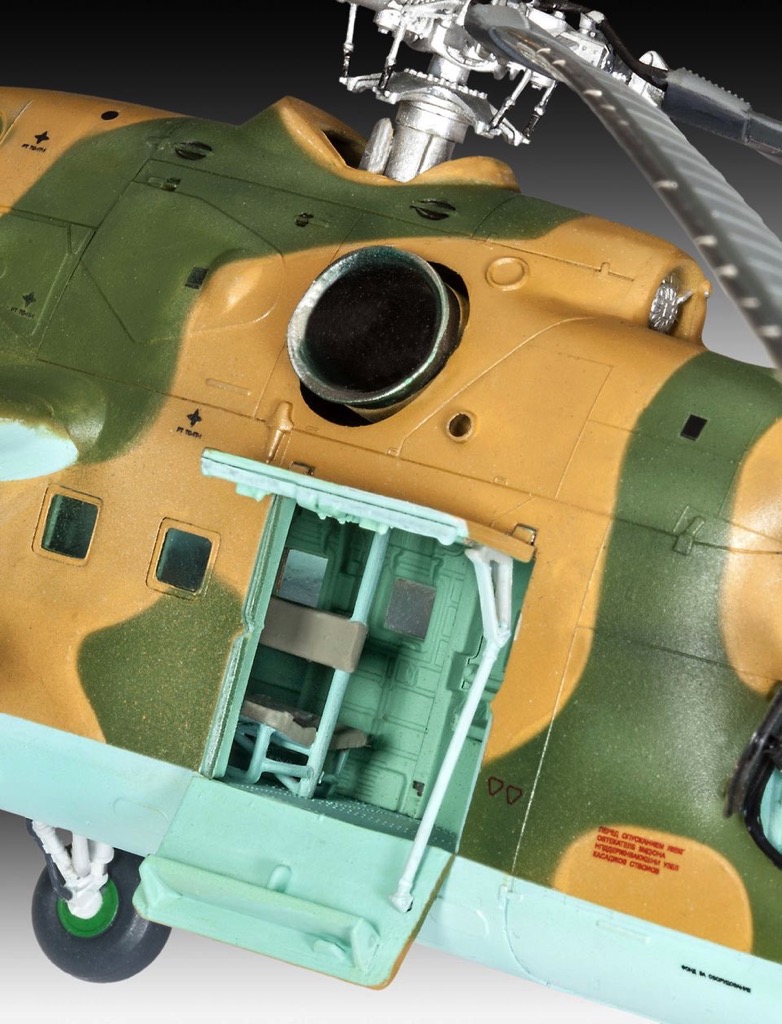 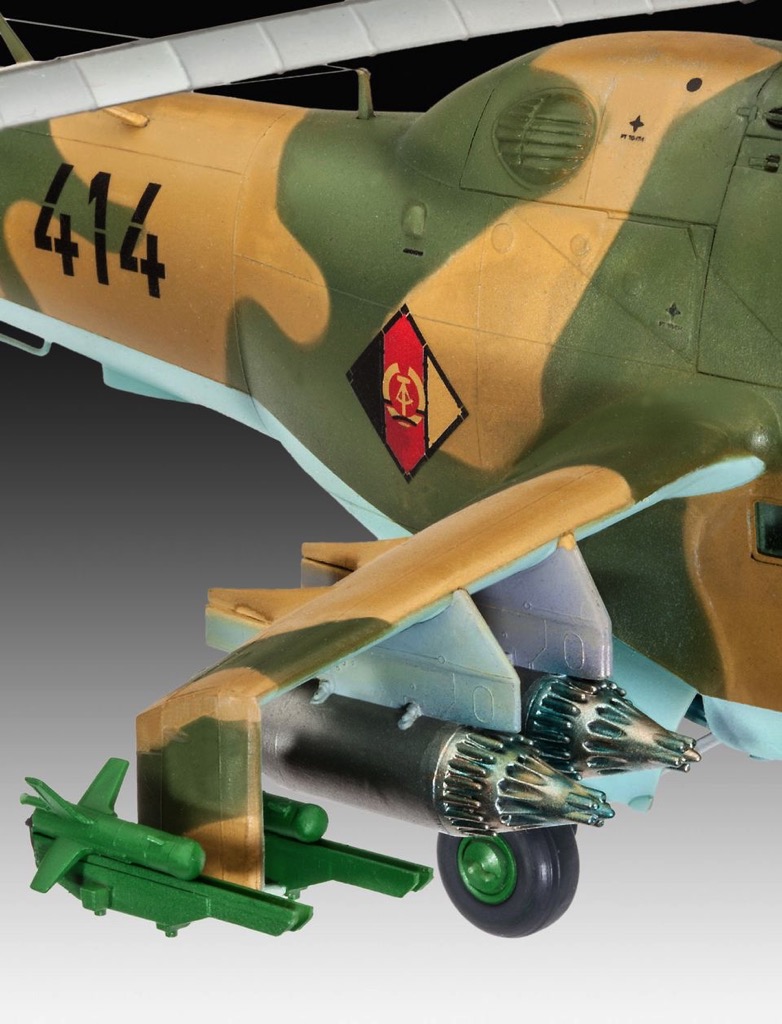 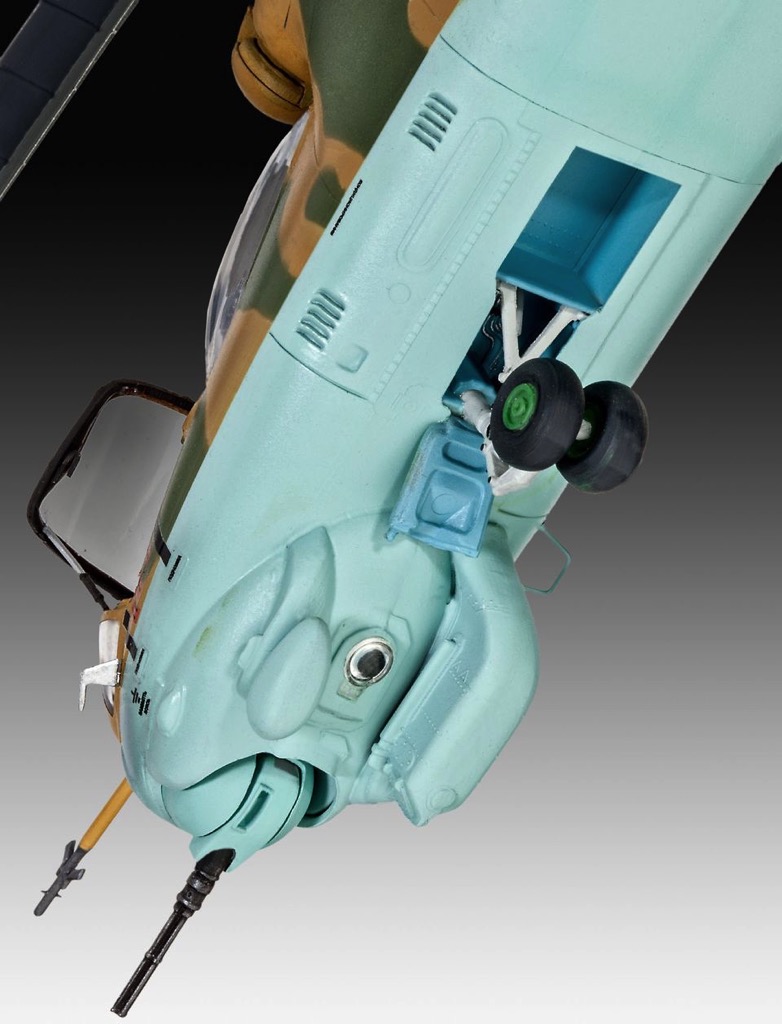 Designed in the 1960s the Mil Mi-24 holds a special place within the gunship fraternity. Bristling with weapons the robust D version is one of the most powerful attack helicopters in the world. Thanks to two powerful engines and a slender fuselage this Flying Fortress is very manoeuvrable and can achieve a top speed of over 330 km/h (205 mph) even with a full weapon load. This Soviet designed and heavily armoured attack helicopter became well known during the wars in Afghanistan and Chechnya and was widely used by the forces of the Warsaw Pact . The Hind D is equipped with a 12.7 mm heavy MG in a chin turret - Swatter guided missiles and rocket pods can be carried on outer stations of the stub wings. The 24 D - NATO codename Hind - has been in military front-line service since the mid-70s.