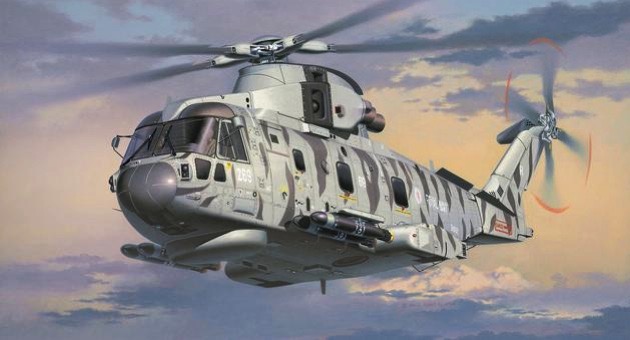 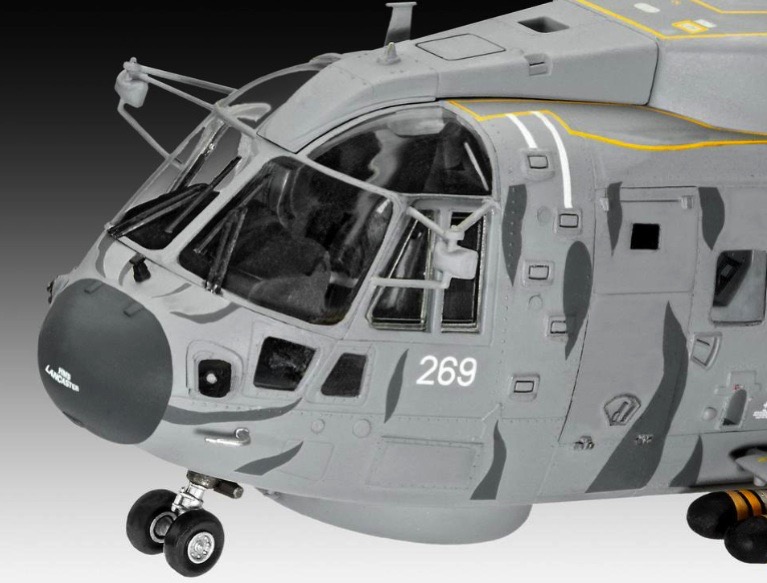 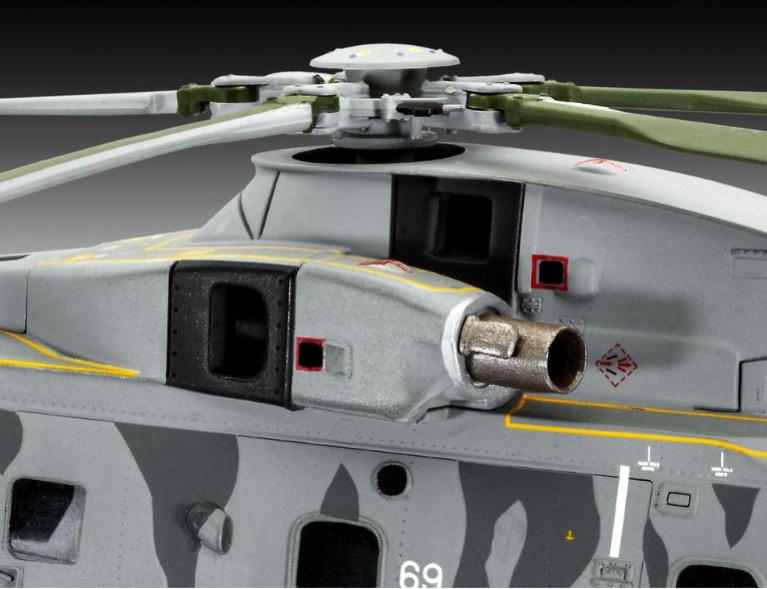 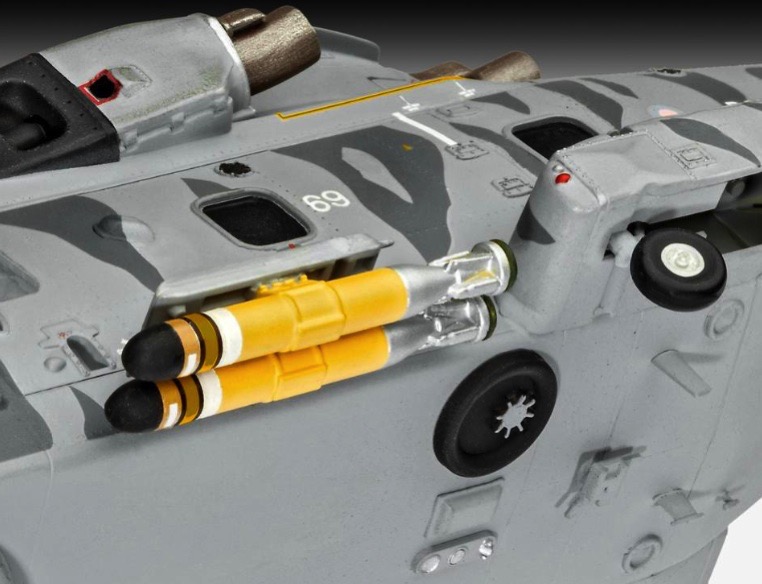 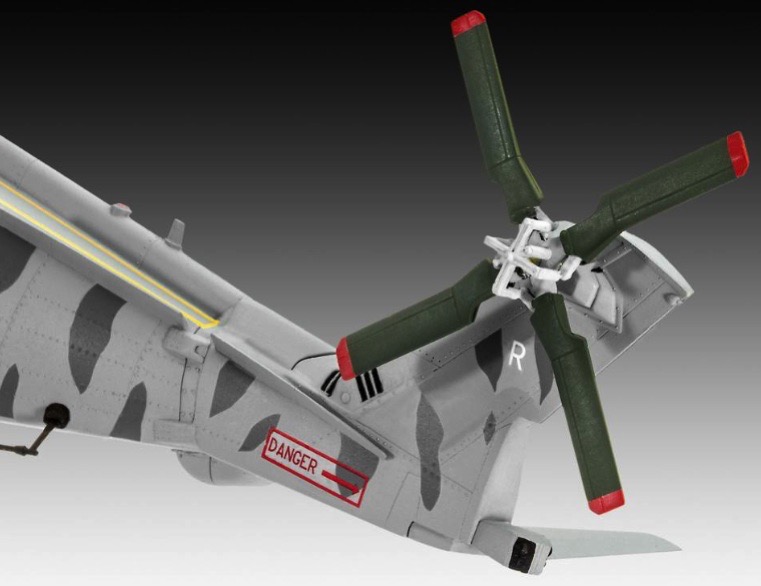 The EH-101 Merlin HMA.1 is the most advanced helicopter used by the Royal Navy. The EH-101 was developed by Agusta and GKN Westland and first flew in 1987. The primary role of the Merlin is anti-submarine warfare, using a powerful search radar, sonar detection and other advanced avionics. Its main armament consists of Sting Ray torpedos or depth charges. Powered by three Rolls Royce Turbomeca turboshaft engines, the Merlin has an excellent performance. In service at RNAS Culdrose from September 2000, the first operational unit to form was No.814 (Tiger) Squadron, based aboard HMS Ark Royal.