The US Navy in World War II
64 page book. 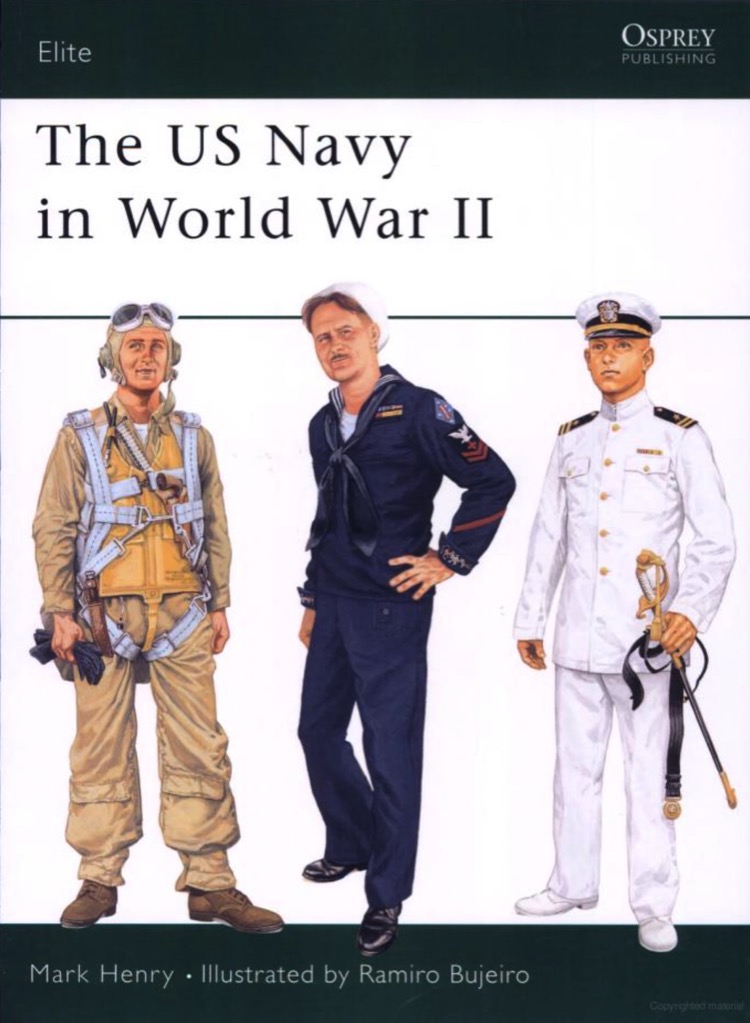 Manufacturer: Osprey Books
Stock Number: OSP ELI80
View all products of type "Arms and Equipment"
View all products of type "Naval Forces"
ABOUT THIS PRODUCT
In 1941 the US Navy had 17 battleships - of which eight would be knocked out on the first day of the war - four aircraft carriers, and about 340,000 men including reservists. Pearl Harbor so weakened it that it was unable to prevent the Japanese capture of the Philippines and a vast sweep of Pacific islands. By 1945 it was the strongest navy the world had ever seen, with nearly 100 carriers, 41,000 aircraft and 3.3 million men; the unrivaled master of air-sea and amphibious operations, it was poised to invade Japan's home islands after reducing her fleet to scrap and her Pacific empire to impotence and starvation. This extraordinary story is illustrated here with dramatic photos, and nine meticulous colour plates showing a wide range of USN uniforms.