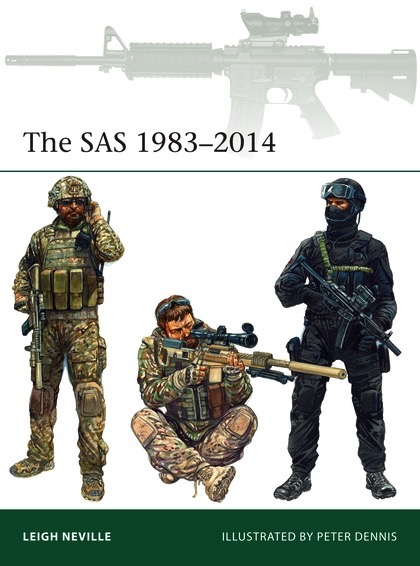 Manufacturer: Osprey Books
Stock Number: OSP ELI211
View all products of type "Special Units"
View all products of type "Special Operations"
Highly-trained and immensely skilled, the SAS are widely regarded as one of the best Special Forces units in the world. Their missions are uniquely diverse, ranging from counter-terrorist responses at home and abroad; counter-insurgency in collaboration with US Delta Force and other foreign Special Forces; mobile operations in support of conventional forces; targeting terrorist leaders and man-hunting war criminals, to 'direct action' raids.

This book charts the changing organization and operational emphases of the Regiment over the past 25 years; its individual deployments and operations, including those planned but aborted, joint missions with other British and foreign units. It sheds light on the SAS's involvement in the Troubles of Northern Ireland, their operations in Iraq, Afghanistan and the widespread use of the SAS in counter terrorism and counterinsurgency operations since 9/11.