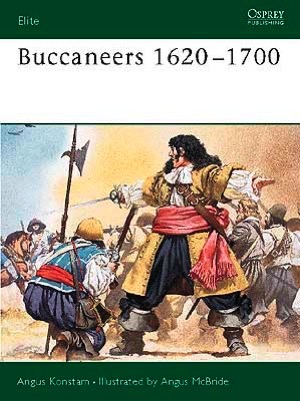 About this book
Before the era of great pirates in the early 18th century, there was an even more bloodthirsty phase of attacks in the Caribbean known as the 'Buccaneering Era'. For over 50 years, English, French and Dutch buccaneers launched a series of devastating attacks on Spanish towns, ports and shipping. Well-known buccaneers such as Captain Henry Morgan carried out their raids under the protection of the English crown, and in 1692, the French even used buccaneers to help its army capture the great Spanish city of Cartagena! Elite 67, 69 and 74 are also available in a single volume special edition as 'Pirates'.