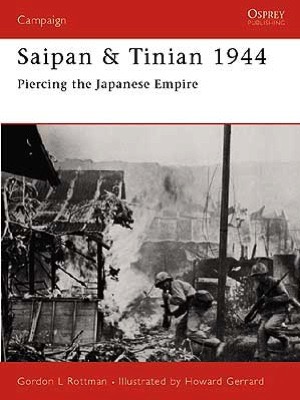 About this book
The 1944 invasion of Saipan was the first two-division amphibious assault conducted by US forces in World War II. Saipan and Tinian had been under Japanese control since 1914 and, heavily colonized, they were considered virtually part of the Empire. The struggle for Saipan and Tinian was characterized by the same bitter fighting that typified the entire Central Pacific campaign. Fighting side-by-side, Army and Marine units witnessed the largest tank battle of the Pacific War, massed Japanese banzai charges, and the horror of hundreds of Japanese civilians committing suicide to avoid capture. In this book Gordon Rottman details the capture of these vital islands that led to the collapse of Prime Minister Tojo's government.