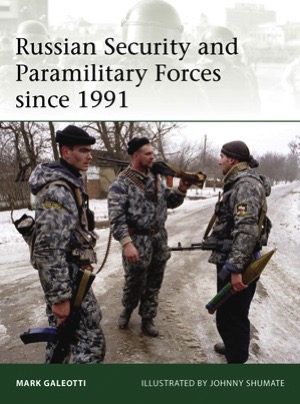 About this book
While the size of Russia's regular forces has shrunk recently, its security and paramilitary elements have become increasingly powerful. Under the Putin regime they have proliferated and importantly seem set to remain Russia's most active armed agencies for the immediate future. In parallel, within the murky world where government and private interests intersect, a number of paramilitary 'private armies' operate almost as vigilantes, with government toleration or approval.This book offers a succinct overview of the official, semi-official and unofficial agencies that pursue Russian government and quasi-government objectives by armed means, from the 200,000-strong Interior Troops, through Police and other independent departmental forces, down to private security firms. Featuring rare photographs, and detailed colour plates of uniforms, insignia and equipment, this study by a renowned authority explores the Putin regime's shadowy special-forces apparatus, active in an array of counter-terrorist and counter-mafia wars since 1991.