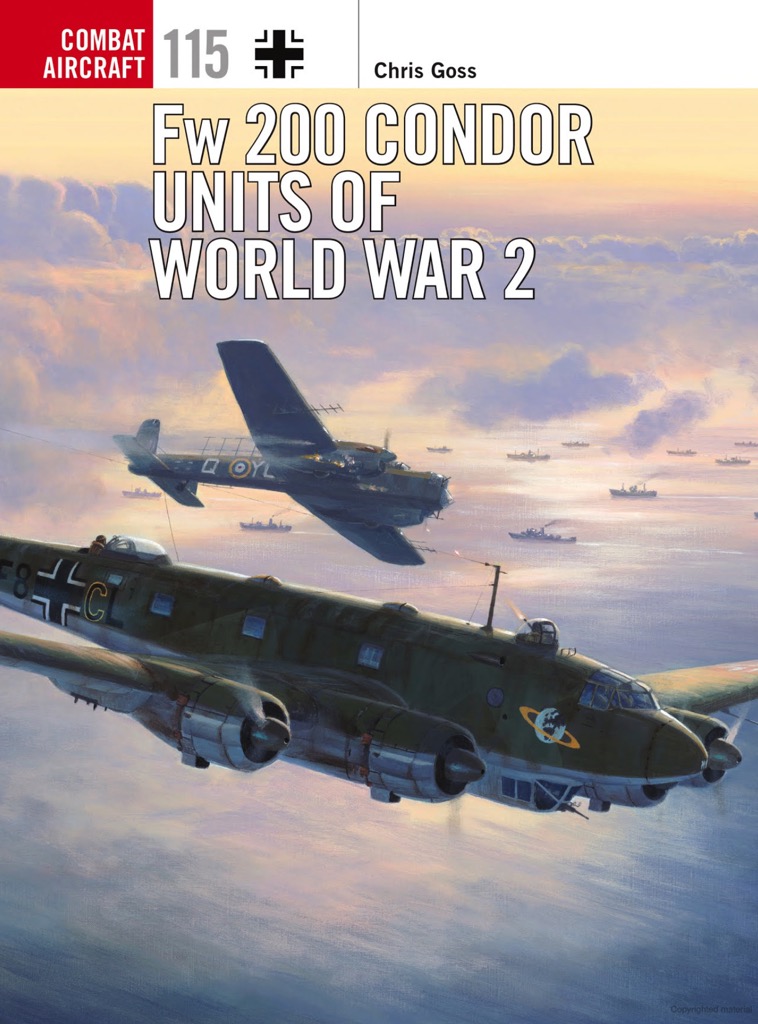 Manufacturer: Osprey Books
Stock Number: OSP COM115
View all products of type "FW-200 Condor"
The Fw 200 Condor first made an appearance over Norway in April 1940, flying with the unit that eventually become synonymous with it - Kampfgeschwader 40. As the war in the west progressed, and German forces advanced, French airfields opened up, allowing the Condor to fly around the UK and out into the Atlantic, where it rapidly established itself as one of the key menaces to Allied shipping. Able to attack shipping directly, or able to guide U-Boats to their prey the Condor scored its first major success when it crippled the liner Empress of Great Britain.

But the tables were to turn on the 'Scourge of the Atlantic' as mechanical failures induced by their harsh operating environment and changes in Allied tactics began to take a toll. Vulnerable to aerial attack, the deployment of Allied carriers and their associated fighters combined with the introduction of more loing range maritime patrol aircraft exposed the Condor's deficiencies. Packed with rare first-hand accounts, profile artwork and photographs, this is the history of one of the unsung types to take to the skies during World War 2.