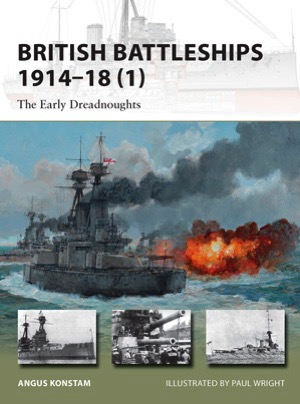 About this book
The launch of HMS Dreadnought in 1906 changed the face of naval warfare. The first half-dozen dreadnoughts were all improvements of the basic Dreadnought design, all carrying ten 12-inch guns. It was only in 1911, with the launch of HMS Neptune that the layout of this powerful armament was altered as a result of practical experience. Two more versions of the Neptune entered service later that same year. These nine improved dreadnoughts formed the core of the British High Seas Fleet. They would soon, however, be outclassed by a new breed of "super dreadnoughts", the subject of the second volume in this two-part story. While these new battleships carried larger 13.5-inch guns, they proved less successful as all-round battleships than their more lightly-armed predecessors. One last 12-inch gun dreadnought entered service in 1914, when a seven turret battleship being built for the Turks was commandeered by the Royal Navy, and re-named HMS Agincourt. This New Vanguard title, the first of two covering these famous warships will uncover the full story of the British battleships of World War I. The book will look at their revolutionary design, the 12-inch guns that provided them with their firepower, and the way these guns were fired in anger.