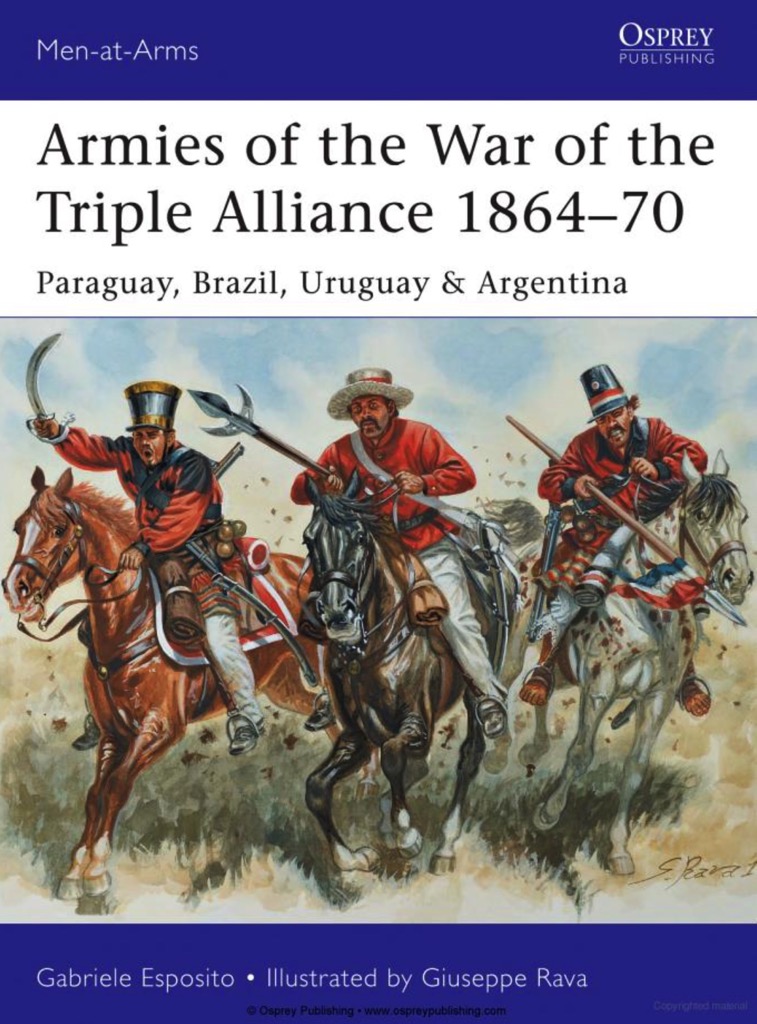 Manufacturer: Osprey Books
Stock Number: OSP MAA499
View all products of type "Armies"
ABOUT THIS PRODUCT
The War of the Triple Alliance is the largest single conflict in the history of South America. Drawing Argentina, Brazil, Uruguay and Paraguay into conflict the war was characterized by extraordinarily high casualty rates, and was to shape the future of an entire continent - depopulating Paraguay and establishing Brazil as the predominant military power. Despite the importance of the war, little information is available in English about the armies that fought it. This book analyzes the combatants of the four nations caught up in the war, telling the story of the men who fought on each side, illustrated with contemporary paintings, prints, and early photographs.