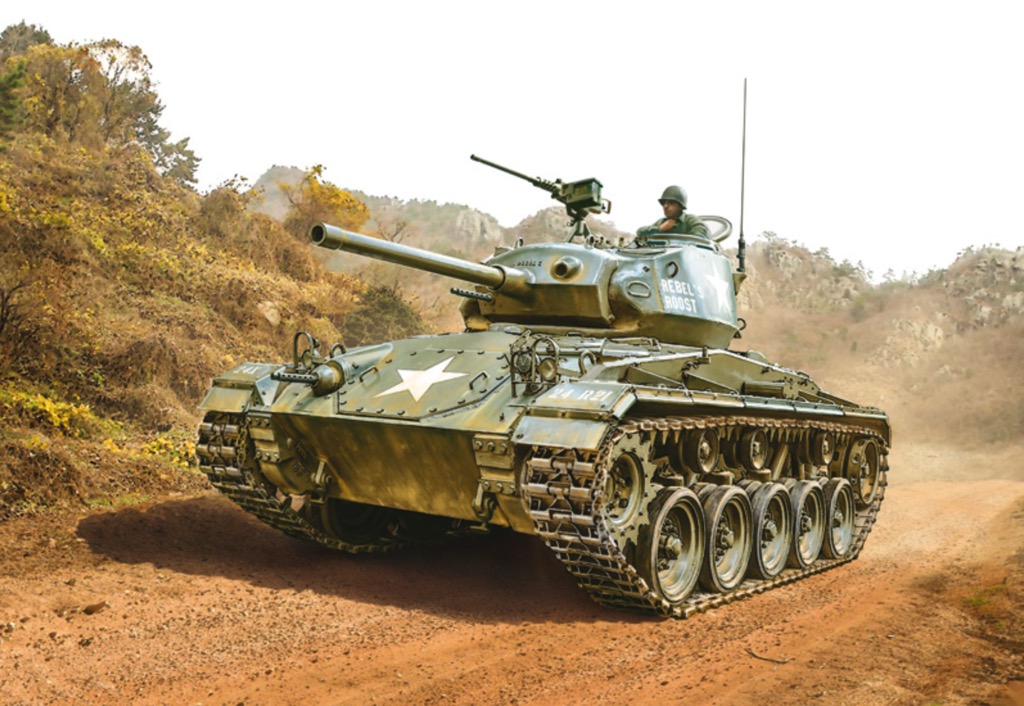 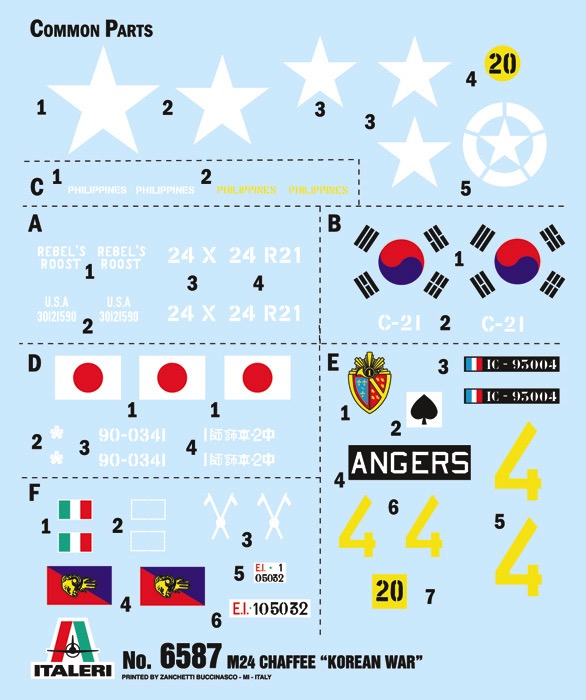 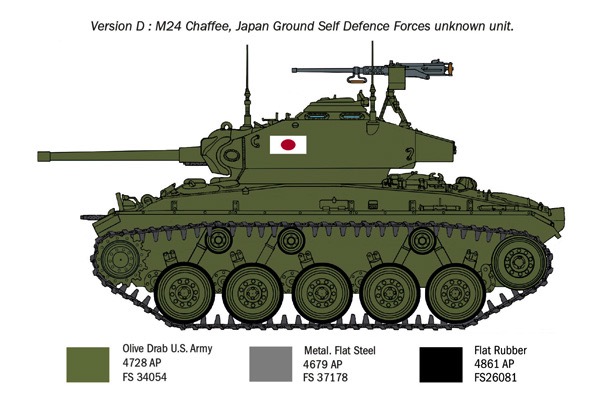 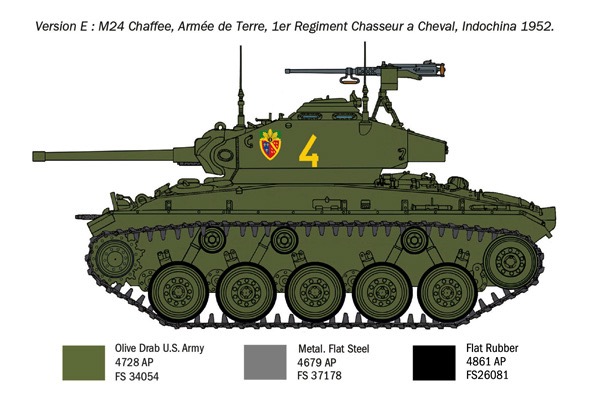 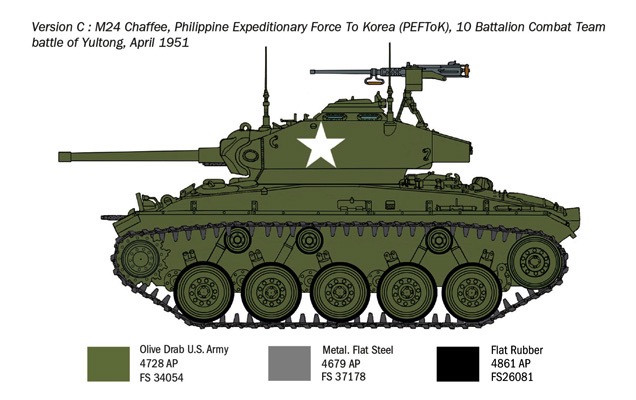 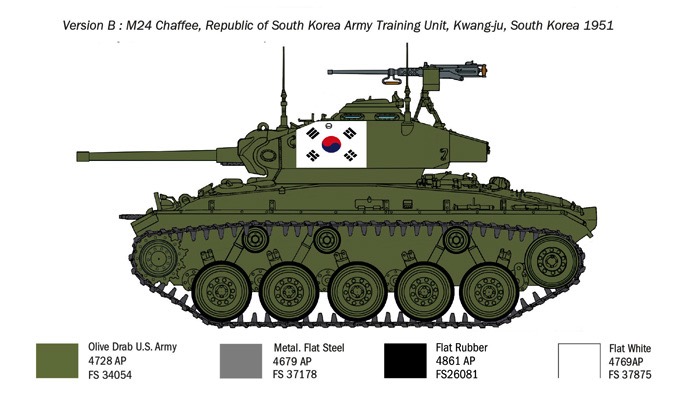 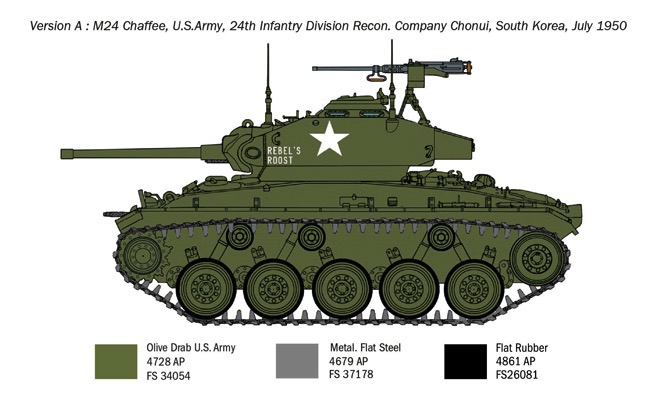 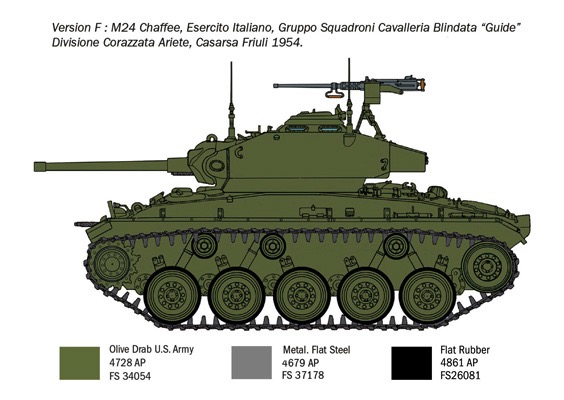 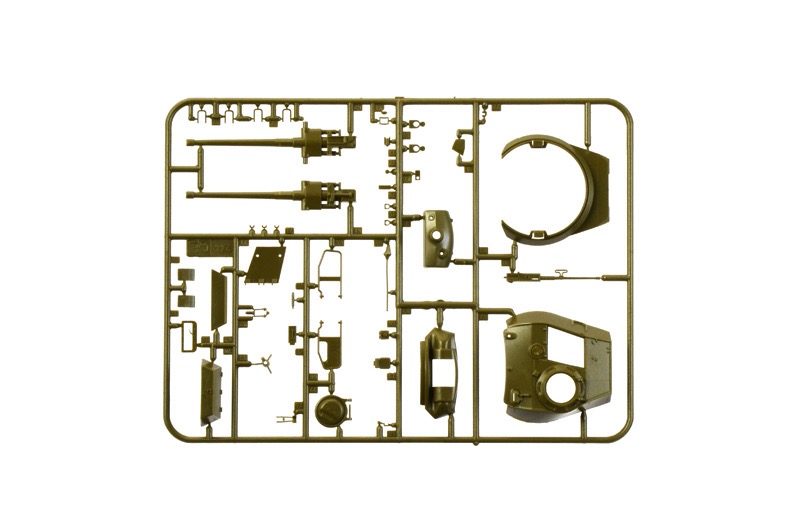 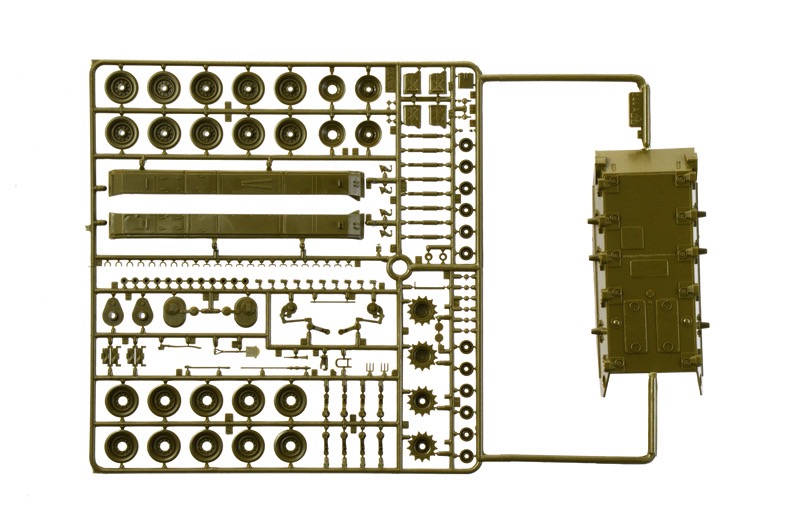 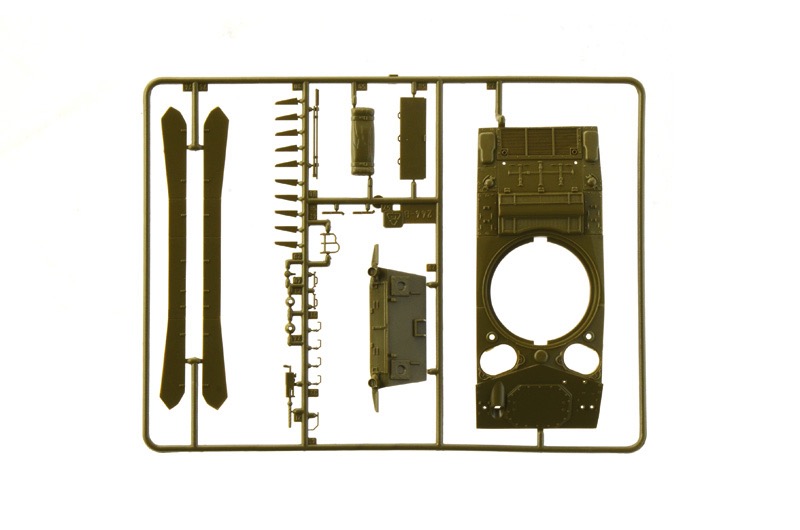 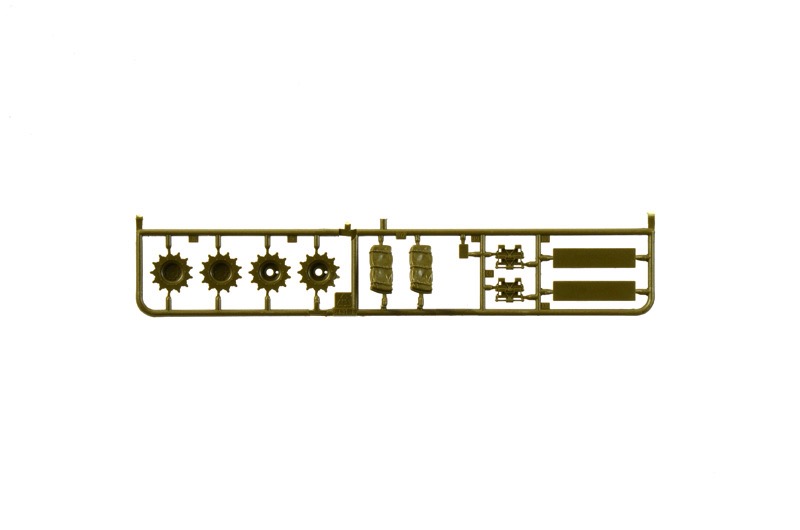 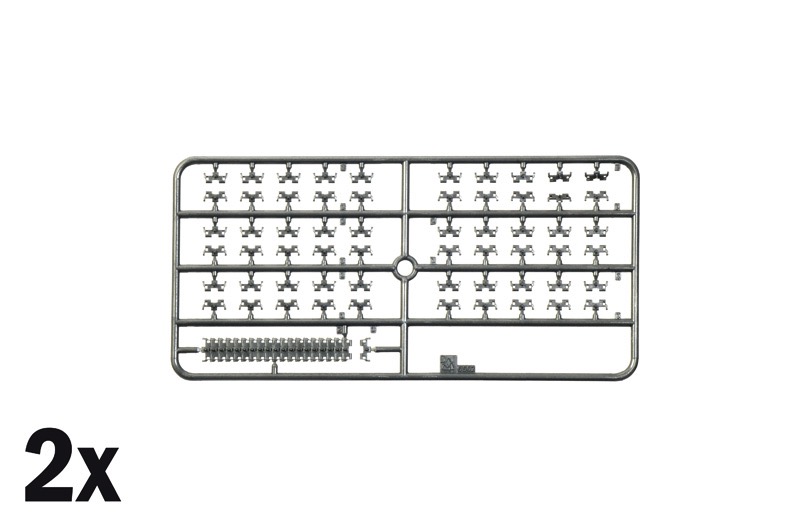 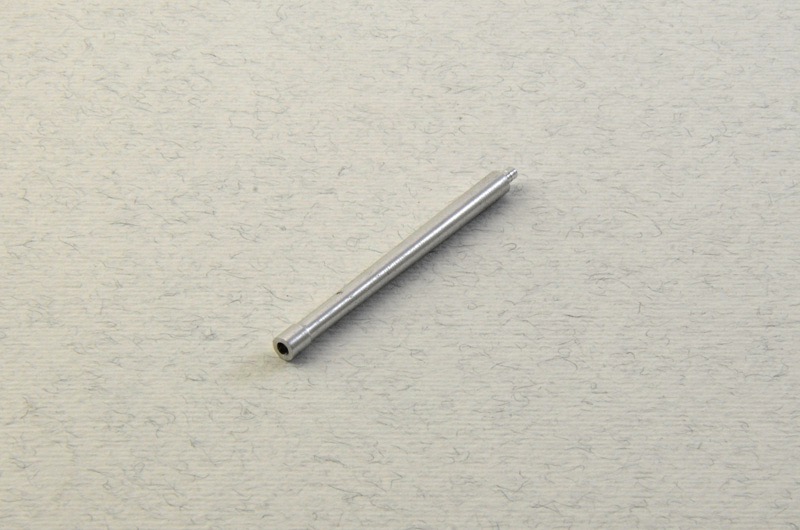 The M24 Chaffee was deployed to US Army armored battalions from 1944 onwards to provide a light battlefield tank that could effectively replace the older M3 / M5 Stuart. The configuration of the M-24 was superior to its predecessor in so many ways that it can be considered one of the foremost light tanks that were ever produced. Agile, robust and reliable, it had as its main armament a 75mm M6 cannon with 48 rounds available, a very powerful version indeed of a "light tank". The tank's armament was complete with its two 12.7 mm Browning machine guns. Following the conclusion of the Second World War, where it's capabilities had been fully demonstrated, it participated in the Korean War providing support to M4 Sherman tanks and the heavier M26 Pershing. It was also effectively utilized in advanced reconnaissance roles or providing close infantry support.