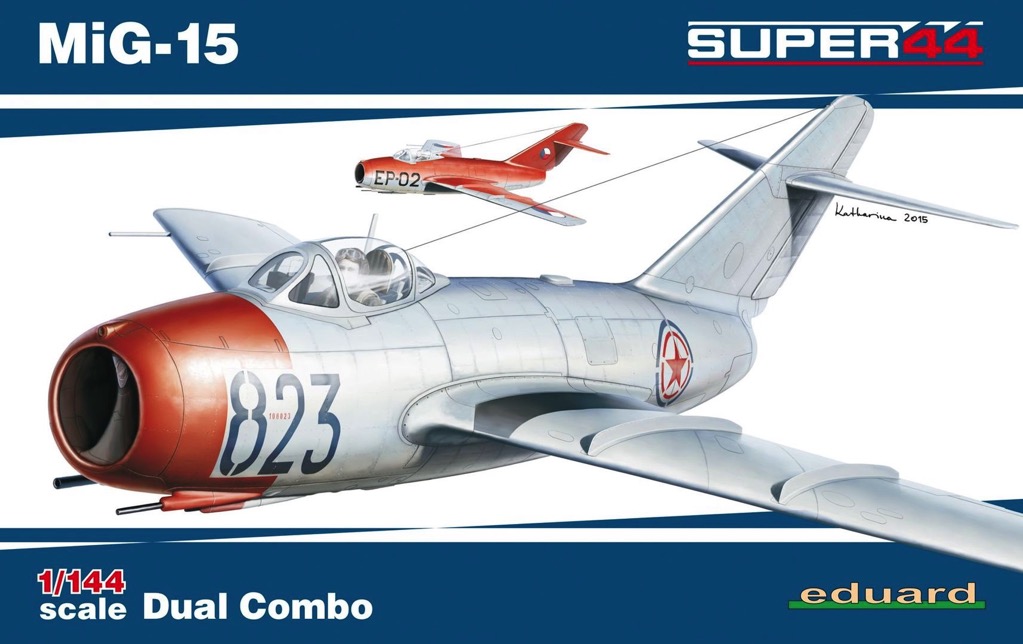 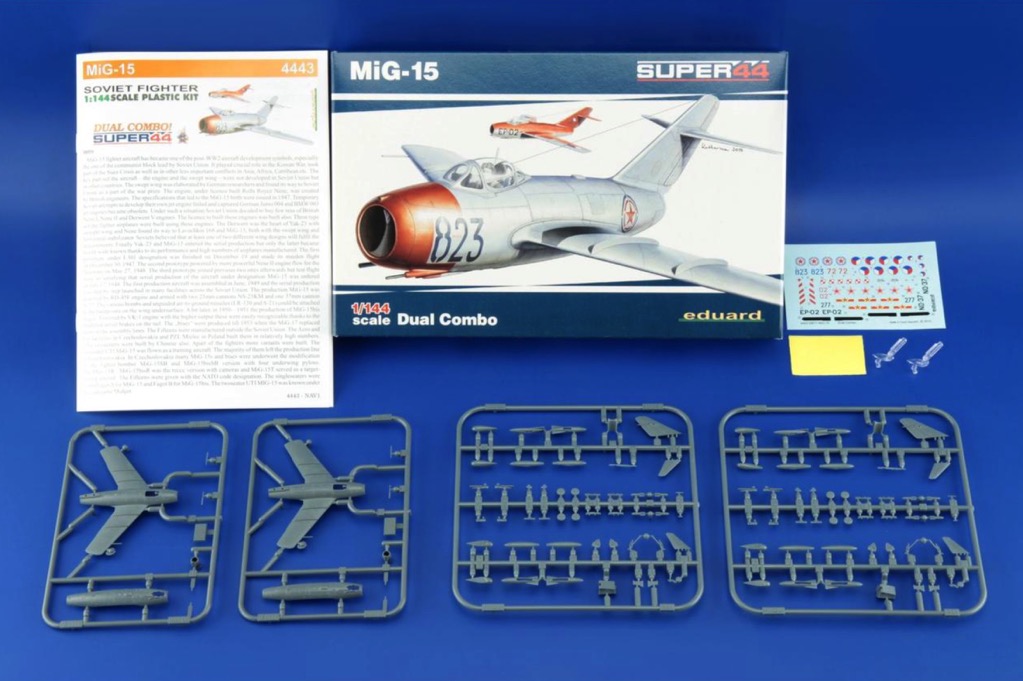 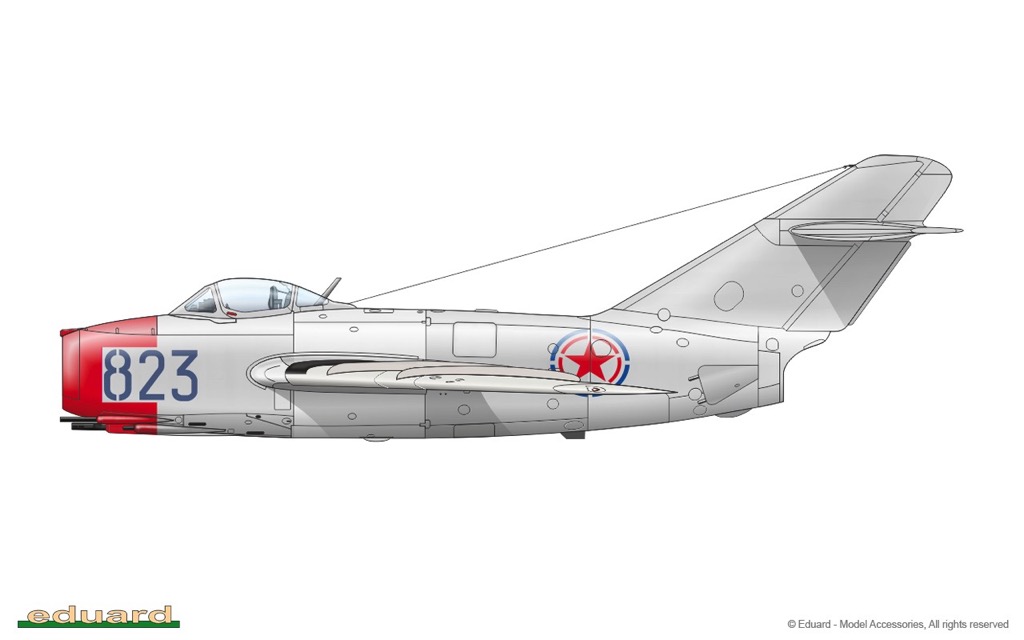 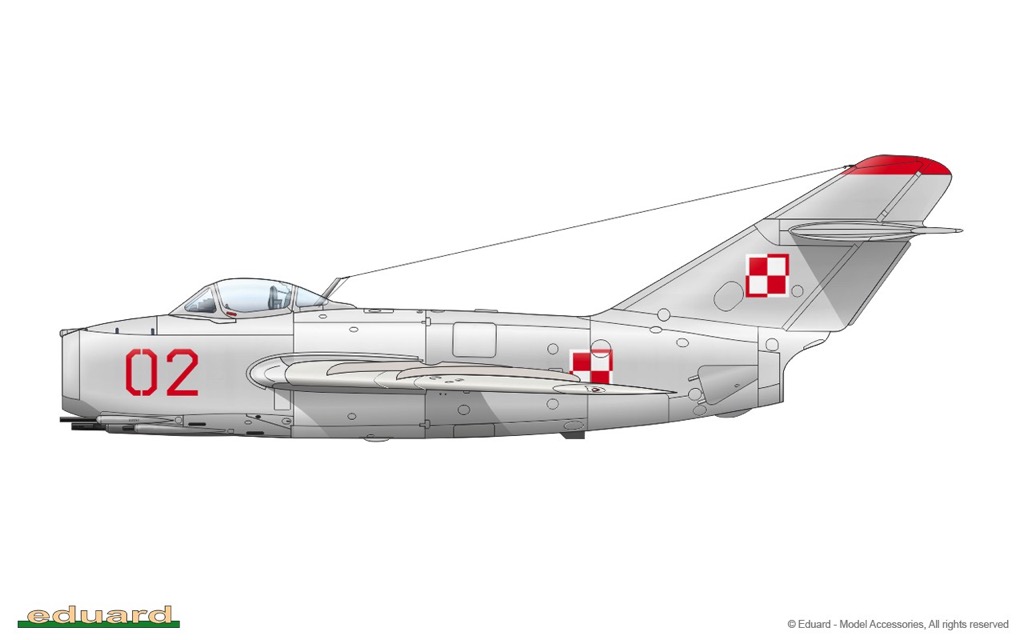 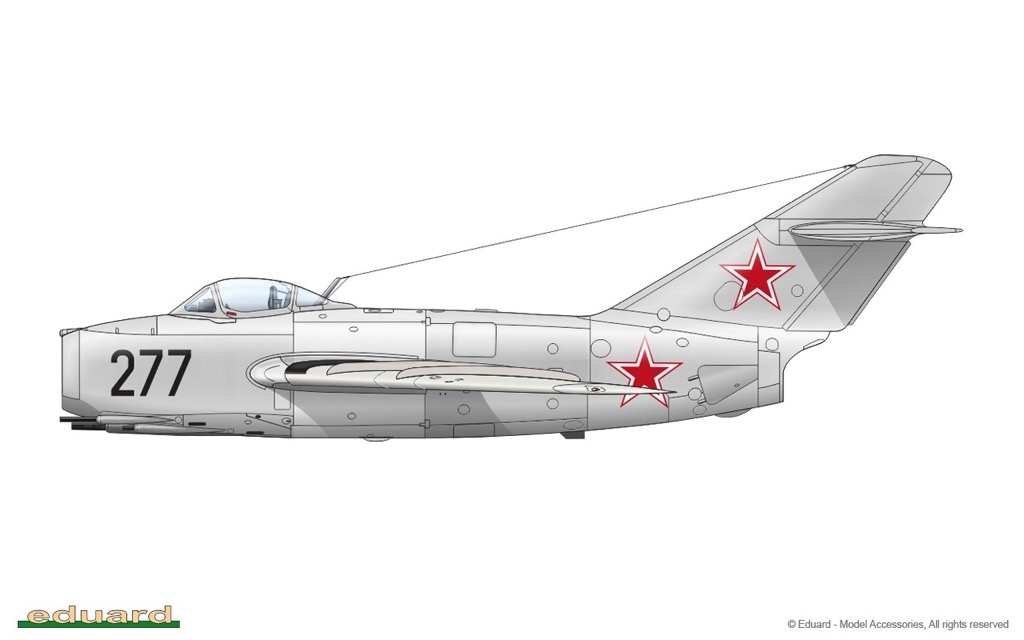 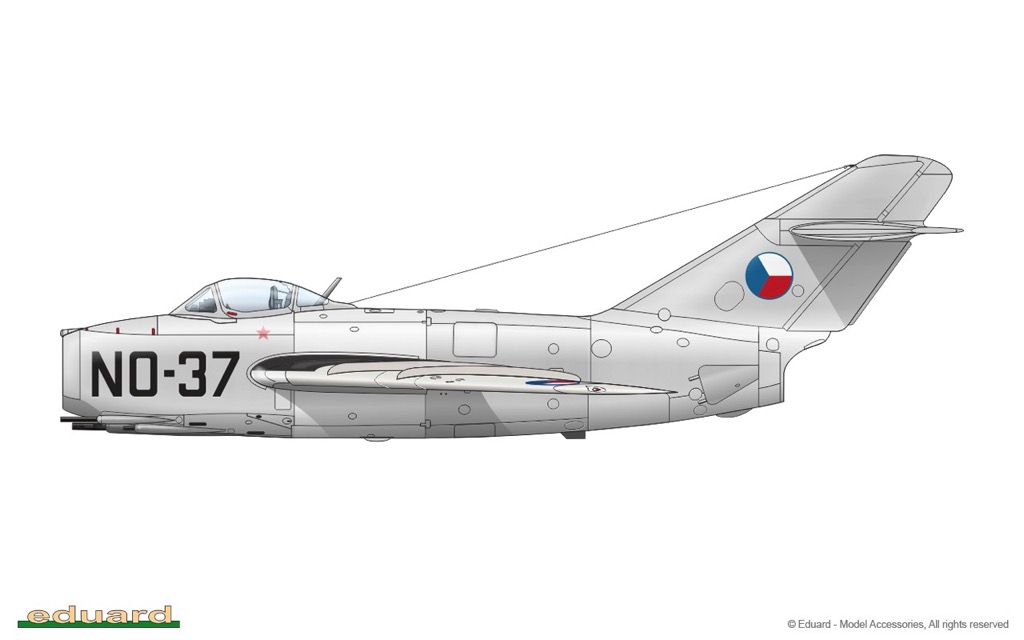 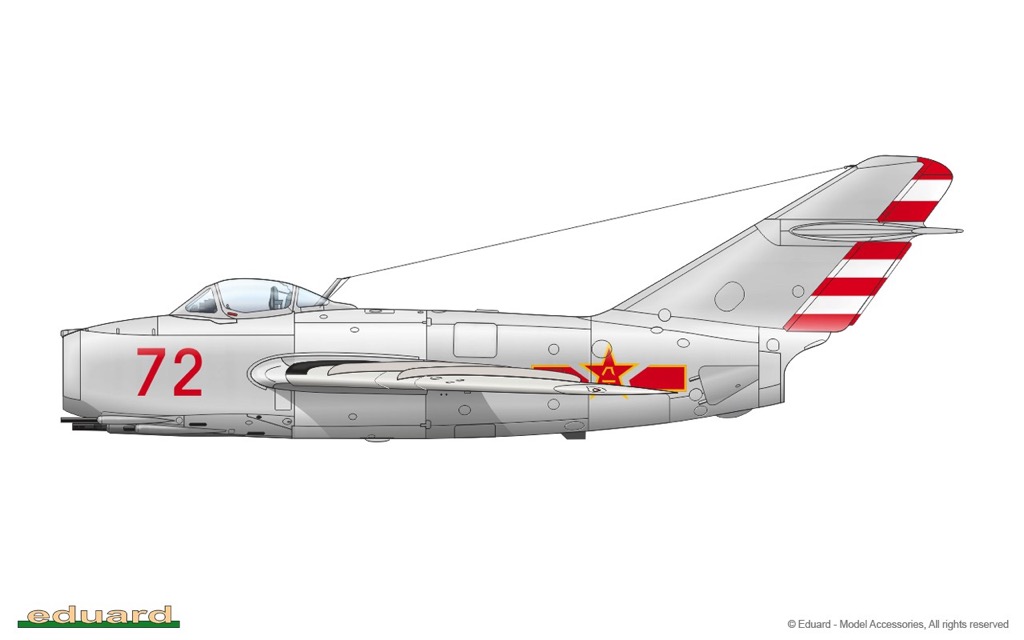 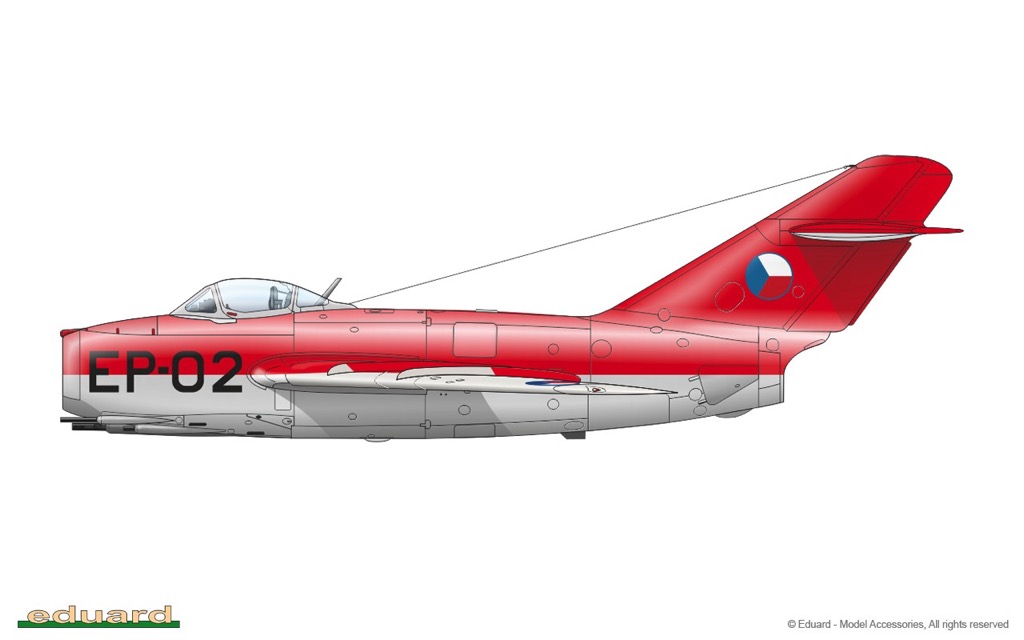 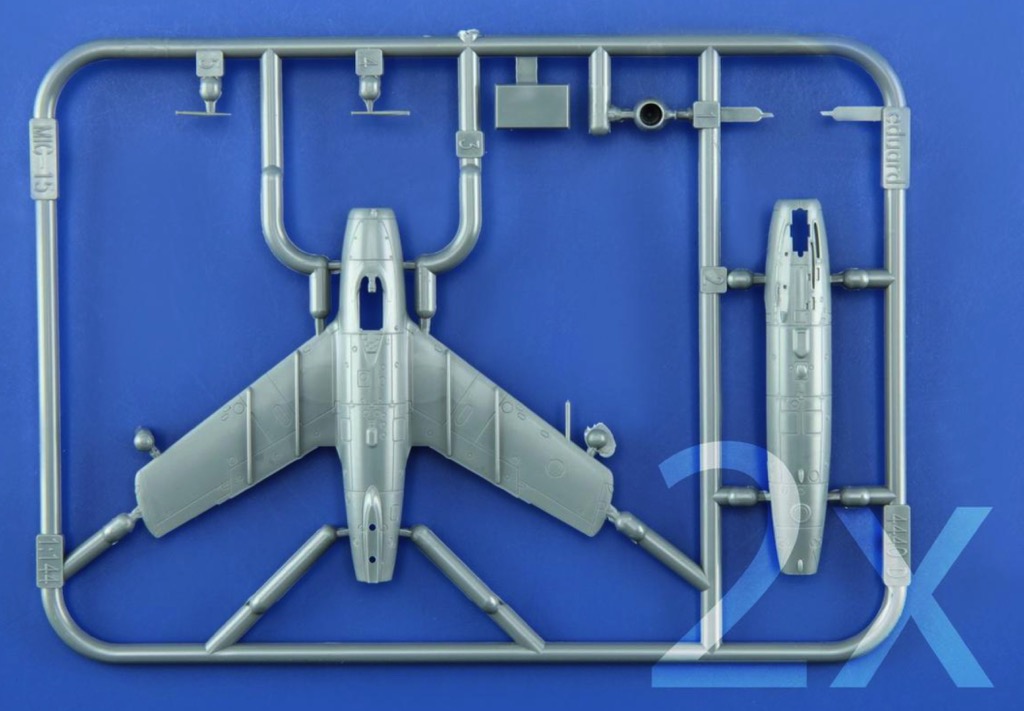 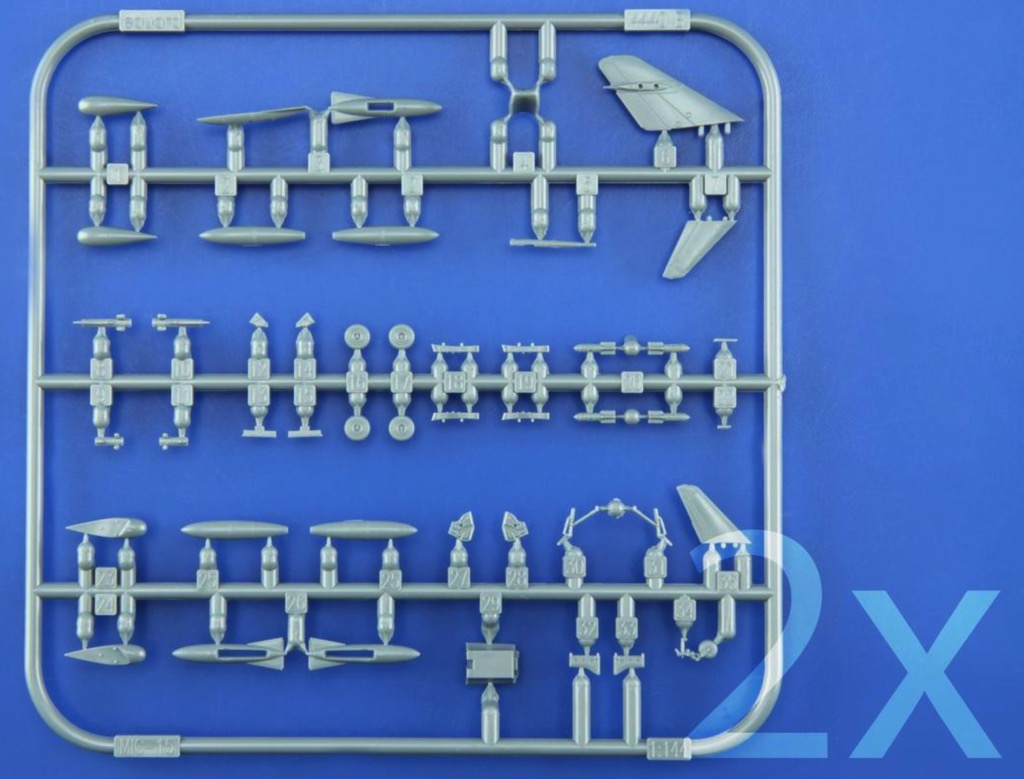 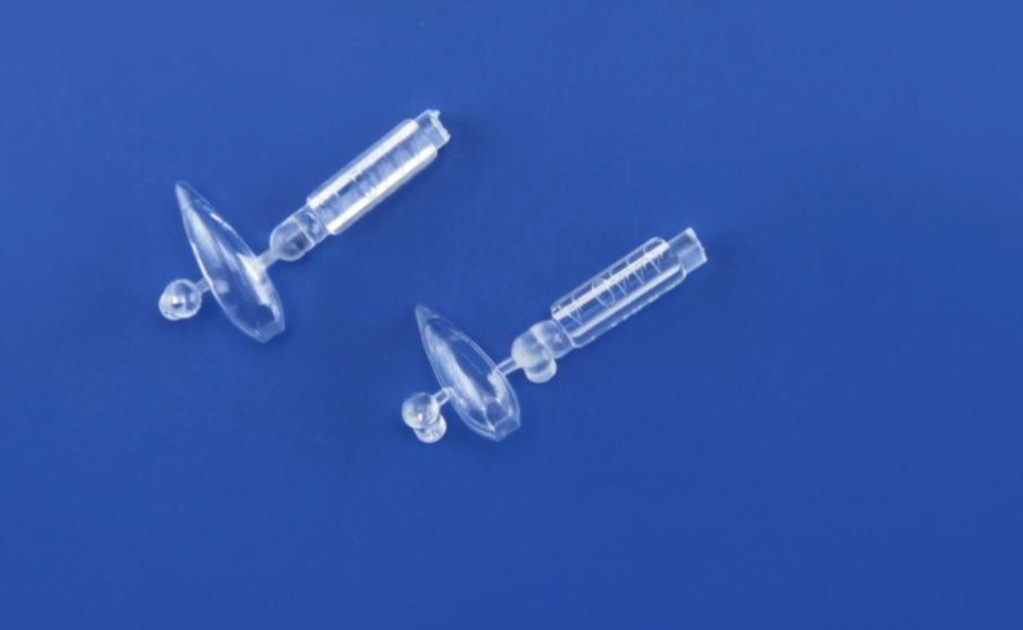 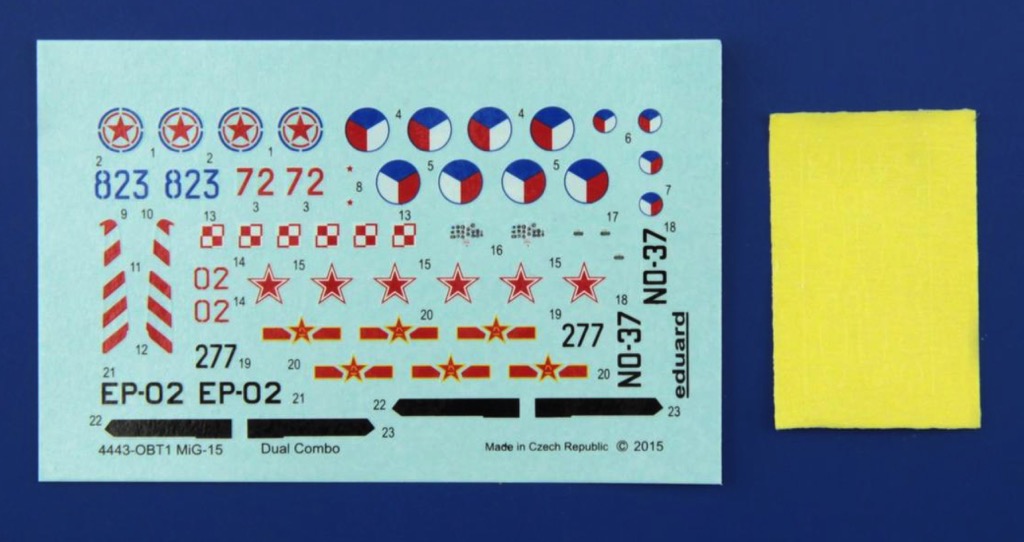 Mikoyan-Gurevich MiG-15 (Fagot) is a jet fighter aircraft developed by Mikoyan-Gurevich OKB for the Soviet Union. One of the first successful swept-wing jet fighters, and achieved fame in the skies over Korea, where, early in the war, it outclassed all straight-winged enemy fighters in most applications. Kit features (2) unassembled kits with raised and engraved panel lines, cockpit with seat, one-piece canopy, boxed-in wheel wells with detail and optional landing gear, underwing drop tanks and machine guns. Decals and color painting reference for: