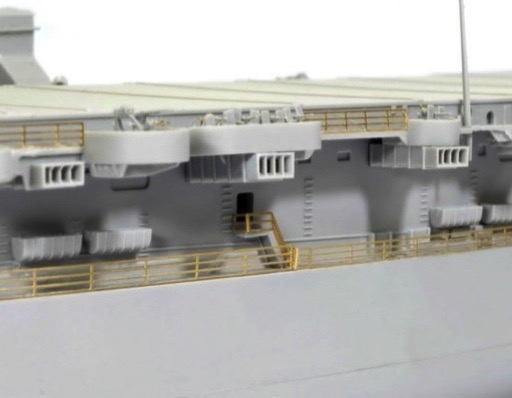 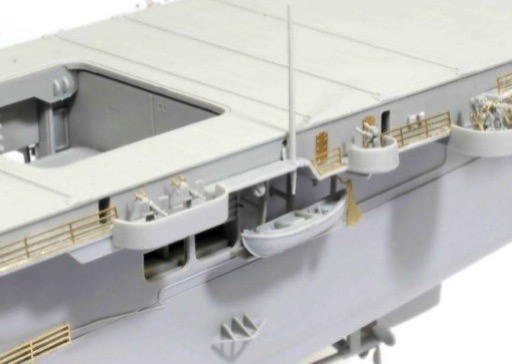 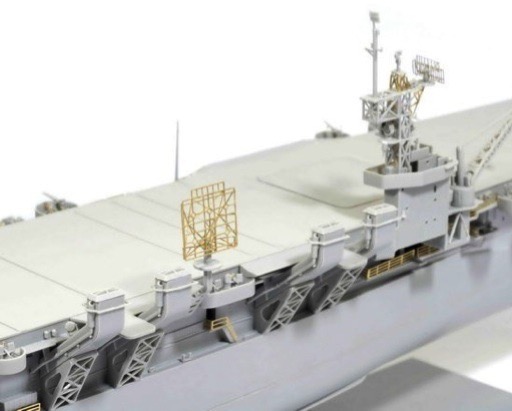 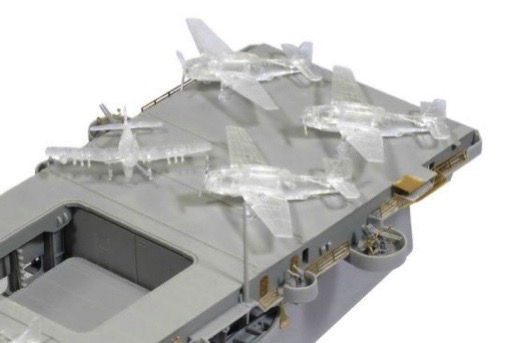 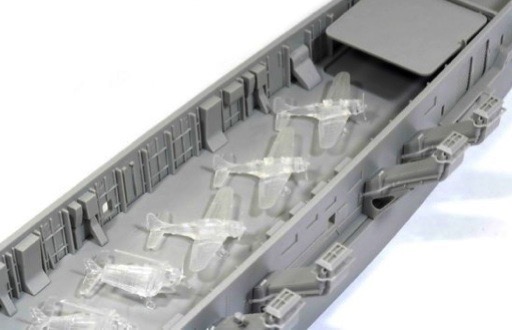 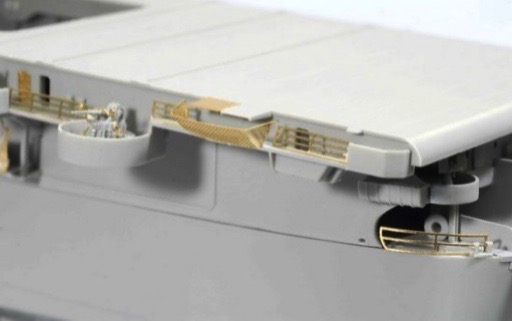 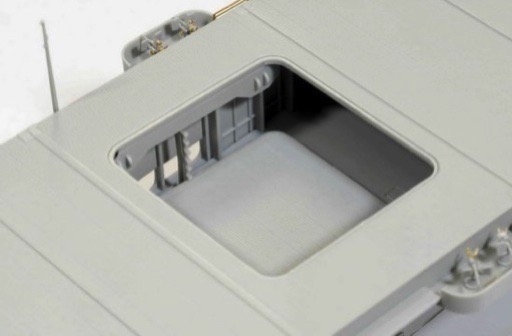 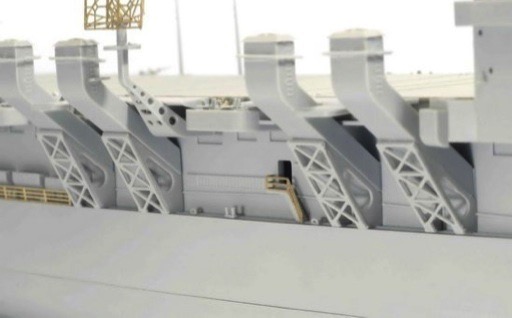 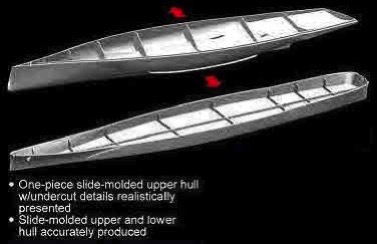 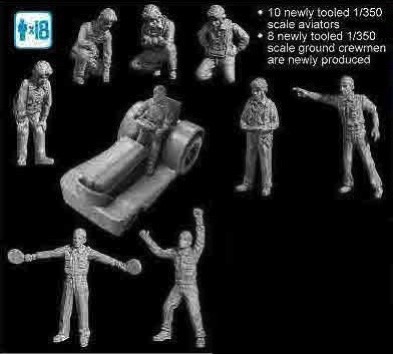 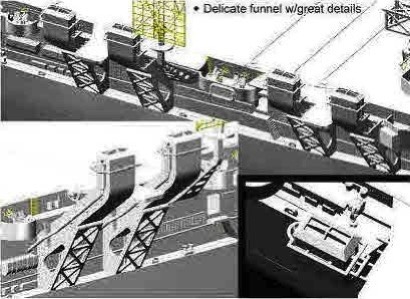 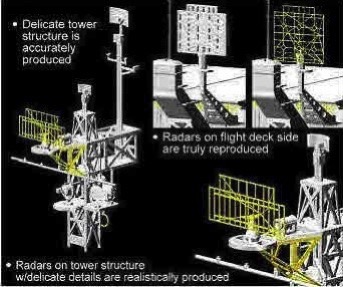 DISCONTINUED This product has been discontinued
and is no longer available.List price: $200.00
You pay: $139.99
(All prices in U.S. Dollars)

Modelers will not need to seek out extra details or replace parts to build an authentic representation. The list of accessories included with the model is extensive: there are six realistic vehicles (two 1/4-ton 4x4 trucks and four tractor tugs), 18 authentically posed figures (eight ground crewmen and ten aviators), a full set of photo-etched metal parts, and 18 aircraft (in three different aircraft types). The slide-mold technology enables a one-piece hull and flight deck with delicate details for such a size of aircraft carrier (model length 542mm) and user-friendly construction through the reduction of large assemblies. The modeler will have a mighty impressive display when Dragon's generous array of accessories is displayed upon it!!

This is a truly one-stop solution for a famous and important aircraft carrier that you won't want to miss!

Features: Commissioned on January 14 1943, the USS Independence (CVL-22) actually began life as a light cruiser before being converted into a light aircraft carrier during its construction. USS Independence was the first of a new class of such converted carriers, and its first combat operations in WWII took place in a raid against Marcus and Wake Islands in the Pacific. Later in 1943, the carrier took part in campaigns against the Gilbert Islands and Tarawa, during which it was hit by a Japanese air-launched torpedo. The 14,751-ton combat-loaded carrier was a pioneer in night operations, and it proceeded to fight in the Philippines, the Battle of Leyte Gulf and Okinawa. After the war, USS Independence was used as a target for Bikini Atoll atomic bomb tests in 1946, before the radioactive hull was eventually sunk near the San Francisco coast. This important carrier is the latest 1/350 ship kit from Dragon.

Following in the wake of the groundbreaking 1/350 scale Scharnhorst kit from Dragon, this latest ship model maintains the highest standards. What the Scharnhorst did for the level of German ship models, the Independence has done for American models! The impressively large kit makes widespread use of slide-mold technology, including a large one-piece hull. Instead of using old methods of separate parts, the Independence boasts a one-piece hull with undercuts and no gaps to fill. Modelers also have the choice of building their carrier with a full hull or with a waterline version. The focus of a carrier is its busy flight deck, and Dragon's flight deck is indeed busy. The box contains no less than 18 true-to-scale fighters to line up, as well as eight auxiliary vehicles and 18 realistic-looking figures. The flight deck itself is one piece, allowing suitable texture to be rendered and full inclusion of deck-edge detail. For all those finer details, several photo-etched metal frets are included!