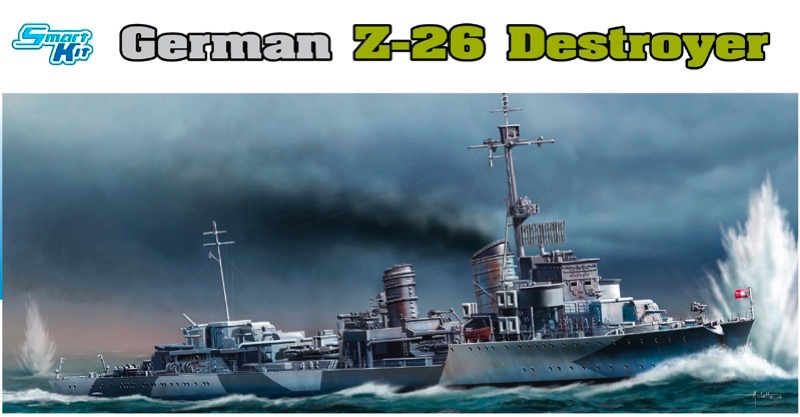 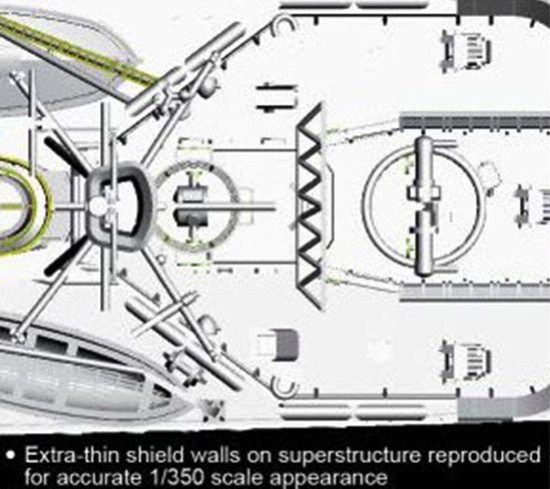 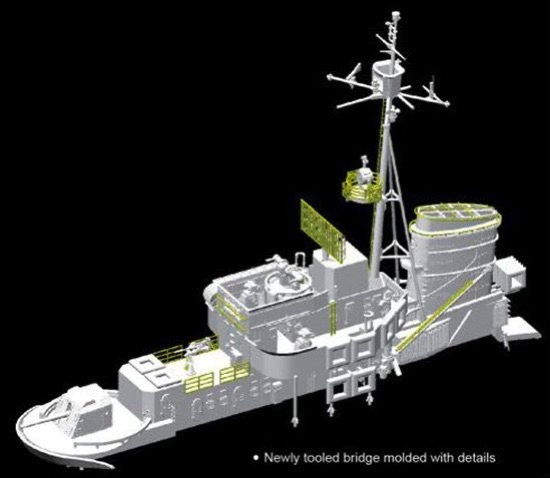 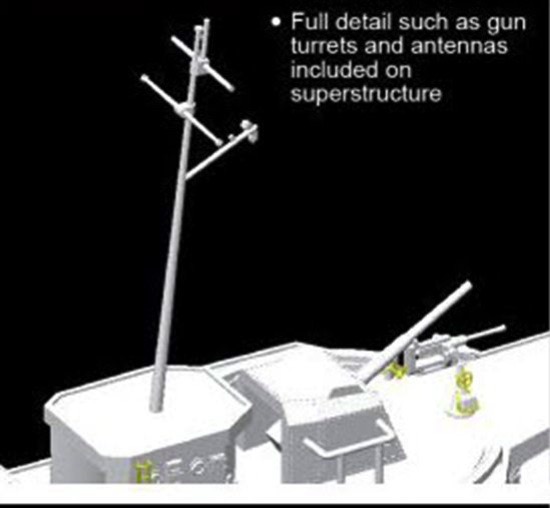 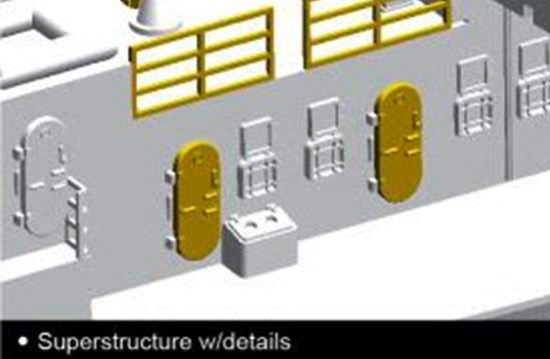 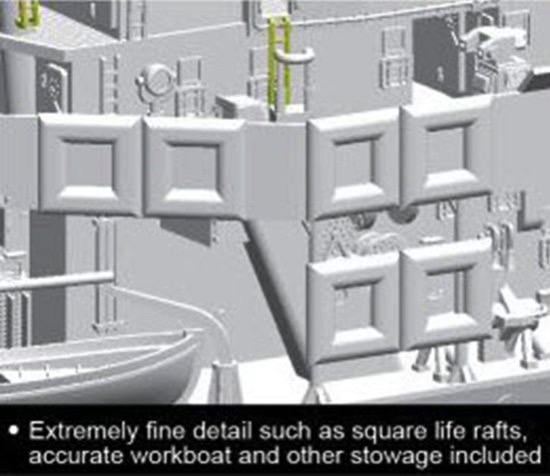 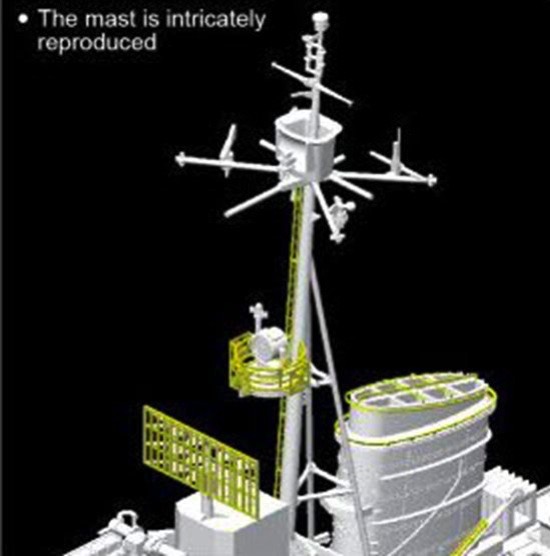 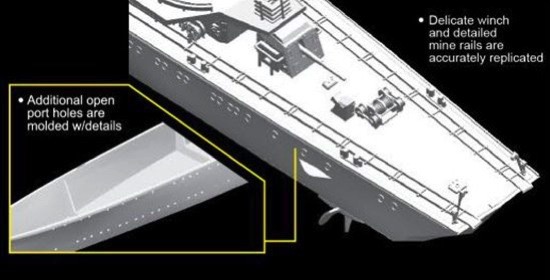 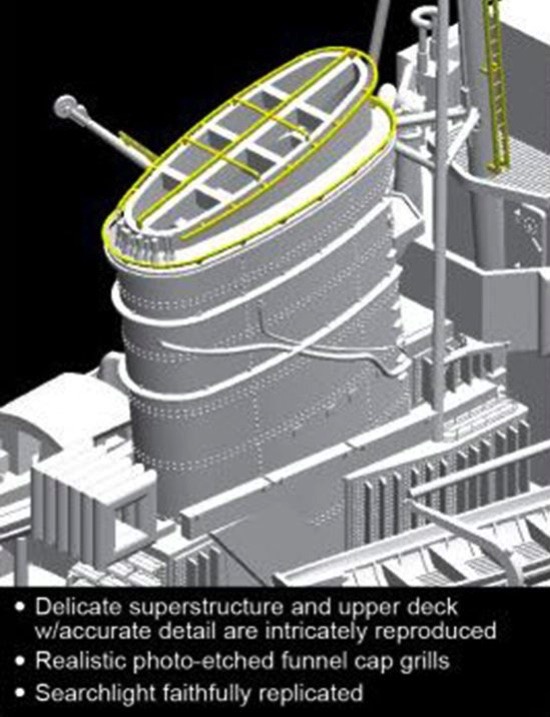 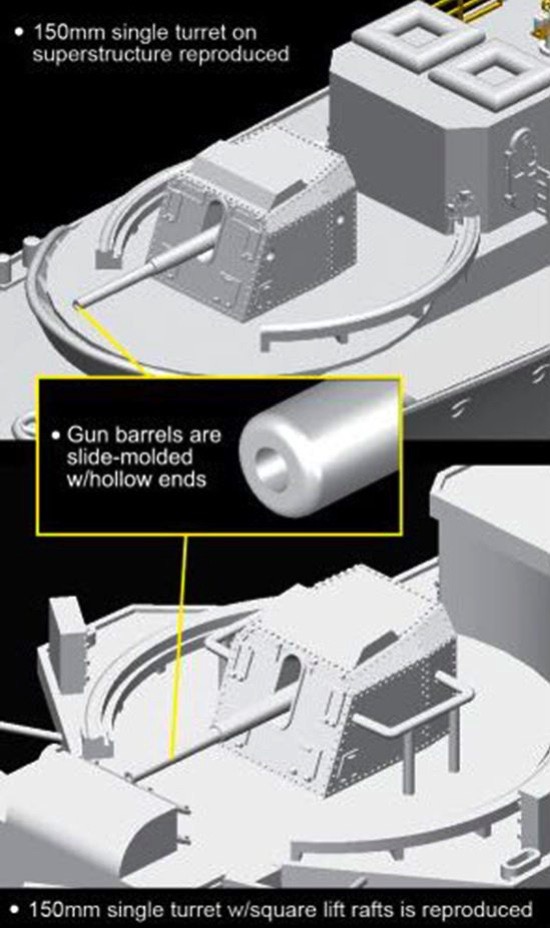 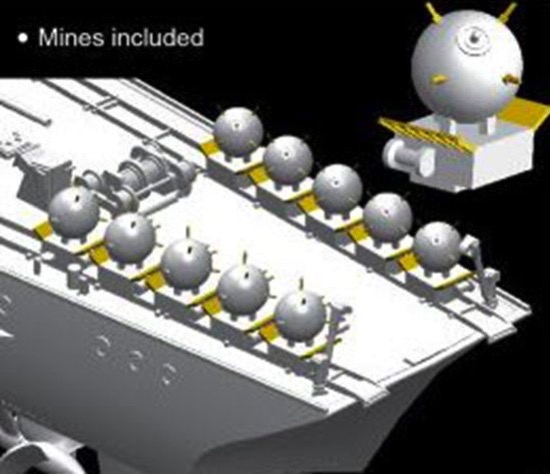 DISCONTINUED This product has been discontinued
and is no longer available.List price: $66.25
You pay: $44.89
(All prices in U.S. Dollars)

Germany produced a total of 15 Zerstorer 1936A-class destroyers, which the Allies referred to as the Narvik class. They were actually closer in size to a light cruiser than a destroyer, and they were known only by their hull numbers and didn't receive any names. They sported powerful 5.9-inch guns. The Z26 was constructed by DeSchiMAG in Bremen, with her completion date being 11 January 1941. Z26 had a combat displacement of 2,543 tons and required a crew of 336 sailors. However, on 29 March 1942, Z26 was shelled and sunk by the Royal Navy vessels HMS Trinidad and HMS Eclipse in the Barents Sea. A total of 240 crewmen were lost in the sinking.

Dragon has earlier offered 1/350 scale kits of three other destroyers, and they're now being joined by their sister Z26. This new kit comes with some brand new parts to accurately depict this earlier destroyer. For example, the bridge is all new with its rounded wings. Also new is the funnel, which has a straighter profile than those found on the later destroyers. This kit is produced with the highest levels of engineering and molding excellence, and the destroyer can be assembled as a full-hull or waterline-hull kit. A comprehensive selection of photo-etched parts is available to upgrade the sophisticated plastic components. This is a stunning kit, and when the Z26, Z31, Z38 and Z39 quartet is pulled alongside, they allow modelers to discern the development process of this important class of Kriegsmarine warship.