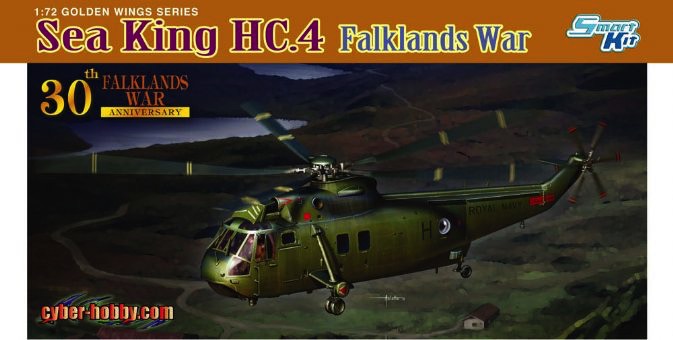 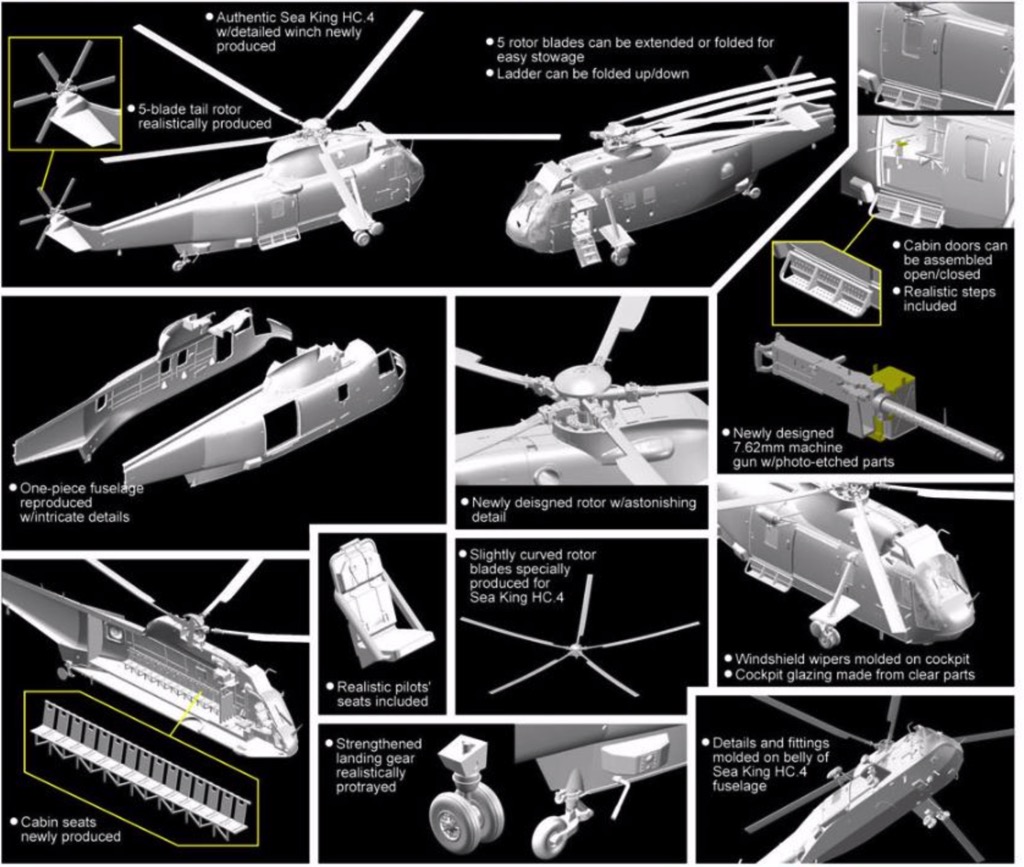 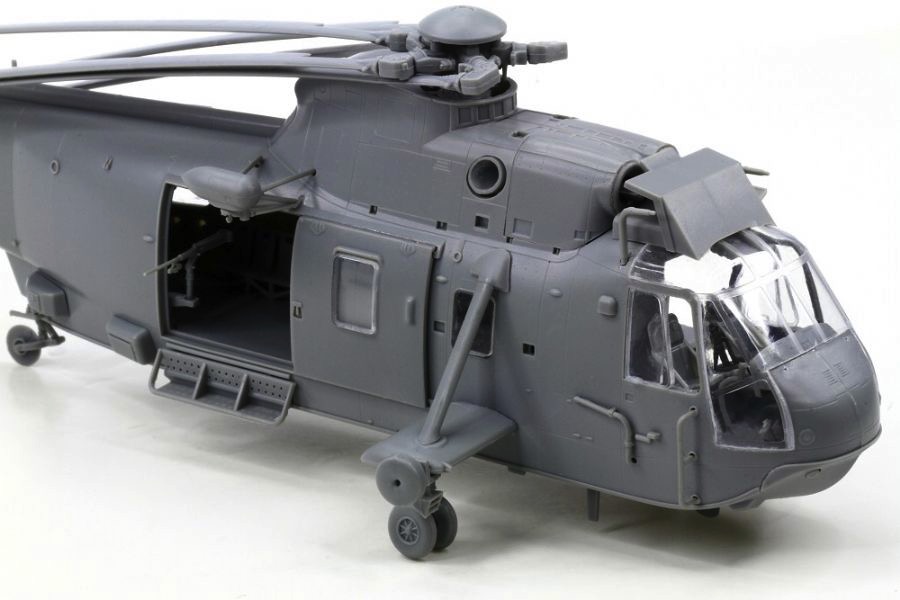 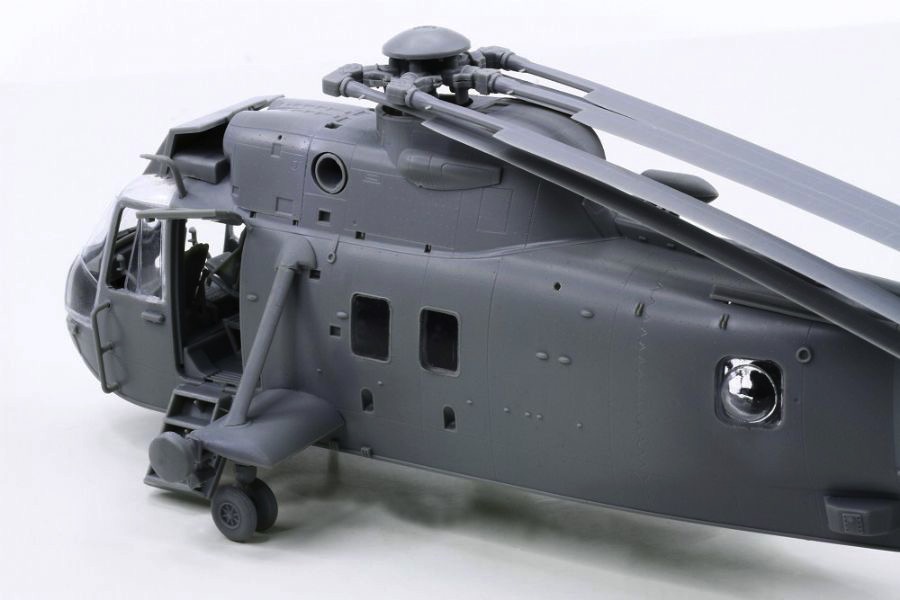 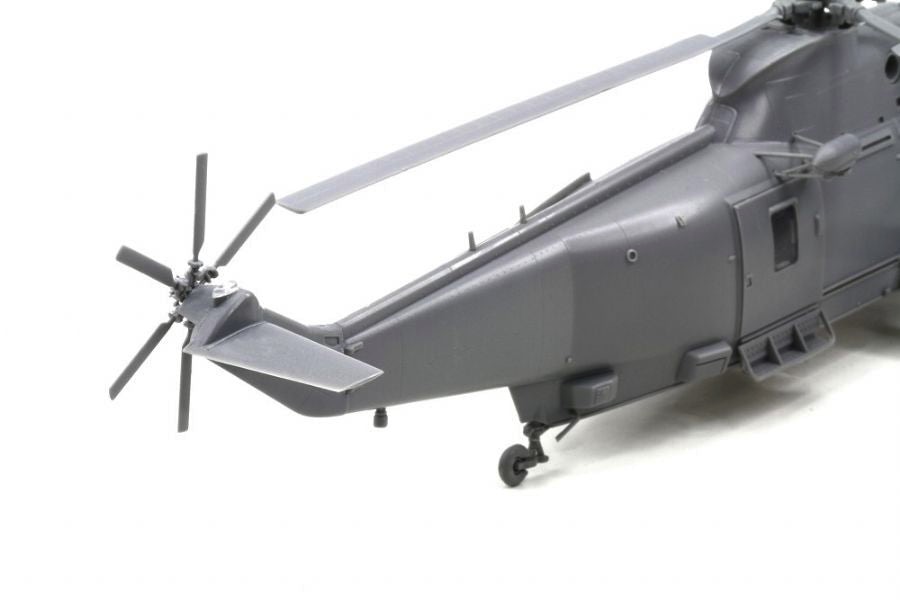 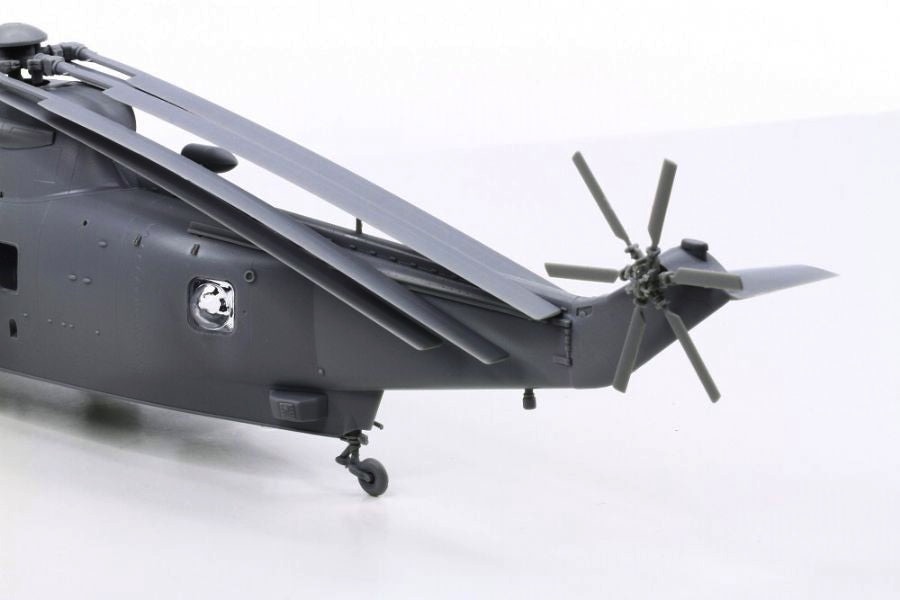 Features: This year marks the 30th anniversary of the Falklands War that took place in 1982, and Cyber-Hobby is commemorating the historic event with a brand new 1/72 scale kit. The subject is a delightful model of the Westland WS-61 Sea King HC.4, the troop-carrying variant as used by the Royal Navy. The British Sea King is a license-produced version of the Sikorsky S-61, and the long-lived design still remains in UK service. The first of an eventual production run of 89 HC.4s were delivered in 1979, just a few years before the conflict with Argentina broke out. The Sea King HC.4 was a workhorse during the Falklands conflict, transporting troops, conducting replenishments and inserting special forces. The craft can carry up to 2.5-tonne underslung loads such as a Land Rover or L118 105mm howitzer.

This Cyber-Hobby helicopter is a brand new tooling in 1/72 scale. The plastic model is well designed and cleverly engineered to induce maximum modeling enjoyment. The fuselage is correctly proportioned and is furnished with a full level of detail both inside and outside. The cabin doors can be displayed open if wished, allowing an even more tantalizing view of the helicopter's interior. The foldable rotor blades are made to true scale thickness too. With appropriate decal markings from Cartograf, this Sea King HC.4 is ready to fly into action straight from the box!