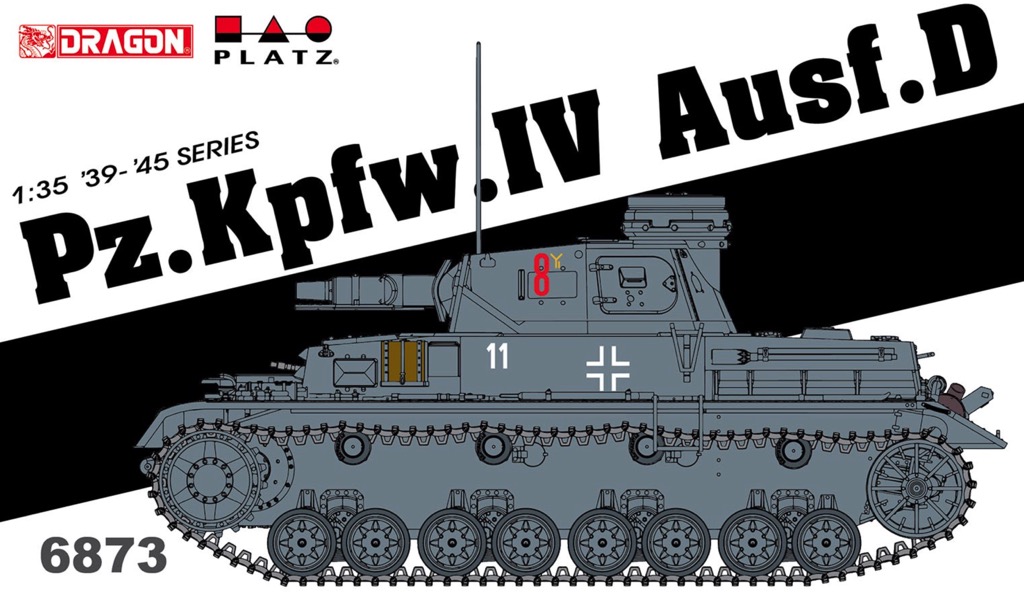 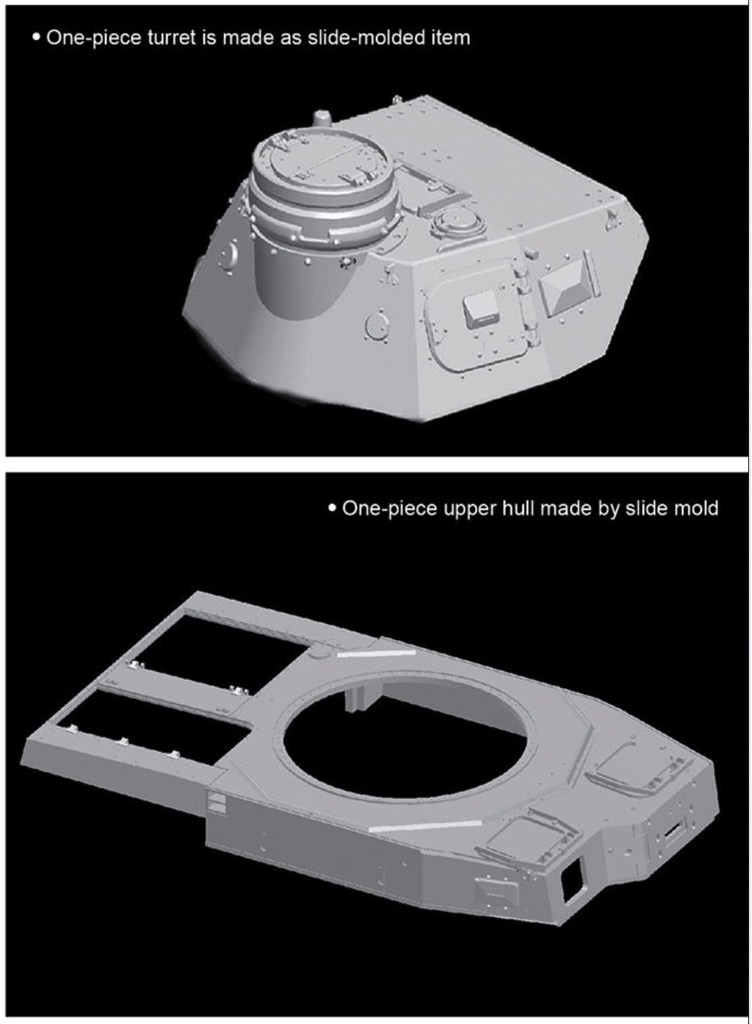 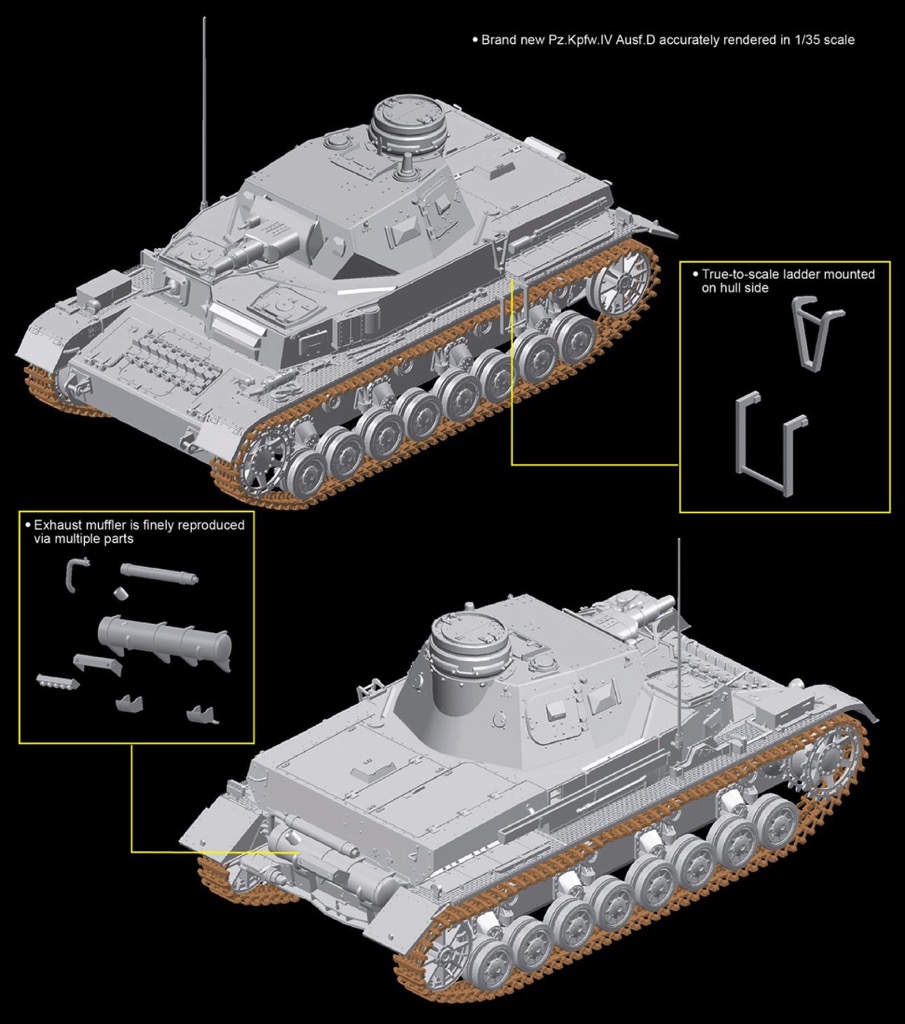 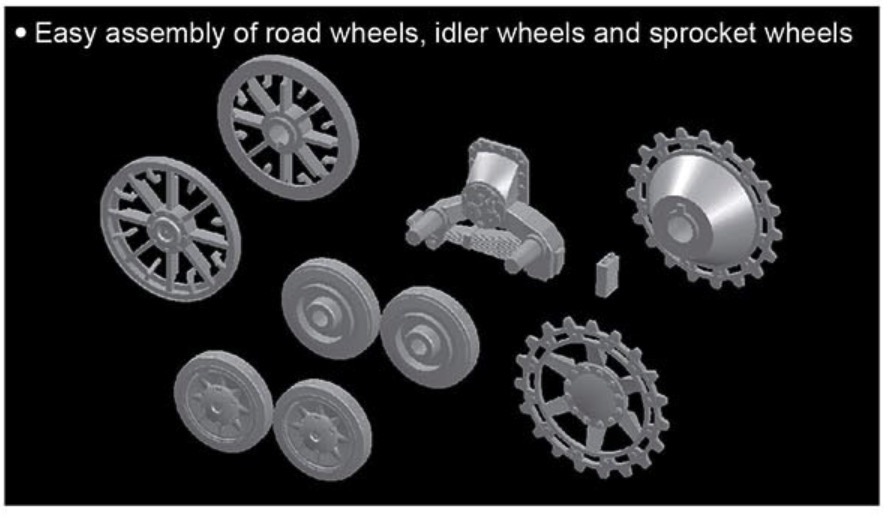 Dragon offers a comprehensive lineup of 1/35 scale kits in the popular Panzer IV family tree, and the quality of kits available just continues to scale new heights! This is obvious with the newest member of the family - a Pz.Kpfw.IV Ausf.D. Production of the Ausf.D commenced in October 1939, with some 229 tanks produced altogether through till May 1941. Like its predecessors, the Ausf.D mounted a short-barreled 7.5cm KwK37 L/24 gun in the turret. Major improvements on this mark were thicker armor on the sides and rear (upgraded from 15mm to 20mm) and the fitting of an external mantlet. A hull machine gun was reintroduced in front of the radio operator. The tank weighed 20 tons and it was operated by a crew of five. This variant was widely used in Germany's campaigns in France, the Balkans, North Africa and Russia.

Dragon has offered kits of the Ausf.D before, but this latest model is a brand new item that utilizes completely new toolings. Indeed, the only reused components on this 1/35 scale plastic kit are the on-vehicle tools, and the DS tracks that have been used on Dragon's previous Panzer IVs. This completely refurbished tank thus gives modelers a Panzer IV D built to the very highest Smart Kit levels. Furthermore, the highly experienced design team has sought to minimize the number of parts wherever possible so that model-makers are spared the ardor of repetitive assembly. It goes without saying that they've done so without sacrificing any detail either. This kit fits together with ease, and it now offers even more assembly pleasure thanks to the clever engineering. Indeed, the early-war Panzer IV D has been given a new lease of life!