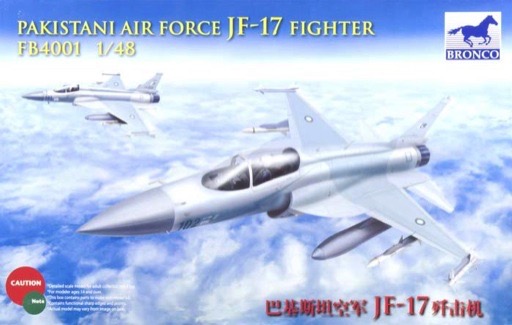 The JF-17 Thunder, also designated Chengdu FC-1 Xiaolong (Fierce Dragon) is a single-engined, medium-sized, light-weight multi-role combat aircraft developed jointly by the Chengdu Aircraft Industries Corporation (CAC) of China, the Pakistan Air Force and the Pakistan Aeronautical Complex (PAC). It is designated as "JF-17" by Pakistan, which is short for "Joint Fighter-17" and as "FC-1" by China, which is short for "Fighter China-1".

The JF-17 was developed primarily to meet the requirements of the Pakistan Air Force for a low-cost, medium-technology, multi-role combat aircraft as a cost-effective replacement for its aging mixed fleet of Nanchang A-5, Chengdu F-7P/PG and Dassault Mirage III/V fighters and also have export potential to air forces of other developing countries as a cost-effective alternative to hi-tech but expensive Western fighters.