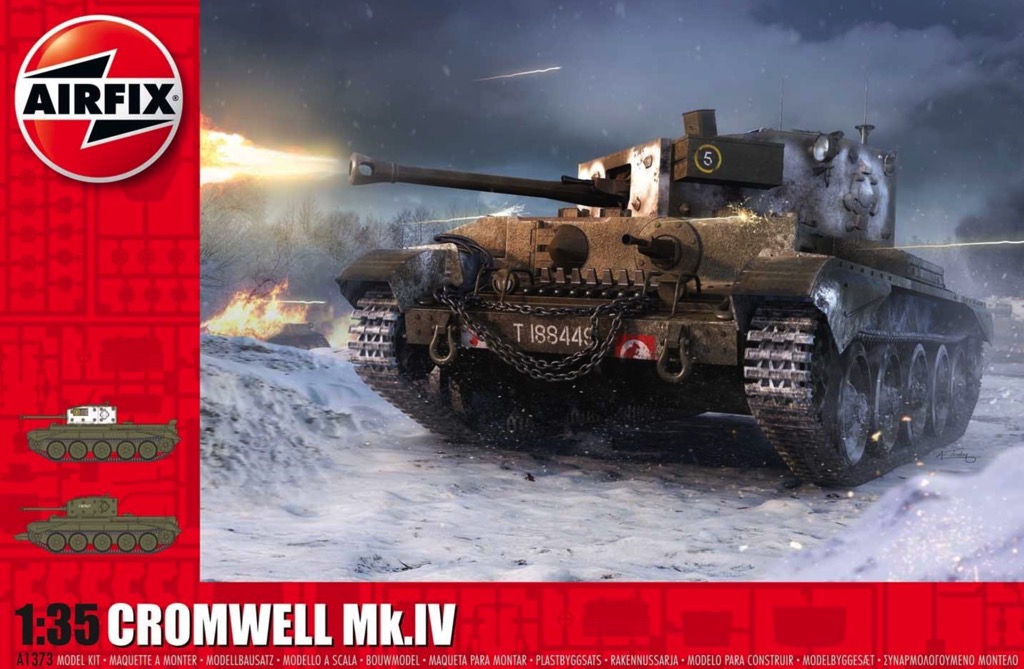 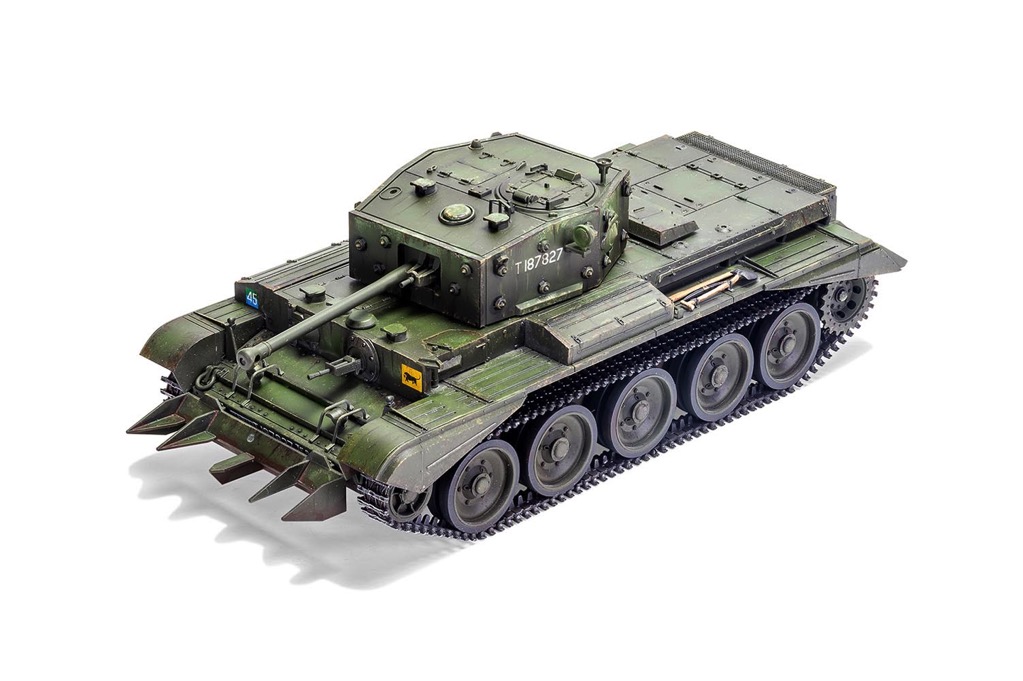 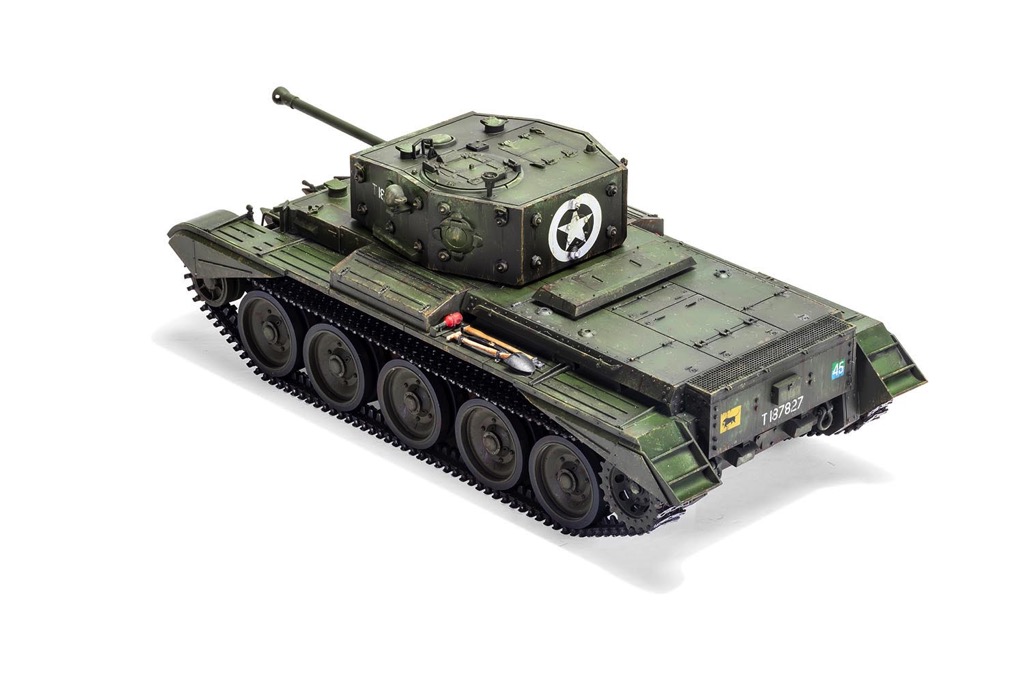 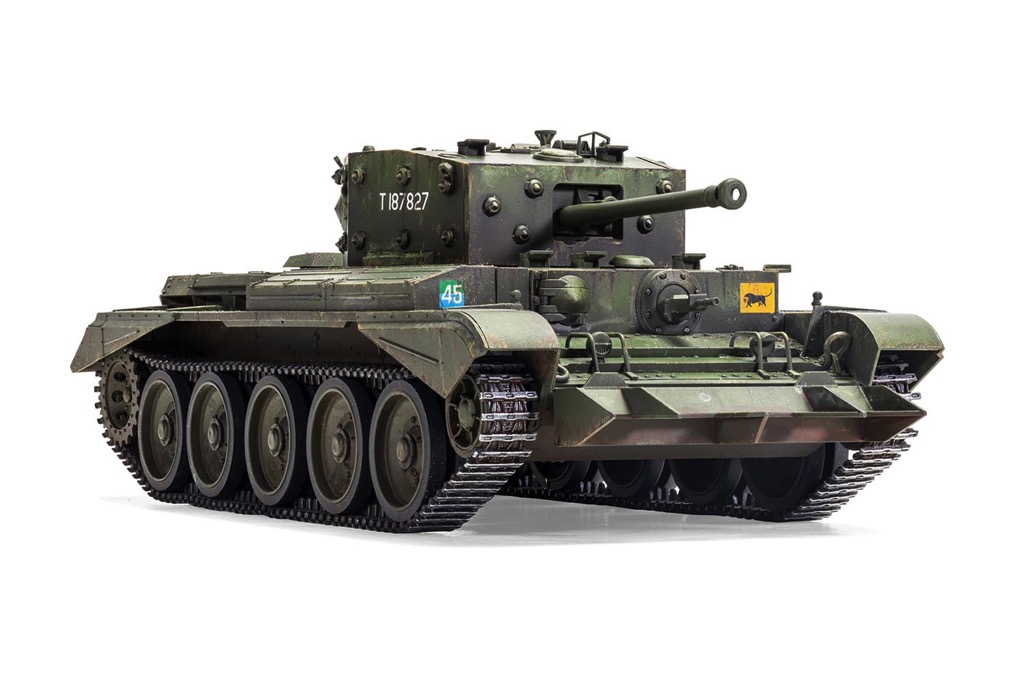 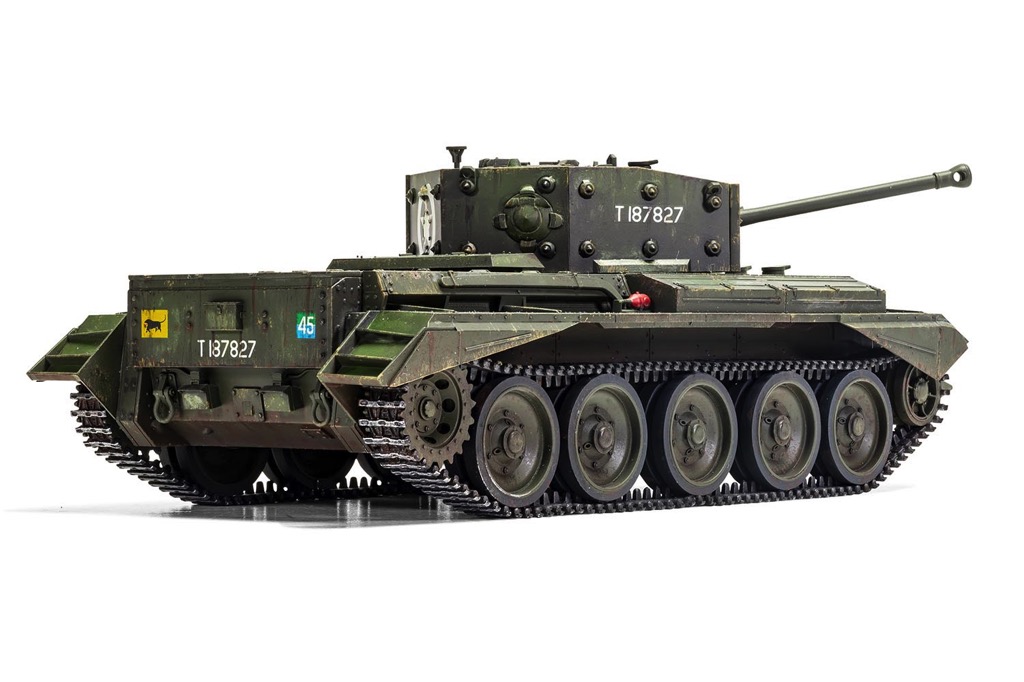 Markings for: One of a series of fast and relatively well armed cruiser tanks developed by the British during the Second World War, the Cromwell can trace its history back to late 1940 and the decision to find a replacement for the widely used Crusader tank. Due to a relatively protracted development, however, there can be some confusion with these tanks, as similar looking machines were named Centaur and Cromwell, with both being derived from the A24 Cruiser Mark VII Cavalier, the name given to the original intended Crusader replacement programme. The main reason for the different names refers to the three different engine types which were used to power the individual vehicles. The A27M Cromwell Mk.IV was the most heavily produced version of the new Cruiser Tank Mk.VIII and matched the Centaur hull with the highly effective Rolls Royce Meteor engine (A27Meteor), which allowed the tank to travel at impressively high speeds. The tank also featured a quick firing 75mm gun, which was a re-bored version of the British 6 pounder gun and allowed the commander to have the option of using American produced armour piercing or high explosive rounds. Although originally introduced in November 1943, persistent problems with the new guns operation meant that the Mk.IV would not make its combat introduction until the Normandy landings in June 1944, where its speed and mobility would complement the Sherman tanks, which were available in greater numbers. During the savage fighting in the narrow hedgerow lined lanes of the Normandy battlefield, the excellent mobility of the Cromwell was somewhat nullified and even worse than that, as tanks were forced to climb these steep banks, they exposed their vulnerable undersides to potential armour piercing Panzerfaust attack. The simple solution was to attach a steel blade hedge cutter to the front of the tank, which allowed the commander to scythe through the obstacle, keeping his tank level and still able to bring his guns to bear. This addition even provided some welcome natural foliage camouflage for the tank, as long as the bushes it didn't obstruct his gun aiming sights.