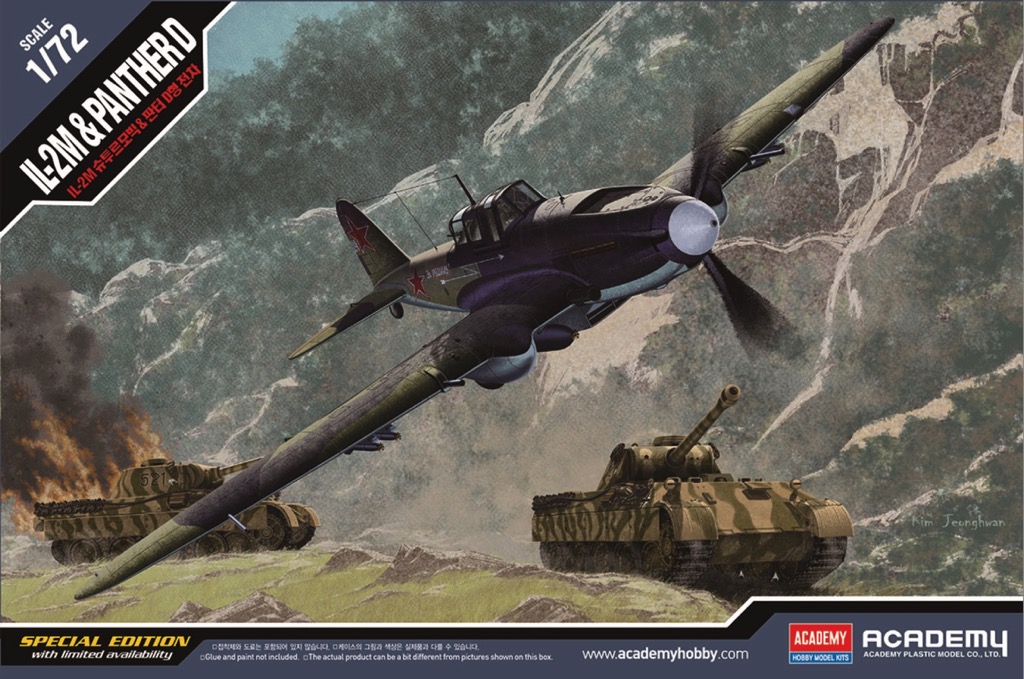 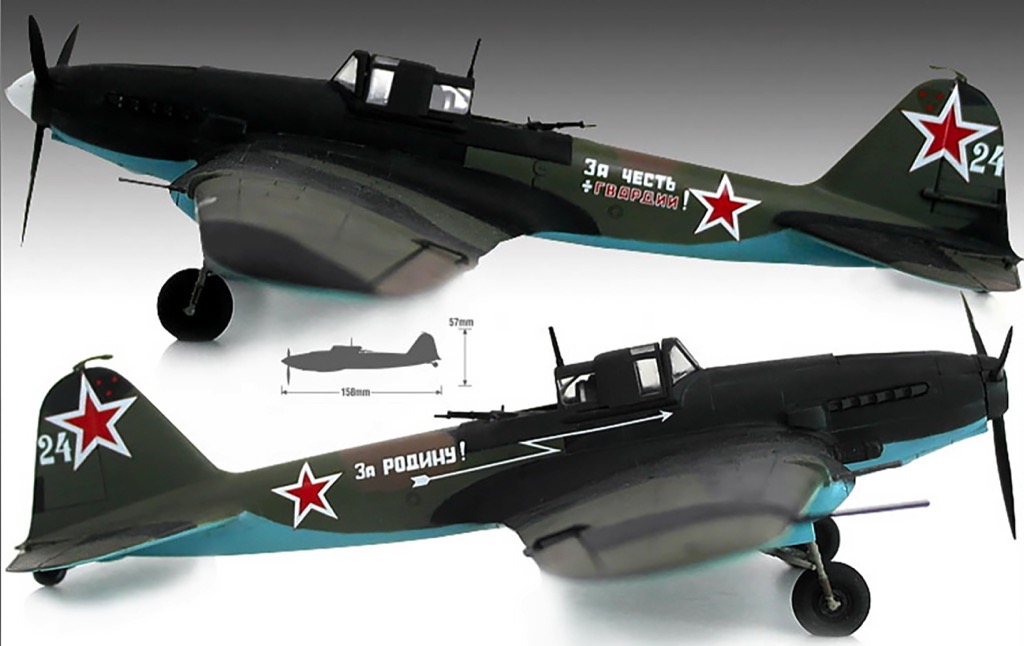 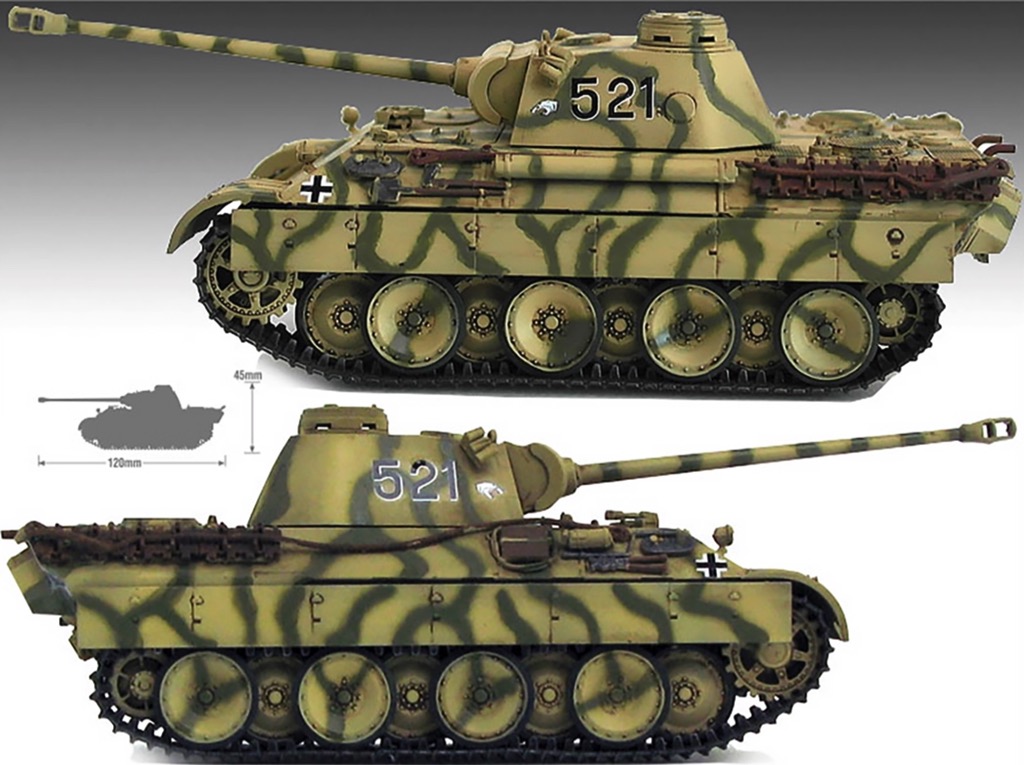 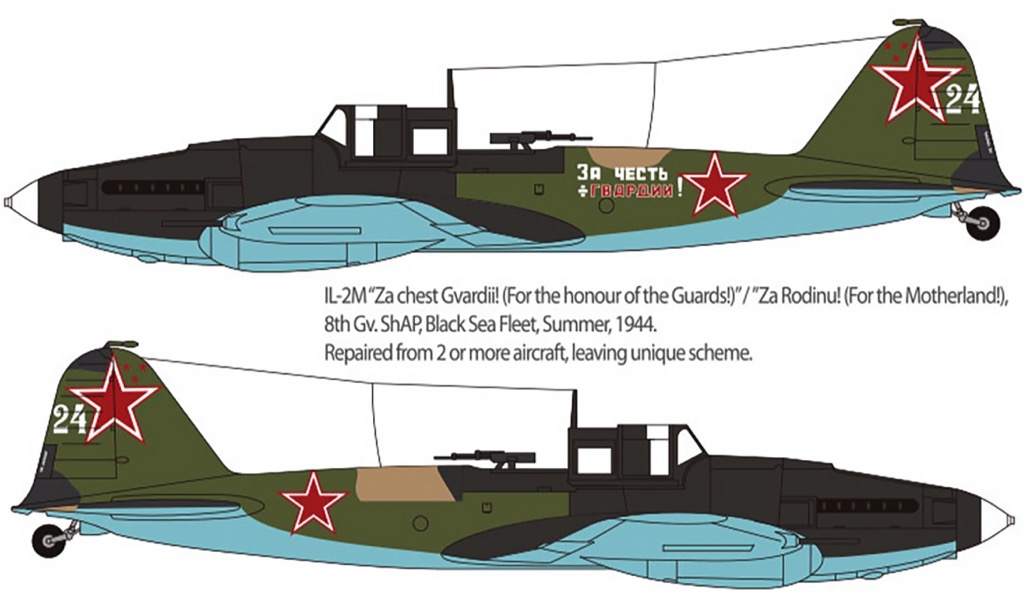 DISCONTINUED This product has been discontinued
and is no longer available.List price: $48.00
You pay: $33.29
(All prices in U.S. Dollars)

The IL-2M & Panther D kit includes both the WWI IL-2M Soviet Army attack aircraft and the German Panther D tank. During WWII, the worst nightmare of German ground troops were the Stormovik dive bombers. The IL-2M Stormovik was developed and used in 1943 while the Panther D tank was included in the 5th company of the 52nd armored battalion at the battle in Kursk in 1943. This kit includes photo-etched parts and a display stand.