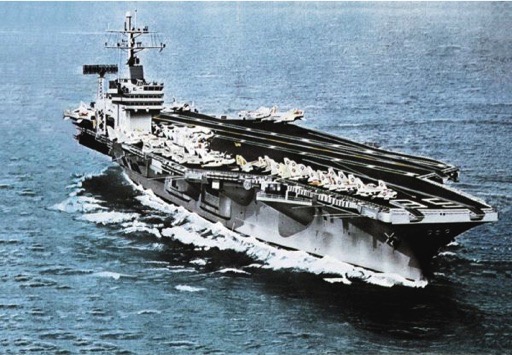 After several years of construction, the Nimitz was launched as the second nuclear aircraft carrier of the US Navy in 1972. With a maximum displacement of 94400tons, she is the world's biggest warship. She not only has room for a crew of over 6000 men, but for about 100 aircraft as well. The defence power of the Nimitz consists mainly of radar controlled eightfold trench mortars type Sea Sparrow and of catapults.