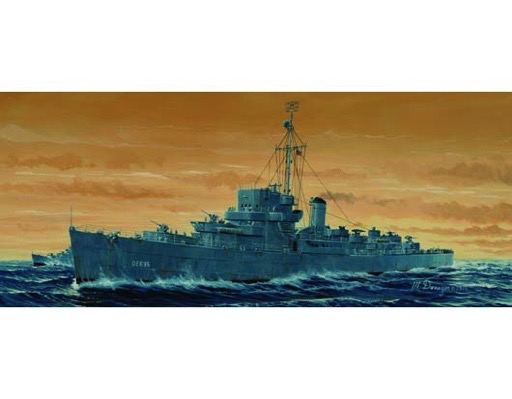 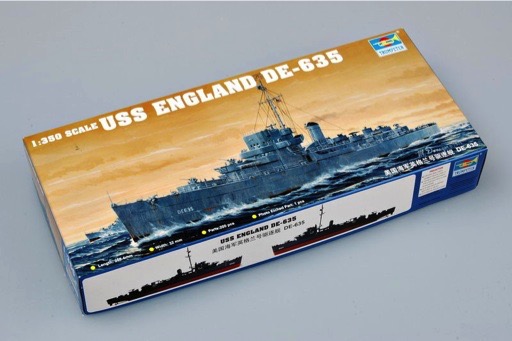 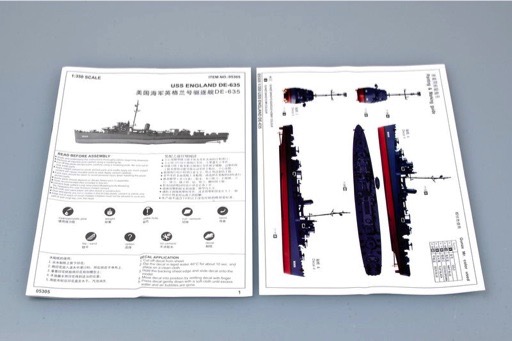 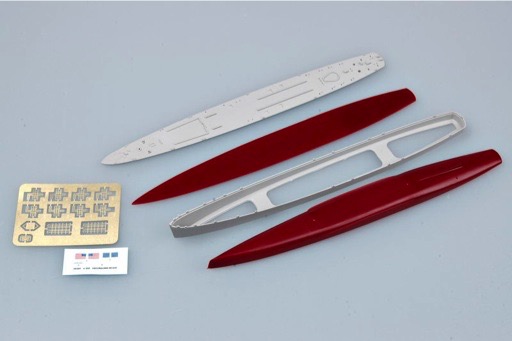 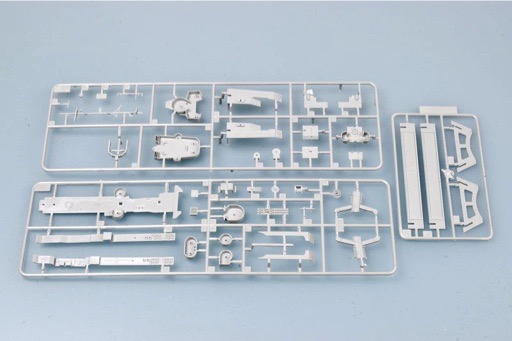 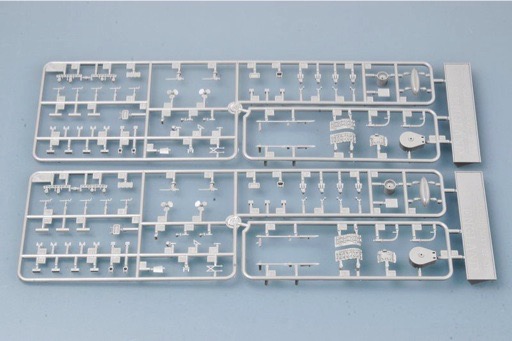 USS England DE-635 Buckley Class Destroyer
The kit has photo-etched parts & decal sheet. Markings are for 1945 measure 22 and 1943 measure 21.This model can be built either as a waterline version or full hull version. Includes display stand and name plate.

This destroyer was named after John Charles England, a radio man who served on the USS Oklahoma, during the attack on Pearl Harbor, the Oklahoma was hit by a Japanese torpedo. England escaped to the deck only to realize his ship mates were trapped in the radio room. He returned to the radio room and rescued three, he returned yet again to rescue a fourth and was never seen again. The new destroyer England was named in his honor. It served in WWII and sunk 6 enemy submarines.